Life on the Streets of Hong Kong

Seeing What Is in Front of Us

Simon unfurls his tattered sleeping bag under the shelter of a park pavilion in one of the biggest parks in Hong Kong, a city where sky-high property prices and a yawning wealth gap have helped fuel a surge in homelessness. He is only one of many who spends his nights sleeping rough in Hong Kong streets and parks, although his story is very different from most. 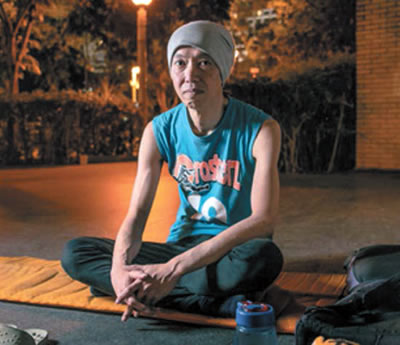 When I arrived in Hong Kong last year I was naturally awestruck by the majesty and beauty of a city that never sleeps, with its bright lights and scintillating skyline. It’s the home of the affluent businessman and the financial hub of Asia. It was a big adjustment for me, a missionary who was used to working in poor barrios (neighborhoods) in South America. But behind the bright lights and painted façade of one of the wealthiest countries in the world lies the reality that is all too familiar in many first world countries – an ever-growing inequality gap between the haves and the have nots. In Hong Kong, sometimes it’s hard to see those who are living below the poverty line. Its towering skyscrapers direct our gaze upwards so that we often fail to see what’s in front of us.

As I began to settle into my new life and role here I was looking for some pastoral work outside of the office. I was interested in working with homeless people but was hindered by the language as I don’t speak Cantonese and most of those living on the streets don’t speak much English, if any at all. However, I did join a group who were willing to introduce me to the reality of homelessness in Hong Kong and served as interpreters as we came face to face with the hidden side of Hong Kong. Many live in the underpass of motorways, making it difficult to reach them without dodging traffic. Some are migrants but many are locals. I met one couple who both work a full working week but even so, do not have enough money to rent a room so instead live in a tent in the underpass. They are served often with notices to vacate the site. We visited some elderly women who lived in an alley just off the bustling shopping streets, and it was heartbreaking to see someone who could be my own mother living on the streets. I would always imagine homeless people to be younger men mostly. It was sad to see elderly women falling through the cracks of a society that should value them more. I was told about the “McRefugees,” a term used to denote a growing group of people who seek shelter in the popular fast food outlets, where they sleep at night before being ejected prior to the morning breakfast rush. As we walked through the streets, we handed out food parcels to those on the streets and eventually ended up in Victoria Park where many homeless would spend their time. 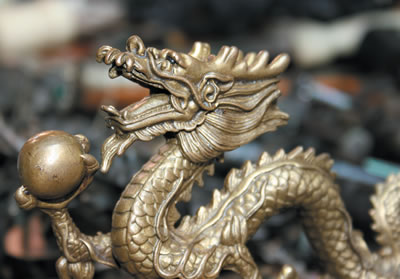 It was there that I met Simon, whose story was unlike any other I had heard that day. Unlike most homeless people who sleep in Victoria Park, Simon is not there by circumstance or bad luck, but rather by choice. He is a university educated man who was working in a decent, well-paid job but did not derive any sense of fulfilment from the work he was doing. He felt his life had lost all direction and meaning. So he decided to do something that most of us would never even contemplate – he walked away from it all. He walked away from the stress and pressure of a job he hated and the rush of the rat race that oppressed him, and chose to live his life free from society’s increasing demands. He packed up what he could carry and embraced homelessness. That was 20 years ago, and he does not regret a single moment, nor is he looking to change his situation. Happiness for him was not a paycheck or a big house or car. He found happiness, meaning and direction in being free from the constraints that society had imposed on him, and indeed on all of us. He spends his day not spending a single cent, nor looking for one. Although he is entitled to receive government assistance, like most homeless people are, he refuses to accept any handouts from anyone and does not beg on the streets. The park where he sleeps has shower facilities that he avails of and also provides free lockers where he can store his few belongings during the day. He eats leftovers from the many fast food restaurants and spends his day in a nearby library to escape the elements. He uses the library to access free Wi-Fi where he publishes his thoughts and experiences about life on the streets. He has become an active blogger and has amassed quite a following via his blog and on Facebook. Via social media he invites people to visit him where he takes them on a tour of his world. He is not trying to influence them to embrace his lifestyle but rather to look at things from a different perspective.

In our desire to succeed we can end up making slaves of ourselves. Simon has found freedom in a situation most of us would find terrifying. His testimony is inspiring as it seems to turn the reality of homelessness on its head as it shows how he has embraced his situation and worked it to his advantage. It gives meaning to the Gospel which challenges us to trust God in all our situations, regardless of how impossible they may seem. “Therefore I tell you, do not worry about your life, what you will eat or drink; or about your body, what you will wear. Is not life more than food, and the body more that clothes? Look at the birds of the air; they do not sow or reap or store away in barns, and yet your heavenly Father feeds them. Are you not much more valuable than they?” Can any one of you add a single hour to your life by worrying?

Home » Life on the Streets of Hong Kong