Mission in a Muslim Country

Columban Fr. Daniel O’Connor is part of a small group of eight in the Hyderabad Diocese, Pakistan, where they manage a health and tuberculosis clinic in the Badin Parish Church Compound in the interior area of Sindh. The government allocates a small amount of money in the health budget whereas defense is allocated a major amount of the budget, roughly 38 times the amount spent on health.

Friday is the special day for patients to come to the clinic. Dr. Zakir, a Muslim, is the doctor in attendance each Friday assisted by our clinic staff. The patients are poor Muslims, Christians and Hindus from various tribal peoples. Most live primitively in villages with no running water, no toilet facilities and no electricity resulting in pitiable health conditions. They come with a variety of diseases and sicknesses. The main issues are Hepatitis C, anemia, malaria, diarrhea, tuberculosis, chicken pox and skin diseases. 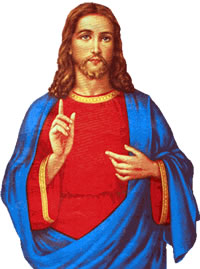 Sadly, and all too often, patients come in too late by which time they have become seriously ill. The reason being that doctors in small towns and villages want the income from the patients’ fees and also the commission from the sale of drugs. They are reluctant to refer them to better qualified doctors in Badin City.

Jesus proclaimed, “When I was poor and sick you cared, helped and cured me.”

When a person returns positive results to tuberculosis, they begin a course of treatment for six months. Vitamins and syrup are also given to help build up the patient’s strength. The patient’s name, tribe, address, age, weight and, where possible, mobile phone number are recorded and an appointment is made for their next check-up and new supply of medication. They are made aware of the importance of taking the medication, looking after their diet and personal hygiene. Most patients are illiterate, so the information has to be clearly communicated.

At each visit their weight is recorded. Children aged two suffering from tuberculosis can weigh as little as four kilograms. Adult females weigh between 24-25 kilograms and adult males 40-54 kilograms. Gradually, with treatment and better diet, their weight increases. Empty tablet packets are brought in as proof that the tablets were taken and not sold in the bazaar. Another supply of drugs is issued for the next two weeks. A token fee of fifty cents is paid to the clinic. However, if a patient is too poor, this fee is waived. Sometimes a patient may have to travel a long distance by bus from their village. In this case the fee is waived and a double supply of drugs is given to last a full month.

Sometimes patients do not return to the clinic for follow up checks and discontinue taking the medicines. The clinic staff then go in search of them to find out why they missed their appointment. Some of the reasons are:

“I stopped because I experienced some side effects from the medicines.”

“I went to another doctor because after two weeks of drugs I was still weak so I had hope that another doctor would cure me quickly.” “I did not have money to travel to your clinic as my husband would not give me money.”

“I did not have money to travel to the clinic as the landlord whose crops I till would not advance me any money.”

“I was not quickly improving in health so I went off to see the witch doctor.”

“We went eight hours travel away from Badin to labor in the rice harvest to be able to obtain food to eat.”

Sometimes when a woman is sick her husband and his family will send her off to her own parents to care for her. When this is the case the health center staff are occasionally able to reconcile families. During 2016, 146 tuberculosis patients completed their treatment and were fully cured. Twenty-three went missing and were unable to be traced. Four were referred to another hospital for further investigation and sadly, four died.

Columbans in Pakistan are grateful for the support, both material and spiritual of our generous benefactors. You share with us in sharing in the Reign of God in this part of the vineyard. Jesus proclaimed, “When I was poor and sick you cared, helped and cured me.”

Home » Mission in a Muslim Country