Not all Wounds Bleed

Let In the Light

Recent Anzac Day commemorations in New Zealand made a special attempt to recognize that “not all wounds bleed.” There has always been great sympathy and understanding for those who suffer physical injuries, but the same recognition and understanding has not been there for those who suffer with mental health issues. There was a stigma attached to them that just added another layer to the suffering. The mentally ill were often put in institutions where they were kept out of sight – a symbol of the reluctance to deal openly with psychiatric issues. 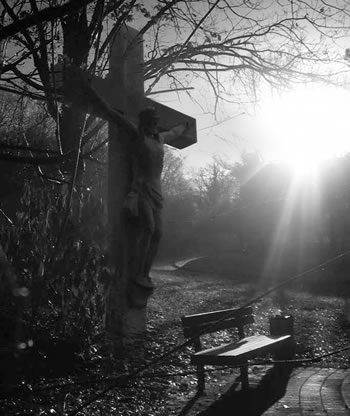 This move on Anzac Day reflects a growing concern about mental health in New Zealand. In spite of all the advancements that promised to make life easier, there are many indicators that the opposite is true. Modern living can be extremely stressful. At times it is hard to make even the smallest decision without consulting legal, financial, or technological experts to avoid a minefield of possible bad outcomes. The pace and noise of life keeps increasing, leaving people little space for reflection or quiet. New forms of intimidation, bullying and shaming have emerged. It is not surprising that in this kind of world people have anxiety issues and suffer from depression.

The good news is that a campaign like the Anzac Day and the influence of public figures here in New Zealand, who have opened up about their own struggles with depression, is creating an environment where mental health issues are no longer hidden away along with the people who suffer from them. People have been encouraged to speak out and be heard on a range of issues effecting them.

I had my eyes opened to the world of the mentally ill in 1978 when I spent a year in a chaplaincy training program at Worcester State Hospital in the United States. It was at this hospital in 1925 that Anton Boisen set up the first CPE (Clinical Pastoral Education Program) as he was convinced that caring for deeply troubled people, which was his preferred term for people with mental health issues, was essentially a pastoral ministry. When I started I had no idea of the range of issues and illnesses that affect people’s mental wellbeing or the forms of treatment that were used to deal with them, but I learned a great deal that year.

Last year the issue became more personal when I experienced for the first time a number of panic attacks triggered by anxiety about travelling from New Zealand to Ireland. The day before I was to fly out I found myself being taken by ambulance to Hutt Hospital where I spent about six hours being checked for and cleared of heart issues. In Ireland it became clear that the basic issue was anxiety. 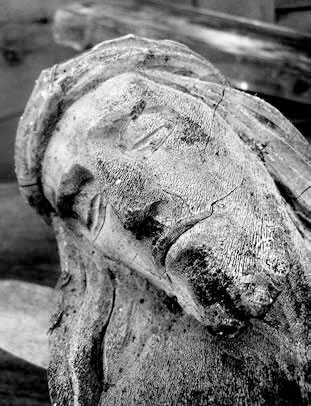 Although these were my first panic attacks, I could see that anxiety was an ongoing issue for as long as I remember. It was at the root of my decision to leave the Philippines in 1980 and also Jamaica in 1986. Signs were present even earlier in my seminary days and on diaconate in England, but I was not ready to face them then.

The people who came to Jesus found the man “clothed and in his right mind” is one expression of the concern of Jesus for the full person, body, mind and spirit.

I also noticed that what helped me get through the bad times were some good people who had faith in me when I had none in myself. I am especially grateful to two Columbans: Fr. Garry French, who helped me find a new direction after I returned from the Philippines and Fr. Eamon O’Brien when I got back from Jamaica.

Something else that helped was a suggestion that what is needed is often counter-intuitive – though I feel like being alone, it would be better to be with people, though I feel tired and without energy exercise might be the better option, though I need help, helping others may be the best thing to do. When I was struggling in Jamaica, reading somewhere that depression involves a loss of perspective also helped as it made sense of what was happening to me. My friend and classmate Enri McAoide reminded me of this when I was struggling in Ireland and taught me to keep my focus on the present.

The Gospel story of the Gaderene demonic, which ends with a simple statement that the people who came to Jesus found the man “clothed and in his right mind” is one expression of the concern of Jesus for the full person, body, mind and spirit. He also encouraged people not to worry and the most repeated message in the Gospels is “do not be afraid.” Though many mental issues at that time were attributed to possession by an evil spirit, the compassion of Jesus for those suffering in this way is evident as is his desire for their healing and restoration.

So I write this to remind myself that many wounds do not bleed and that there are many ways for the light to get in.

Home » Not all Wounds Bleed