The missionary journey of Jorge Juaregui, called Coco for short, and his wife Rosa Ramirez, began when the Columban Fathers assumed responsibility for the rapidly expanding housing estates being built on land that was once part of a large rural hacienda called Santa Rosa near Jorge Chavez International Airport (in Peru). Bishop Lino Panizza OFM Cap named the new parish Saint Francis Xavier and Saint Columban Missionaries in recognition of the long missionary contribution the Columbans have made to the Diocese of Carabayllo since their arrival in Peru in 1952. 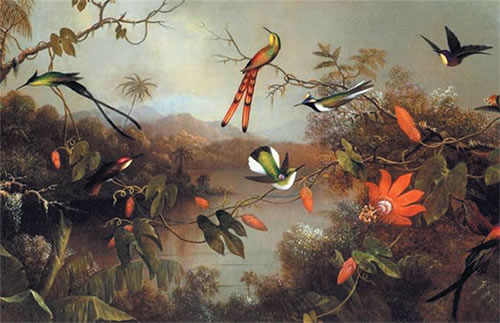 Columban Father Tony Coney from Belfast in Northern Ireland quickly made friends with Coco and Rosa when he began visiting families in the area while trying to establish a new Catholic community. Both Coco and Rosa said they were initially attracted to the Church by Fr. Tony’s approachable manner and the open empathy the Columbans showed the people of Peru, especially the poor. Originally, both Coco and Rosa admitted they had never considered participating in a Christian community because they believed only saintly people went to church.

...they came to know and love Jesus as their personal Savior because of the way they saw how Jesus changed the lives of people who participated in the community.

When Fr. Tony eventually managed to acquire a 2,368 square foot block of land not far from bustling Avenue Canta Callao on which to begin building a church close to where Coco and Rosa lived, he invited them to become members of the new community named Lord of Mercy (Senor de la Misericordia). They soon found themselves helping with various ministries such as baptismal and First Communion preparation, so much so, they came to know and love Jesus as their personal Savior because of the way they saw how Jesus changed the lives of people who participated in the community. Rosa, reflecting on this early experience of both with Coco and her own journey of faith as active members of the community Lord of Mercy explained, “It’s not because I’m a saint that God loves me but because of my weakness and vulnerability. We’re all sinners but God lifts us up and loves us.”

When the Columbans handed the parish over to the Diocesan Clergy in July 2017, Coco and Rosa began to miss the Columban charism of finding Christ in the World. Their long association with the Columbans had led them to appreciate Jesus not only as a person who ministered in the Temple but as one who went out into the world to encounter God’s people. As a result, they decided to become collaborators of Columban Mission in their own home country of Peru.

However, one thing kept them faithful to their call as missionaries. They realized that the mission was not only theirs but God’s!

In spite of their willingness however, they needed a time of preparation to learn how to be lay missionaries to their own people. This took the form of participating in courses run by the Columbans in the Columban Center of Mission Education in Los Olivos, Lima. Coco and Rosa found many of the courses such as practicing forgiveness CMin the family and learning how to respect and care for Creation useful, but the most positive aspect of the formation was that of gaining a new vision of themselves and others. A serious obstacle that can be easily overlooked when forming Peruvians from the less fortunate sectors of society to be lay missionaries to their own people, is recognizing that the inherent inequalities of Peruvian culture often militate unconsciously against enabling the poor to develop a strong sense of their own worth as persons. Hence, the courses undertaken by Coco and Rosa helped them gain confidence in themselves as protagonists of their own future rather than being just victims of a tragic and unfair past. As Rosa explained, “Even if we’ve been downtrodden we can still stand tall because our dignity comes from God.”

After a year of continuous training and accompaniment, Coco and Rosa were ready to take on a new mission. When Columban Fr. Ioane Gukibau returned to Peru from Fiji he became the new Director of the Peruvian Columban Collaborators. Seeing their enthusiasm, Fr. Ioane appointed them to a challenging mission in a very poor area called Nueva Jerusalen (New Jerusalem) in an isolated part of the parish of the Holy Archangels in Huandoy.

Coco and Rosa found the people there very resistant to participating in any church activity. They went continually for a year visiting the small village of New Jerusalem only to be completely ignored. Coco says “it got to the stage where both Rosa and I seriously thought of tossing it in.” However, one thing kept them faithful to their call as missionaries. They realized that the mission was not only theirs but God’s!

“Even if we’ve been downtrodden we can still stand tall because our dignity comes from God.”
– Rosa Ramirez

Then one day after months of seeming futility changes began to occur. They began taking care of a man, Walter Tapia, who suffered from Parkinson’s disease and had been abandoned. As they took care of him, little by little, the people began to take notice and open themselves to them. Coco recalled that, “Something clicked and the people saw that we really were interested in them.” It was the breakthrough they had hoped for but never expected until it finally happened!

Today, they continue as missionaries to their own people in New Jerusalem but grateful that God showed them the way to reach the hearts of a tough people by caring for the most abandoned member of that community when all hope of evangelizing them seemed lost.