A Voice for the Vulnerable

Language is a basic skill we need to communicate, to express our feelings and to understand others. But, we are divided by different languages used in nations or cities. We can easily say what we want to say to others if we are in our native land, but if you are a migrant seeking a good life in another country and you are not familiar with the local language, how can you express yourself to the locals who do not understand your own language? This challenge of dealing with language barriers reminded me of a migrant, named Jamby, I met in Chile. Jamby is a 45-year-old single mother, a Muslim from Zamboanga City, Philippines. 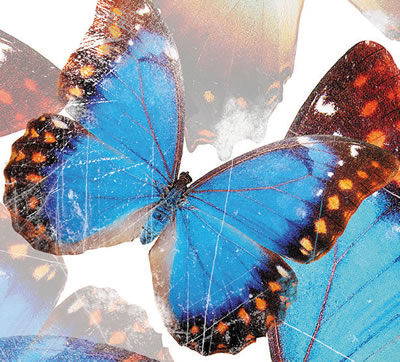 Before going to Chile, she worked in different countries to provide for the needs of her child. Her experience in previous countries was not met with any difficulties. But it was when she arrived in Chile in 2015 that she faced struggles. It was her first time in a Spanish-speaking country, and she couldn't speak the language.

Jamby's first job was as a housekeeper. It was her first time to work in a household. Her first employer didn't give her the chance to practice her religion. After two weeks into her job, she asked if she can have at least 20 minutes each day to pray. Because of this, her employer terminated her contract. She had to find other work and was hired a second time. But her new employers were very strict and didn't give her enough food to eat. So she decided to leave and look for another job.

Eventually, she was able to find a job to work for a family of five, a couple and their three children. They were also foreigners who migrated to Chile. At first, they were very good to her. There was a time when Jamby had an accident, and they took good care of her in the hospital. She became closer to them as she took care of the children.

Although she began work in January 2016, the contract they gave her stated her employment began in August. Jamby did not question her employers because of the kindness they showed her. But then, her concerns didn't stop there. Whenever the parents went out and returned late in the evening or sometimes not until the early morning of the next day, she would take care of the children. But she never received overtime pay for the extra time she worked. There were also times when her salary was deducted for different reasons–a stain not removed from washing their clothes or whenever there was an increase in their electric or water bill. Each time, she noticed her salary decreasing. Although she was recording the amount she received, she still didn't say anything to her employer.

But it was when she arrived in Chile in 2015 that she faced struggles. It was her first time in a Spanish-speaking country, and she cannot speak the language.

When she informed her employer about the requirements and the penalty fee, her employer forced her to make a voluntary resignation by signing a paper saying that she had terminated her employment. Jamby knew that if she left without legal papers, she wouldn't be able to find a new job. No one would hire her because her visa has already expired. Jamby did not sign the termination paper because she would be left with nothing to help her find a new employment.

This happened late in the evening, and they told her to leave. Jamby had to plead with them to let her stay the night because she had no place to go. Early the next morning, her employer brought Jamby to town with all her belongings. Jamby was able meet a friend whom she called for help. They went straight to the Department of Labor to file a formal complaint against her employer. It is fortunate that migrant workers are protected by the labor law in Chile.

Since Jamby can't speak Spanish, she was asked to find someone to help with translating when they set up a meeting with her former employer. I was approached by a common friend if I could help. Without hesitation, I said yes. It was when I met with Jamby that I fully understood her situation.

Indeed, justice was served. Winning this case not only gave Jamby stability and security, but it also brought back her dignity which was taken away from her for a long time.

I accompanied her on the day the meeting was scheduled, but her former employer didn't show up. The Department of Labor then decided to bring her case to the court. Jamby was provided a lawyer to represent her pro bono. I was asked to be the interpreter for the duration of the trial.

The court proceedings took several months. During the trial, her former employer gave her own version of what happened, but because of the strong evidence against the employer, the judge decided in favor of Jamby. The former employer was required to pay everything she owed Jamby during her employment including the penalty to the government.

Indeed, justice was served. Winning this case not only gave Jamby stability and security, but it also brought back her dignity which was taken away from her for a long time. Now, Jamby has found a new job. Although she is only working part-time, she has a good employer who helped her in getting a permanent visa and a contract covering her health and security insurance.

Like Jamby, there are times we face hardships. But with the help of others who give us hope, we can continue to walk through life. Being a voice for those in need is a big help to them. This was not the first time that I was asked to be an interpreter for migrants. I also help in processing papers for those who cannot speak or understand Spanish. Mission is not limited to serving those within our own religion. This was my way of crossing boundaries to reach out to others.

I am very grateful to be a part of the Columban missionaries. They are the ones who have molded me. They gave me the opportunity to study and learn Spanish. Knowing the language is the key, not only to learn more about the culture, but also to be a voice for the vulnerable and fight for each person's rights.

Although we have different existing languages, the most powerful language is still love. Fighting for what we believe in is right and just, but we should always do it out of love.