A Home for the Sacred Heart of Jesus 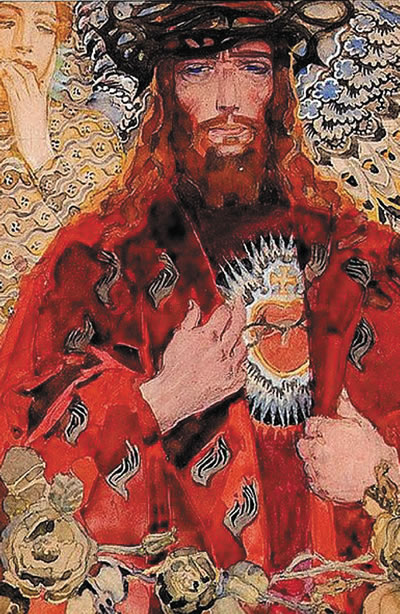 Fr. Joe Ruys, a Columban Volunteer in Peru from Melbourne Archdiocese in Australia, had originally founded the community along with Maritza and Jorge on July 1, 2007, and had lived nearby to accompany them. As is the custom in Peru, Fr. Joe sought out local landowners who still had agricultural land on the outskirts of Huandoy parish seeking a donation of land on which to build a chapel in honor of the Sacred Heart of Jesus. Meanwhile he worked tirelessly on behalf of the community helping them build their first simple chapel made of estera, or woven bamboo, on land rented from a land developer called Raimundo. This was a temporary arrangement as Raimundo let it be known he had other plans for the land. When Fr. Joe’s time as parish priest of the Holy Archangels parish of Huandoy came to an end in 2012, there was still no sign of a likely donor. Seemingly, Fr. Joe’s entreaties had fallen on deaf ears! Finally, when the Municipality of San Martin de Porres in Northern Lima finally organized to have water and light put on in the housing estates in Chuquitanta, the value of the land in the area quadrupled overnight. The community realized they would have to find land soon or face an uncertain future. It was obvious to all the community that the Sacred Heart of Jesus badly needed a home!!

When I took over as parish priest from Fr. Joe in 2012 all our missionary team could do was accompany the community and help them keep their hope alive. During this time, Maritza and Jorge gave generously of their time and energy to help build and strengthen the fragile but growing community. Nevertheless, they couldn’t help but feel anxious because they knew the community needed a secure spiritual home for themselves and their patron, the Sacred Heart of Jesus. One day Maritza came to me saying, “Padre, what are we going to do? Nobody wants to donate any land to us and I don’t know how we’ll keep going if we can’t find a place for a church?” “Look,” I responded, “if God wants the community to get land for a church, He’ll bring it about!! Keep your faith in the Sacred Heart of Jesus alive.” Mind you inwardly, I too was worried for the same reasons she was!

I witnessed firsthand the deep veneration the community had for the Sacred Heart of Jesus, and I gave thanks to God their faith in Jesus’ Sacred Heart had brought them this far.

Knowing that the axe would fall sooner or later on their tenure in the temporary chapel on borrowed land, Maritza and Jorge approached another land developer who had sold them the land on which their own home was built. Since they were neighbors, they hoped he might favorably consider their petition to set aside part of the green area in front of their house for a chapel, which legally he was entitled to do. Instead, he adamantly refused. In desperation, Jorge asked me to write a letter to the land developer asking him to donate a section of the park for a church. Soon after, my time as pastor of Huandoy parish came to an end in November 2014 when I was assigned to do mission promotion in Australia.

You can imagine my surprise on that Sunday morning five years later when I saw the community with land of their own! Over lunch I asked Maritza and Jorge how they’d managed to acquire a site on which to build a church. Jorge started off saying “After you left Padre we tried countless times to find land on which to build a church but nobody wanted to donate any land, they were only interested in selling it to make money. Our faith was sorely tested, but we prayed continually to the Sacred Heart of Jesus to help us realize our dream. Then in 2018 the law in Peru changed concerning land set aside in parks for educational purposes in newly built housing estates giving both the land developer and the homeowners who’d purchased land from the original owner the opportunity to put the land to other uses if there was no need of a school in the area. However, the decision had to be ratified in a joint public Assembly.” He continued on, “Well as you can imagine Padre there was a lot of wrangling over how the land on offer should be used, and we the Catholic community were in there fighting all the way. When the day for the Assembly came in December 2018 the land developer wanted to donate the land for a community center, but we held firm and argued that we had been seeking land on which to build a church for a long time, and we were not about to give up now! He retorted, ‘since when?’ And then we showed him your letter Padre and that convinced him we were in earnest and the land was donated to the church. And that Padre is how we found a home for the Sacred Heart of Jesus!”

Home » A Home for the Sacred Heart of Jesus