The Joy of Sharing

Living the Joy of the Gospel

One day, words on the poster at a local charity shop caught my attention. “…Can you donate two hours of your time to raise funds for people who are blind or vision impaired?” I am not only interested in people with disabilities, but this phrase, people who are blind or vision impaired, reminded me of my lovely kids at the center where I work in Payatas.

The poster was about recruiting volunteers for “Tesco Bag Pack Day.” However, I couldn’t get enough information about what volunteers would actually be doing. I vaguely imagined that volunteers would pack gift bags for causes like “gift-giving” for Christmas in the Philippines since Tesco is one of the many big chain supermarkets in Ireland. When I asked my host mum what “bag pack” means, she told me that if volunteers helped customers pack their groceries, then the customers would donate some of their change. It was a fairly new concept of fundraising to me. I applied for it because the aim, which was to help vision impaired children, was a worthy one, and I thought it would be good experience for me. 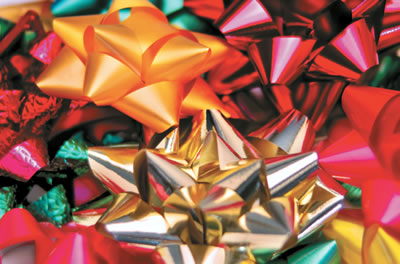 On that day, I was standing beside the grocery counter with a donation basket. On the way to Tesco, I was half in doubt that people would really respond to this kind of campaign. Anyway I put my concerns behind me, and greeted the cashier. She welcomed me and was pleased about meeting a Korean volunteer for the first time.

When the campaign started, my concerns proved unfounded. Most of the customers participated in the campaign. What is more, unlike my worries, their reactions seemed natural as if they were familiar with it. There were people who first requested “would you help me to pack?” and some people donated their change even though they packed the things by themselves. Even those who did not donate, expressed that they were sorry for not being able to help when they saw me. I could not help being surprised by these unexpected responses. One of the impressive moments for me was seeing most parents who came with their children encouraging them to put their coins into the basket. When I witnessed people having a natural and open attitude toward charity, I wondered where their personality originally came from, and I found the answer through this encounter. They might have learnt naturally by being exposed to this kind of experience since they were a child.

One of my impressions I received of the people here is their openness to sharing, that is, sharing of time, talents, emotion, money and so on. For example, when I sent an email inquiring about the possibility of volunteering at a homeless center, I was informed by the staff that there were no more vacancies available for volunteers. I was slightly surprised by their reply at first. No vacancies…!

I also know some teachers who have been volunteering during their free time after work in a variety of groups such as the women-centric organization, the refugee solidarity group, etc.

The people whom I met in Tesco as well as my teachers have helped me reflect on the different ways to practice love for our neighbors. I believe that if we keep the joy of sharing what we have with the people around us, we will be able to live the joy of the Gospel in our journey, and it will change our life as well.

Home » The Joy of Sharing