Mike and The Mechanics

A School for Young Men

Columban Fr. Michael Doohan is not a member of the English rock group! The Columban missionary set up a school for mechanics which has provided scores of young men on Negros Island, Philippines, with a livelihood. He shares his story in his words.

I grew up on a farm in Co. Clare, Ireland, with four brothers and five sisters. We all did our share on the farm, helping out during the holidays. My brother John, who was five years older than me, joined the Columbans after school. When a Columban priest came to my school to give a talk on the Maynooth Mission to China, I understood John’s decision. I too decided to join. At the time I had never been outside Co. Clare. 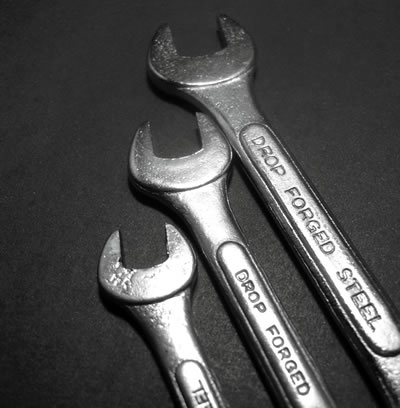 I was ordained in 1952 and set off for the Philippines on June 24, 1953, where I was assigned to the mountains of Candoni, one of the towns in the south of Negros Island. The only available transport at the time was by horseback.

Then in 1974 I was transferred as chaplain to SONEDCO (Southern Negros Development Corporation), a sugar milling company. There was no house and no chapel. My brother John lived in the parish of Himamaylan which is about fifteen minutes by bus from SONEDCO. I stayed there initially and borrowed his motor bike to get to my parish.

Eventually I managed to secure some land on which to build a chapel and a parish house. A farmer who was a good Catholic donated one hectare to the church. The house cost £10 (approximately $15.00 U.S.) to build as it was just a roof and four walls of thatch and measured 8 x 12 feet. To wash, I went to the nearby river, and a couple next door gave me four stools and a table. I lived there for eleven years, and they were among the happiest years of my life.

The new parish covered an area which would have been the size of five or six parishes back in Ireland, and it catered to a population abut 30,000. The SONEDCO sugar factory employed about 300 people from the immediate locality and surrounding parishes. Hundreds of trucks of sugar cane would arrive at the factory every day. It was very prosperous at the time, but more recently it is not doing so well due to the recent decline of sugar prices.

I used to notice many young boys between 15-18 years, hanging around the sugar cane trucks. When I asked them what they were doing they explained that they were hoping someone would hire them. They didn’t go to school because they didn’t have the money. “Would you like to learn a little about mechanics?” I asked them, as I was always interested in that myself and took care of my own jeep when I had one. 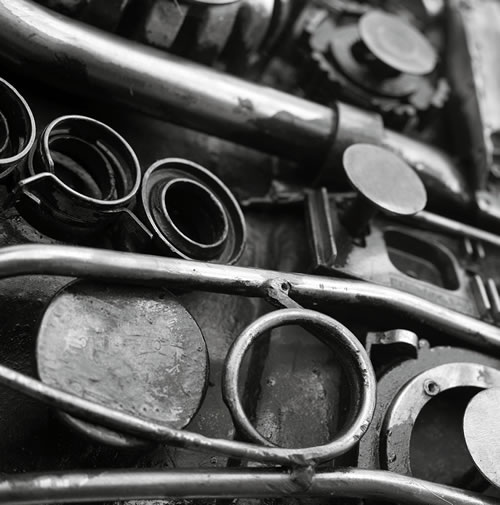 The boys were interested, so I got a couple of old engines and started to teach them. But in a big parish I could not give them much time, so I got a mechanics teacher to come from Cebu to teach them, and I put up a temporary building. I was hoping to start a vocational training center for mechanics. The school opened in 1976, and students studied free of charge. I got some financial support from a branch of the Little Way Association of St. Thérése in London, as well as from the sugar factory. The school paid the teacher to train the students as mechanics. The course took two years to complete. Soon, we had about 30 boys (none of the girls were interested), and we had to get a second teacher. I was very busy in the parish, ministering to 30 villages, all with their own chapels.

One day I was surprised by a visit by the Secretary of Education to the school. He said he had chosen it because it was the only school in the country offering free education to students thanks to the support and collaboration of the church, as well as private and public funding.

When I was assigned to another parish in Cauyan there was no other priest who knew enough about mechanics to take over responsibility for the school. We had a meeting of our Board of Directors, the bishop, a few priest friends and a few lay people. The all agreed to give the school the government on condition that it continued to offer free education.

After retiring to Ireland in 2015, I did go back to visit and was delighted to see many improvements. They had a bus to collect and drop students home who were living a distance away. They kept the tools we had started with – the old engines I had started to train the students on. But they also had many newer ones. And it was still free! Our graduates were able to find work and a number of them were even able to work overseas. It was a big jump from our humble beginnings in 1976.

Fr. Michael Doohan was ordained in 1952 and served on mission in the Philippines. He is now retired and living in Ireland.

Home » Mike and The Mechanics