On Mission in the Philippines 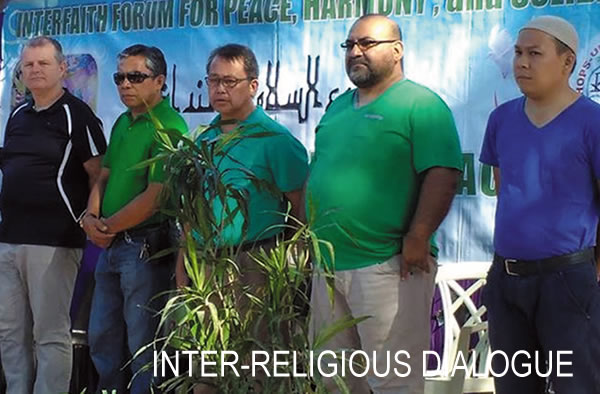 The ordination of Rev. Erl Dylan Tabaco to the diaconate on April 30, 2017, at our Formation House, brought great joy and gratitude. It was graced with the presence of his family, friends and a good number of Columban students, priests, lay missionaries and Sisters. He was ordained by Bishop Honesto Ongtioco of the Diocese of Cubao, Manila. Rev. Erl is assigned to Malate Parish for his diaconate and will be going to Barra sub-parish, Opol, Misamis Oriental, after being ordained a priest and before returning to overseas mission. He has already finished his First Mission Assignment (FMA) in Peru.

Columbans work in Our Lady of Remedies Parish in Malate, Manila, in Mother of Perpetual Help Sub-parish in Barra, Opol, Cagayan de Oro, and in Lilo-an and Don Victoriano parishes in the Archdiocese of Ozamiz. Parish work has been a good venue for priests, lay missionaries and students to do mission together in partnership with each other. The Columbans have been working in Malate parish for 88 years.

In the early years of the Columbans in the Philippines, their primary task was to help in building the local church and educate her people. As the local church has become well established, the Columbans have taken on other missionary roles in addressing the present ecological crisis, the needs and challenges of the poor, the oppressed and the marginalized, and by engaging in interfaith dialogue. These are some highlights of our work: 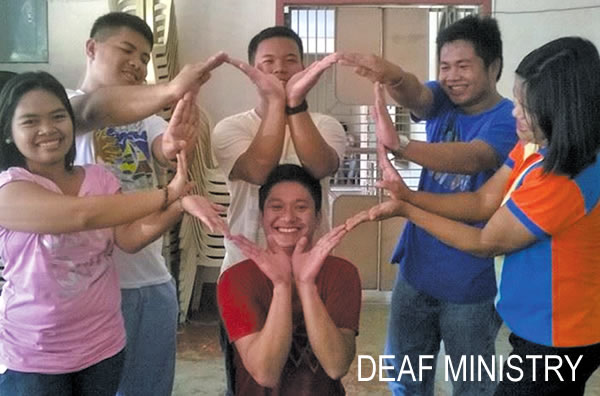 The educational program of CELL, (Center for Ecozoic Living and Learning), a space that was founded in January 1999 by three Columban Fathers, John Leydon, Dominic Nolan and Frank Carey (RIP), will be re-launched this year to incorporate Laudato Si', Pope Francis' encyclical on the environment. The Center has been a haven for students, church workers and professionals, where they can find connectedness to nature and are challenged to bring wellness to our planet and the whole universe. Its vision is "a world where humans live in harmony with the rest of Creation through living in harmony with one another in a just society."

JPIC Philippines is actively engaged with the local Global Catholic Climate Movement (GCCM) in its advocacy to care for the earth. John Din, JPICPhilippines Coordinator and Fr. John Leydon are taking on leadership roles in GCCM-Philippines.

Fr. Paul Glynn, Regional Director of the Philippine Region, is involved in the Inter-religious dialogue ministry, even though he has already moved to Manila to take on his new role. Because of the recent war in Marawi, a predominantly Muslim populated area in Lanao del Sur, the work of building good relations between Christians and Muslims could have been totally undermined. However, every effort is being made by Muslims and Catholics alike, to, together, both condemn the killings and to continue to strengthen Muslim-Christian solidarity by cooperating together to respond to the needs of the over 200,000 war evacuees. Fr. Paul and Fr. Enrique Escobar (originally from Peru) are constantly in touch with the Muslim leaders of Northern Mindanao to ensure that the latest war will not damage the good relations established, over the years, between Christians and Muslims. 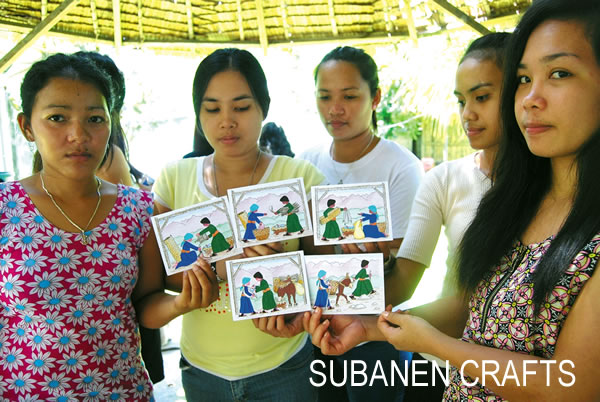 The Subanen Crafters, with whom Fr. Vincent Busch is working, have family members in Marawi, where the war began in 2017. They are greatly affected but continue to carry on with their work.

In the words of Fr. Busch in his recent update, "It is sadly appropriate that the Christmas cards we are crafting depict Mary and Joseph quickly packing their belongings so that they can escape the danger of Herod's soldiers. The people of Marawi are also in danger and are fleeing the city. It is a poignant scene here as the Subanens craft cards that show the frightened parents of Jesus fleeing armed men while they listen to radio reports about Marawi and worry about their family members held hostage there."

Fr. Busch adds: "The Subanen Crafters (Subanens are a tribe of First Peoples in Western Mindanao) are worried about their family members being held captive in Marawi. As they await news about their endangered relatives they continue to craft Christmas cards which depict Mary and Joseph who had to quickly flee from Bethlehem to escape Herod's soldiers."

Through the efforts of Fr. Dick Pankratz, a Columban Father from Wisconsin, who has passion for communicating with the hearing impaired, the Deaf Ministry in Cagayan de Oro, Mindanao, was born.

This ministry continues throughout the Archdiocese. The office is located at Bishop Patrick Cronin Hall near St. Augustine Metropolitan Cathedral, Cagayan de Oro. Thanks to the continued generous support of the benefactors, sign language classes and other services are now offered to the hearing impaired in the parishes of the archdiocese. 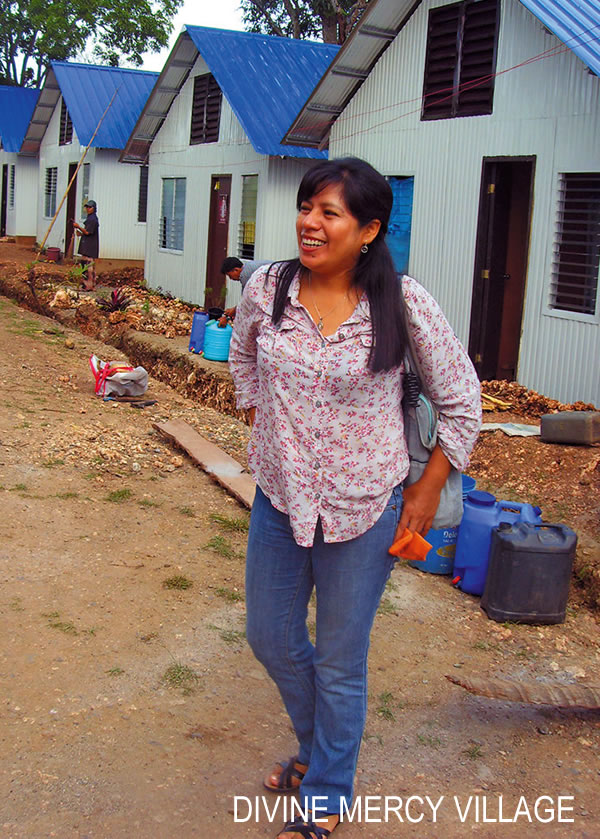 The Divine Mercy Village is the relocation site of families affected by Typhoon Sendong, which hit Cagayan de Oro City on December 16, 2011, causing the deaths of over 2,000 people, mostly the poor who were living in flimsy houses along the riverbanks. The Columbans, together with other church groups, organized the building of 550 houses for the affected families.

As of January 31, 2017, all 550 houses have been built and 547 families have been relocated. Various programs in the areas of education, spirituality, therapy, livelihood, leadership, community building and more have been made available to families to help them recover from the trauma of their loss. To date, the village has a day care center, health center, children's playground and a multi-purpose hall which the people also use for their Sunday Mass. Fr. Paul Finlayson is both chaplain and manager in the village while Columban lay missionary Ana Flores is involved in the different programs of the village, visiting families and tending to the needs of the mothers and the youth.

On November 8, 2013, Typhoon Haiyan, with the strongest gales ever to have made landfall anywhere in the history of the world, devastated Leyte and other parts of the country. The Columbans received generous donations from all over the world. These funds were used for the rehabilitation and recovery projects in various communities affected by the typhoon.

(Program for the Survivors of Typhoon Haiyan in Barangay Limbuhan, Tanauan, Leyte.)

This project was the initiative of the Franciscan Missionaries of Mary, to whom the Columbans donated help for the construction of concrete, typhoon and flood resilient houses. One hundred and ten houses were completed and are occupied. Capacity building seminars were given to the community, followed by socioeconomic programs which included education, livelihood creation, teambuilding and spiritual formation. The community was able to construct a chapel which they now use for their masses and other church-based activities. The youth have organized their very own church choir.

(Sewing Training for Mothers and Displaced Survivors of Typhoon Yolanda and Relocation Project in Tacloban by the Redemptorist Fathers.)

The Our Mother of Perpetual Help parish under the care of the Redemptorist Fathers organized an income generating project to help the survivors of Typhoon Yolanda. A total of fifteen sewing machines were purchased. Two groups of mothers graduated from the training and are now sewing for a living. The Columbans funded the project.

The Columbans also used some of the funds to help relocate the families in the no-build zone coastal areas in Magallanes, Tacloban, which is under the jurisdiction of the Redepmtorist Fathers. Relocation and rehabilitation efforts of the government were very slow.

Other projects which the Columbans helped include the purchase of fishing boats for a community in Bantayan, Cebu, and the purchase of "pedicabs" (bicycles with side-cars) for a community in Tacloban. We also funded a project of the Center of Psychological Extension and Research Services of Ateneo de Davao University which helped in trauma and healing among members of the affected communities. We also gave financial assistance to the training program for community organizers for the rehabilitation and development of storm-devastated Samar. Financial assistance was also given to other projects that helped in rebuilding communities and restoring dignity to the people.

As we continue to participate in the mission of Christ we remain grateful for the support we generously receive from caring people, like you, from all around the world. Together, we are called to communion in building God's kingdom of peace and love here on earth.

Arlenne Villahermosa is a Columban lay missionary living and working in the Phillipines.

Home » On Mission in the Philippines