My Journey in Korea

… each of the four seasons is a growing season of the heart. If you sink your roots deeply into the soil of each season’s truth, it can become your mentor.” – Macrina Wiederkehr

My journey in Korea as a Columban Lay Missionary can be compared with my first experience of the FOUR SEASONS – Spring, Summer, fall, and winter. 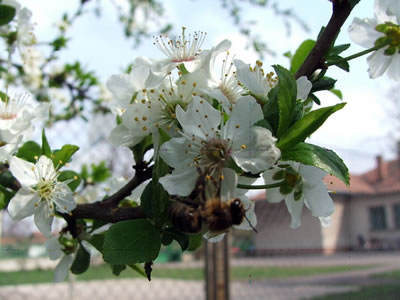 It was April 2007 when we arrived in Korea. It was really a sudden change of climate for us, having come from a tropical country. Although the coldness was around us, we were warmly welcomed by our Columban family here. We started immediately with our language study, awed at first at the big compound of Korea University.  We had great enthusiasm for our Korean classes. The spring flowers and fresh green leaves around us refreshed my mind after four hours of daily language studies. Our everyday meal was spicy Korean food which was a new treat for me and I enjoyed it. “Seoul Metro Rail, WOW,”   I exclaimed during our first ride. This is a new experience for me - how convenient and fast.  And to be caught by surprise every time I get bumped by Korean commuters who always seemed to be in a hurry.  I always heared “Go fast! Fast!” so these were some of the first Korean words I learned. Also, I was impressed with the discipline of the Koreans in following traffic rules. If it is Red light, they really “stopped” and if it is Green, that was the only time they “went.”  That was one thing I had to adjust to because I was not used to following traffic rules in Manila. I learned to be a good citizen there. 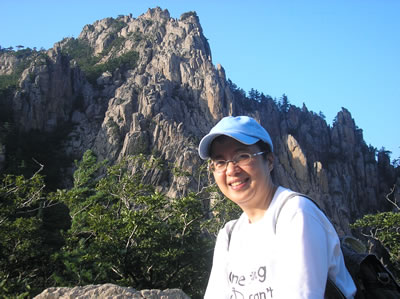 Yes after almost a year of language study, I started my ministry. I chose the URBAN POOR MINISTRY here at Dongnimmun.  My very first work was to assist Fr. Francis in his summer catechesis. Here I started again to play the guitar, and this time I had to learn some Korean songs. Though my singing and playing the guitar was not that good, this was my way of communicating with the children.  Music is truly a universal language.  I also worked in Kungbupang in the after school house study. I had English classes there. The children and I were both teachers and students - I taught them English while they became my most patient Korean language teachers. I also had music time with them once week, and for me that was where I was most at home with. Back in the Philippines where I worked as a Pastoral Catechist I remembered I had to struggle playing the guitar, and my singing was not even good. But with the children you can’t go wrong so I was able to build my confidence. I loved that time when we sang together and the music we made was the music from our hearts - full of love, full of life, full of fun for the children always waited for me to sing the Korean children’s song, and they always made fun of me and corrected my pronunciation. I usually attended the daily Mass, and it struck me because there would be at most 6 in the congregation, mostly grandmothers. Like in the Philippines, the weekday mass was usually faithfully attended by the elderly. So as I joined the Mass with the grandmothers here in the parish, I am reminded always to ask for the grace of faith to do God’s will in this community I was sent. 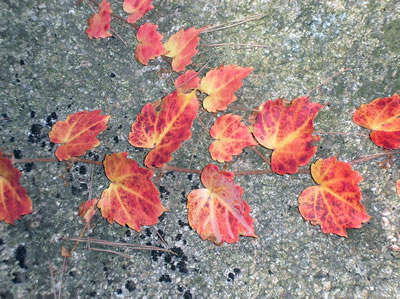 Letting go of what was so familiar and personal was one thing I learned when I lived with one Korean lady in the house provided by the diocese in Dongnimmun. My personal and close encounter with another person taught me ways different from my own. While there were times when we just can’t agree or compromise with one another, we learned to accept and respect each other’s differences anyhow. I considered those times as one of my experiences as a foreigner and a missionary. But that was not the whole story of what autumn was for me.  During autumn, I enjoyed the beauty of the varying colors of the leaves, the soft and gentle falling leaves around me. The season made me wonder and be grateful to our God of creation who made me feel that all is going to pass to this cycle of transformation in order for new life to arise. This season for me was more of a spiritual journey of letting go and dying. Like the slowly falling leaves I also experienced falling with my preconceived ideas of being a missionary. Letting those leaves of mine die and be buried on the sacred ground of the people I was with was necessary in order for new life within me to arise. 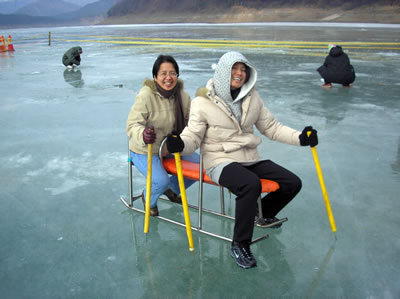 My first winter gave me a feeling of excitement. First I looked forward to having the so called “white Christmas.” Unfortunately we didn’t have much snow here in Seoul. The freezing cold was totally new to me. We often joked we were in a large freezer and how heavy we were because of the many clothes we wore that time. My first snow experience was on November 19, 2007, which I will never forget because that was also the first anniversary of my father’s first death. When the first snow came, Maira (my fellow Filipino Columban lay missionary) and I went outside and like children, we played with snow.

Every season’s entrance and departure is part of the great turning of the circle of life. And I want to thank all those I met and encountered, who in their own ways be it good or bad are all the stars who lead me to the Divine love. I quote “we are meant to be stars leading to others to the Divine Love. Others are also stars for us, leading us to Divine Love. In each of us, the manifestation of Divine Love is a magnificent gift of hope and encouragement.”

With a grateful heart… THANK YOU VERY MUCH!

And yes, the journey continues, the circle of the life, the four seasons will be with us...

Violeta V. ‘Villaraiz was a Columban lay missionary in Korea from 2007 to 2010. She has left the CLM since and currently working in the Philippines.

Home » My Journey in Korea