A Seed Is Sown

A Seed is Sown

In 1986, when I was in the process of learning Cantonese, a Hong Kong friend took me to Mong Kok on the Kowloon side of Hong Kong where, for the first time, I saw sex workers waiting on the streets for clients. It was clear that the residents in this area preferred not to acknowledge the existence of this group of women in their midst. To the men, these women were obviously no more than objects to be stared at and commodities to be used for pleasure. For some reason, I realized that this was the group of women with which I wanted to work.

Research into the prevalent needs in Hong Kong society consequently showed that women who worked in the sex industry were being sadly neglected and this became our focus. It was clear that nobody wanted to know women who worked in this industry or make contact with them. They were considered to be the lowest of the low, and there were no services at all specifically designed with their needs in mind. 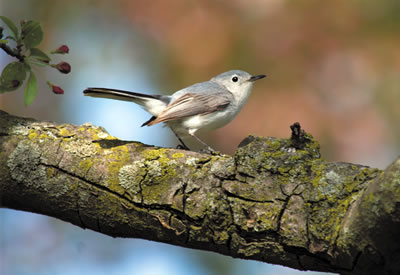 I volunteered for this project, with the aim of endeavoring to give women involved in Hong Kong’s sex industry an experience of being treated as persons and, in particular, as women. I began by walking around the areas which were known as unofficial “Red Light” districts. As a Westerner in a predominantly Chinese area, I seemed to be considered a tourist, and no attention was paid to me.

After many weeks of wandering around and no sight of any “working women,” it seemed that this was the wrong place until one night I happened to be there during a police raid. Many young women of various Asian nationalities had been arrested and were being herded into the police truck. While the pimps used their mobile phones to warn the minders to move other girls from the area, I walked up and down and listened in to the telephone conversations. None of the pimps suspected I understood what was being said. It was clear that many women were working in this area but invisibly and obviously under the control of this group of pimps.

The Hong Kong Women’s Christian Council soon began to express interest in working with me and a Concern for Prostitutes group was set up. Gradually another team was formed and the services of REACH OUT (an acronym for Rights of Entertainers in Asia to Combat Human Oppression and Unjust Treatment) came into being. A Chinese name was chosen from a Chinese legend in which there was a little bird named Ching Liao. According to the legend, this bird was very close to the gods who looked down benevolently on the people of the earth below. It was her responsibility to act as a messenger and to fl y down to earth from place to place and share the blessings of the gods with all whom she met. Ching Liao became not only our Chinese name but also our inspiration.

The service thus originated as an ecumenical expression of the concern of Christian women for women working in the entertainment industry and other related services in Hong Kong and in particular those coming from other countries in South East Asia. At a later stage, it became officially known as Action for REACH OUT (AFRO). We started off with nothing – no money, no premises, no staff and no experience of this kind of work. However, like the Good Samaritan who came upon a traveler in need, one far from home, Action for REACH OUT aimed to respond to women’s immediate needs, referring them to where they could receive help and, in a spirit of sisterhood, accompanying them in their times of crisis.

With the long-term goals of educating public attitudes, forming a South East Asian network, setting up a house of refuge and empowering and encouraging the women themselves to form a support group, we soon became aware of the victimization of women in the commercial sex industry through abuse of human rights and coercion into sex work. We saw how women coming from overseas were often recruited by traffickers in their own countries who supplied them with passports (often false) or arranged marriages with Hong Kong men and then sent them to Hong Kong. The majority knew what they were coming to Hong Kong for, but some came, having signed a contract to work as a domestic helper or waitress, and discovered that sex work was expected of them. At the same time, there were also many local women who become involved in the sex industry through their own choice – the main motive being an economic one.

Hong Kong at that time was also seeing an increase in the number of juveniles and women from overseas involved in prostitution. A local feature of the Hong Kong sex scene was a growth of karaoke lounges that served as fronts for gangs to offer sex with underage girls. These tended to be school students or recent school drop outs who did this kind of work part-time, usually without their parent’s knowledge.

I was with Action for REACH OUT at its birth – when it was still a tiny seed in my heart. Today the organization continues to flourish, and it is as if the seed has grown into a strong and steady tree bearing lots of fruit. It is now an organization that is very well known and respected by sex workers, government departments and international organizations. Many of the staff involved and the women availing of the services are different but the vision remains the same – “that for the advancement of society, every individual’s personal freedom, dignity and basic human rights should be protected and promoted.”

Columban Sr. Ann Gray is from West Lothian, Scotland. After training as a teacher she went to Africa as a lay missionary before joining the Columban Sisters in 1977. Her fi rst assignment was to Hong Kong. She served as Congregational Leader on the central leadership from 2011 to 2017.

Home » A Seed Is Sown