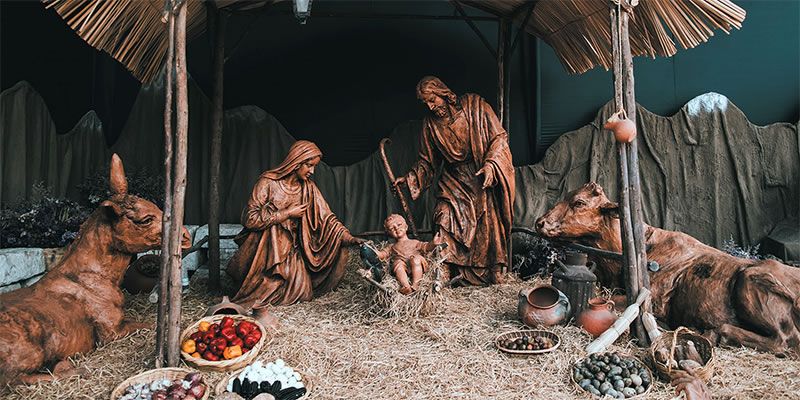 We are sharing with you some of the highlights of the work of Preda Foundation and wish you all a blessed Christmas.

As many as 100 children have been saved and recovered at the five Preda homes for abused children in 2020, a happy record of healing and empowerment. One of the important highlights during 2020 is that all the children and the staff have thankfully remained free of Covid-19. The protective measures implemented and strictly maintained has made this possible. During the last year, we were able to receive in our homes 41 girls, rescued and saved from sex abusers, human traffickers and from sex slavery. At present, there are 43 children in the homes for girls. The youngest is three years old. They were welcomed, given affirmation, support and all their personal needs as soon as they arrived. This year, several were reintegrated into their families.

Grace, 13 years old, was raped by her biological father. Her mother held her down while she was raped, a horrific heinous crime. She was threatened to stay silent, but she bravely told her sister who told a neighbor. It got to the police, and she was rescued and referred to the Preda home. She is now safe and has begun to heal and recover from the trauma she experienced. With the other children, Grace joined many activities and volunteered to take Emotional Release Therapy. In the padded therapy room, she cried and shouted out her pain and anger at her abusive parents. The children slowly emerge from their fear and trauma, feeling free and begin to smile for the first time in years.

Legal action by the healing and empowered children in Preda homes has been very successful in 2020 despite the lockdown and closure of the courts for several months. In 2020 the children, assisted by Preda, succeeded in winning sixteen convictions against their rapists and traffickers. In one major case, a young trafficker and pimp that sold two young girls to a foreign pedophile received two life sentences. In 2019, the children won 20 convictions, and most of the convicted received life sentences so they will not be able to rape any more children. There are many more cases filed by Preda children pending to be resolved by the prosecutors and others are stuck in the court judicial system waiting for a court hearing, some since 2014. For the first time in our history, the children participated in court hearings online, a more child-friendly way than appearing in the court room with the abuser present.

The Preda Foundation has two homes for male children in conflict with the law (CICL), one in Zambales and one in Cebu. We rescue the boys from filthy, abusive and subhuman government detention centers and jails. They are frequently subjected to abuse and even torture by older inmates and abusive guards. In 2020, Preda rescued more than 30 boys and brought them to start a new life in the Preda home for boys in conflict with the law in Zambales. In Cebu, we rescued fifteen boys, and they are recovering in the Preda New Dawn Home in Liloan.

In Preda, the children, some as young as 10 years old, told their stories of torture and abuse in government detention jails. Preda reported it to the Philippine Commission on Human Rights and with help from international supporters, the Philippine CHR was encouraged to open an investigation. The investigators confirmed and verified the torture, and they are taking measures to monitor and prevent more such torture.

Preda contributed to the drafting of a new anti-trafficking ordinance in Olongapo City and conducted the first rescue of eighteen trafficked women, among them four minors, at a beach resort in Barangay Barretto. The minors were referred to the Preda home for healing.

In 2020, Preda Foundation continued and increased its lobbying with other NGOs to stop the changing of the child protection law to reduce the age of criminal liability to twelve years old and succeeded to maintain it at fifteen years of age. Then, we campaigned during the pandemic for the release of children from detention centers, and as many as 350 children were released by the authorities to their parents. Some children were rescued by Preda social workers. However, many more minors with pending cases remain in jails.

In December 2020, the Preda Foundation turned over six laptops and installed a full CCTV system in the St. Francis Learning Center in Subic town for the use of indigenous Aeta children of Zambales.

The learning center is an excellent boarding and day school exclusively for indigenous children run by the Franciscan Sisters that gives them a peaceful environment to learn together without the discrimination, bullying, racist remarks, teasing and exclusion that some lowland children inflict on the indigenous children.

Preda has worked with 361 Aeta subsistence farmers in Zambales and provided them with relief food packages consisting of ten kilos of rice and mixed groceries four times in 2020. in 2020. Also, similar food relief packages were distributed to 320 poor families and snacks, candies and toys for their children in Olongapo City area three times in 2020.

Preda bought at higher fair-trade prices the internationally organiccertified Pico 21 tons and Indian mangos 35.50 tons from the 77 Aeta families out of ten communities that have mango crops this year. Preda Fairtrade shared out bonus payments of $2,767 U.S. to the Aeta families. The mangos are made into organicallycertified mango puree.

Also, with the help of the Columban Fathers and Merry Year Foundation in South Korea, we provided the Aeta with 2,000 mango saplings. The Aeta families planted them over the mountains of Zambales to help them reforest and strengthen their claim to their ancestral lands and prevent mining companies and grabbers stealing their lands. In Mindanao, Preda bought 659 tons of fair trade mangos from the members of our small farmers fair trade association. The mangos are all for export as dried mangos and conventional purees to World Shops in Germany and the UK.

The Preda Foundation is a DSWDlicensed and accredited social welfare and development agency, founded in 1974. It is accredited by local government and it has now reached the highest status and standard of excellence. It has been accredited in 2020 by the Philippine Council for NGO Certification (PCNC) and as a result it has been certified by the Bureau of Internal Revenue (BIR) as a “Donee Institution” since November 2020. Philippine donors are exempted from paying the 30 percent donor’s tax. All donations will go to the children, none to administration.

The United Nations Anti-trafficking and Anti-slavery agencies have recognized Preda as a high standard organization for helping trafficked, enslaved and abused children and has granted partial funding for 2020 and 2021.

In November 2020, Preda marked the anniversary of the awarding of the prestigious International Martin Buber Plaque Prize for defending children’s rights. In January 2021 Preda marked its fourth nomination for the Nobel Peace Prize. Preda was nominated by the German Human Rights Commissioner Dr. Barbel Koefler. It was endorsed by several members of the German Parliament. That makes seventeen international awards for defending human rights. Despite the spread of the Covid-19, lockdowns and economic downturn the work of the Foundation has succeeded and will continue in the years ahead with your support and help.

It is with gratitude that we thank you for your support and wish you a Merry Christmas.