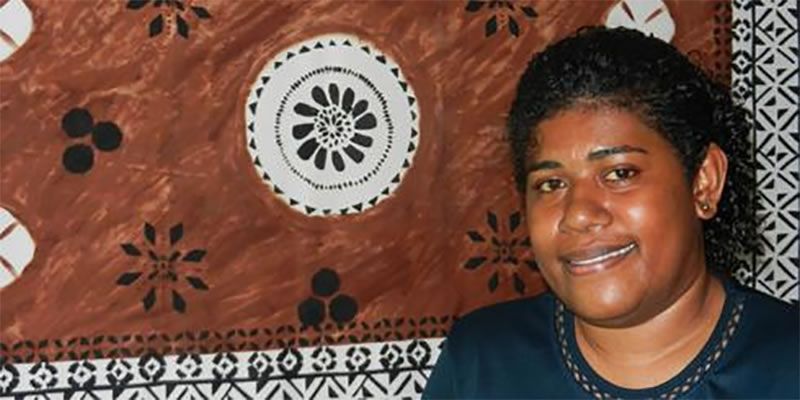 I began to search for my vocation in high school. I belonged to a “Young Vinnies” group made up of students from the Catholic high schools in Suva, Fiji. Every two weeks some of us went in pairs to do street apostolate. Each pair tried to take along one street person for a meal, an opportunity to shower and to get some second-hand clothes.

My parish, St. Joseph’s, was founded and staffed by Columbans missionaries, so I had the chance to see Columbans in action. I also read The Far East magazine (the Columban magazine) that appeared regularly in the church. Also, Yean Shin, a Korean lay missionary who had come on mission to Fiji, died at that time (1994) and was buried from our parish. Later, in 2000, six lay missionaries from the Philippines arrived in Fiji precisely when Fr. James Rathburn died and were at our parish for his funeral. After high school I did a diploma in accounting, got a job for a short while but was laid off after a military coup. I unsuccessfully applied for many jobs. I saw that people who did not even have my qualifications were getting jobs and wondered what was going on, until a friend told me that it was not so much about what one knows but who one knows.

I heard that our parish priest was looking for a part time secretary with computer skills so I applied and got the job. This brought me into increasing contact with Columbans, and I also had a friend who insisted that I consider that God might be calling me to serve in a special way. I told her that I did not want to be a Sister but my friend told me that God was calling me to something. But, to what? I began to go to daily Mass in our parish and always paid attention to the Bible readings. Then one day at Mass I found myself crying and accepted that God was calling me. However, I still wondered to what.

One day I was at home, and my father asked me whether I wanted to be a missionary. I was so surprised as I assumed that he expected me to have a job to help out with my younger brothers and sisters. I am the eldest of ten, eight girls and two boys. He said that he and Mum had been observing me and could see that I had a special interest in anything to do with Christian mission. He told me that he and Mum wanted me to live my life and not to worry about my brothers and sisters as that was their responsibility. I was so surprised and grateful. I joined the Columban lay missionaries, went through the eight-month preparation program and, at 25 years of age, was assigned to the Philippines. It was tough at first as I had to learn Cebuano and adapt to life with a Philippine family in a Columban parish in Cagayan de Oro, Mindanao. After completing my first three-year term I was assigned to Ozamis where I continued working with deaf children and taught 4 to 5-year-olds in a local Catholic school.

Lanieta Tamatawale is a Fijian Columban lay missionary currently on mission in the Philippines.