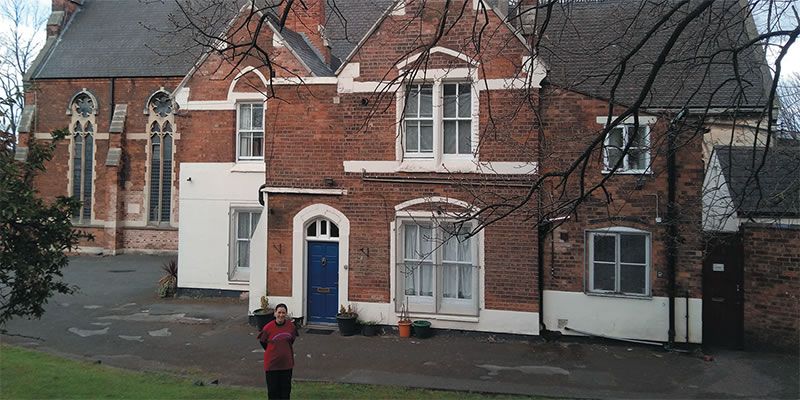 A Tale of Two Catholic Architects

Renowned Victorian architect Augustus Pugin helped design the Houses of Parliament. He also built St. Joseph’s in Birmingham, home to some of our Columban Lay Missionaries. Therein lies a tale…

Augustus Welby Pugin (1812- 1852) was arguably the greatest architect-designer of 19th century England. The son of a refugee from the French Revolution, he pioneered the Gothic Revival form of architecture. It was in this style that he and collaborator Charles Barry rebuilt the Houses of Parliament at Westminster after the disastrous fire of 1834.

Following his conversion to Catholicism, Pugin devoted himself to ecclesiastical buildings. The Act of Emancipation in 1829 legalized the building of Catholic churches, and the influx of huge numbers of Irish immigrants from the 1840s onwards swelled demand for them, especially in the great industrial cities. Pugin’s output was prolific. He became, in a sense, “God’s Architect.”

Among the churches he built in Birmingham was St. Joseph’s, completed in 1850. His son Edward added a priests’ house in 1872, and in 2022, exactly 150 years later, this house became the home of a group of Columban Lay Missionaries.

One of these is Gertrudes C. Samson. Gertrudes (or Ger as she prefers to be known) professes a great affinity with Pugin. Not only do they share the same faith, but also the same profession. She was an architect before joining the Columbans.

Like Pugin’s father, she is an immigrant, having come to Britain from her native Philippines in 2010. She feels privileged to be living now in a restored Pugin masterpiece. “I like the preservation of old buildings,” she told me. “I’m glad they’ve done so much to keep this one.”

St. Joseph’s lies in the Nechells area of the city, where many of the Irish newcomers settled in the years after the Great Famine. Currently, it remains a magnet for migrant communities, and since her arrival in Birmingham twelve years ago, Ger’s pastoral efforts have been focussed on serving them. However, there is one crucial difference. “In those days the migrants came from just one place: Ireland,” she explains. “Now, they come from many places, and have many religions. They’re not just Christians. They’re also Hindus, Muslims, Sikhs.” The parish priest of St. Joseph’s is himself from Eritrea in the Horn of Africa and encourages joint use of the church by the Eritrean Orthodox communion.

“I used to work in the sanctuary at St. Chad’s Cathedral,” she adds. “The Sanctuary is a drop-in center for asylum-seekers and migrants. Every nationality pins up the name of their country on the wall. When I was there I counted over one hundred!”

“It was funny. Sometimes I make mistakes. One sign said ‘Chad’. I understood they meant the name of the cathedral. I didn’t know there was a country called Chad. Another time a man puts up a sign which I believe says, ‘to go’. I think he wants to leave. No. It was the name of his country – Togo!”

(Incidentally, St. Chad’s Birmingham Cathedral is another Pugin gem. It was the first Catholic cathedral to be built in England since the Reformation.)

Perhaps the most fascinating of Ger’s stories concerns the way in which she and her colleagues came to be living at St. Joseph’s in the first place.

The tale has a saintly twist!

The missionaries were renting a house in another part of the city when their landlord suddenly announced he’d run into financial difficulties and was going to have to sell the property at once. He gave them the minimum notice to vacate the premises and move.

“In those days the migrants came from just one place: Ireland,” she explains. “Now, they come from many places, and have many religions. They’re not just Christians. They’re also Hindus, Muslims, Sikhs.”

“When I know we are moving I get very worried. I tell the people at church and a lady says I should pray to St. Joseph to help us find a new home. Then, a Columban priest, Fr. Bernie McDermott, rings me and says, ‘Ger, a parish house has just become available, next to the church of St. Joseph’s.’

I can’t believe it. I’m praying to St. Joseph, and we’re being offered a house called after him!” As so often happens in England nowadays, the bishop had decided to amalgamate two parishes, leaving just one priest in charge, and this priest had chosen the house in the other parish as his base.

“Even more incredible, I see when our lease is expiring, the date when we must move is March 19. March 19 is the Feast of St. Joseph! So, I think St. Joseph is really looking after us.” St. Joseph, certainly. But, maybe with a little assistance as well from old Augustus Pugin? For, after all, isn’t he “God’s Architect?

Gertrudes (Ger) Samson is a Columban Lay Missionary from Manila in the Philippines. She has worked in Britain since 2010. Fr. John Boles is the Regional Director of the Columban Missionaries in Britain. He formerly worked in Lima, Peru.