Start your day in quiet, peaceful contemplation with our Daily Prayer. Join Us!

More than 4,000 years after residents of the El Paraiso settlement of Peru worshipped at their temple, Columban Missionaries celebrated Christmas Mass near the historic temple.

For Some, There Is No Season of Excess

Happy New Year! A new year inspires many of us to develop new and healthy habits, clean out our homes, or take up a new hobby. After the excesses of the Christmas season – the food, the gifts, the...

Retracing My Great-Uncle's Footsteps in China

I have never known life without him. My great-uncle, Bishop Henry Ambrose Pinger, O.F.M., returned to the United States the year I was born, having served as a missionary in China for 30 years. His humble, gentle spirit enveloped my entire Pinger...

The Joy of Sharing

One day, words on the poster at a local charity shop caught my attention.

Life on the Streets of Hong Kong

Simon unfurls his tattered sleeping bag under the shelter of a park pavilion in one of the biggest parks...

Mission in the Mountains of Taiwan

It was a Sunday morning.

Mission in a Muslim Country

The Journey of the Magi

The Christmas/Epiphany cycle offers us generous glimpses into the mystery of the birth and manifestation...

Christmas Present for a Missionary

I would like to share with you one of the most delightful Christmas presents that I have ever received.

Myanmar (formerly Burma) in Southeast Asia is a nation of scintillating beauty, copious resources and a wonderfully diverse population. There are eight major tribes and 135 subtribes. This a colorful nation which was once the envy of Southeast Asia. Despite great resources, Myanmar looks for aid from rich countries.

A few years ago, I had the privilege of visiting Myanmar and had dinner with Archbishop Bo. His nation has been wounded by festering civil wars for six of the seven decades of its existence. Much blood and many tears have been shed.

Give Hope ...
Transform the Lives of Others ...
Change the World

Your prayers and gifts are changing the world! Sharing the Gospel calls us to put ourselves at the service of the poor. Columban missionaries feed the hungry, care for the sick, teach the poor and bring the light of Christ to people in Asia, South America and the Pacific rim. Find out how together we can change the world.

One who is gracious to a poor man lends to the LORD, and He will repay him for his good deed. — Proverbs 19:17 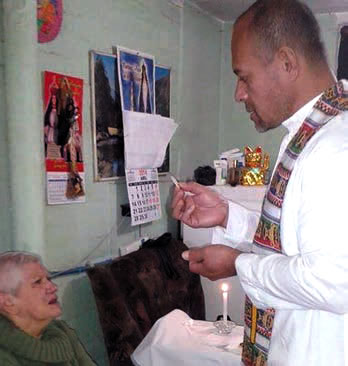 Adapting to the Needs of the People