Sunday in the Rain 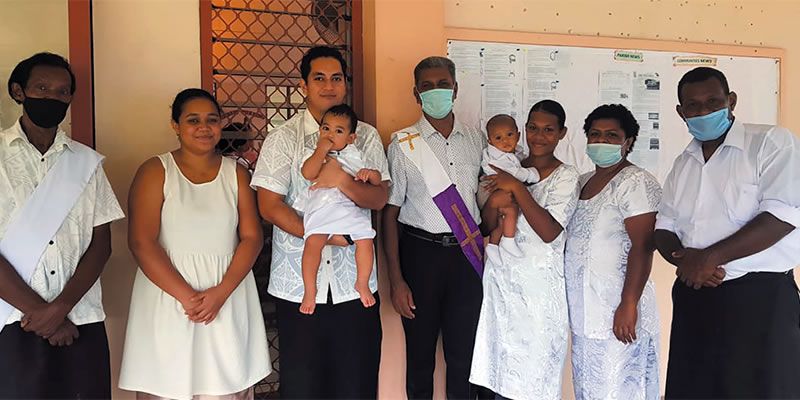 Is This the New Normal?

Heavy rain began in Ba, Fiji, on the night of February 4 and continued right through Saturday and on/off on Sunday until about midday. The town was inundated. Somehow, we were able to celebrate Mass in the parish church at 7:30 a.m. on Sunday morning and even conducted two baptisms! I cancelled my other two scheduled Masses for that Sunday, knowing that both villages were impassable. Instead, a number of us went to visit our parishioners whom we knew were in three schools turned into emergency evacuation centers. 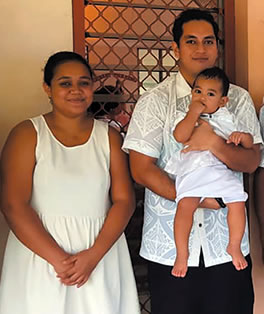 In one school, we had ten parishioners with their catechist from Nadrugu Village, who had chosen to keep selling their produce in the market on Saturday despite seeing the bad weather coming. Their weekly trip to the market is their main source of income, and with schools opening this week aft er a one-year hiatus, they were willing to take the risk, needing money for their children’s school supplies, uniforms, etc. We had given these people tea and shelter in the basement of the presbytery on Saturday until the police opened an evacuation center, where we then brought them. Th e place was already full of Catholic people from a neighboring parish who had also chosen to keep selling their produce on Saturday at the market and then couldn’t get home.

As we visited, we noticed that most were already leaving, because the government had ordered the clearing of all schools in preparation of resumption of classes and exams on Monday (this directive was changed later in the day, and schools remain closed because of the uncertain weather). The parishioners of Ba seemed to have no money for transportation, so I took them to a house in Vunisamaloa (about four miles out of town), through two quite deep floods on the main road from Ba to Navala.

I have had a number of Sundays like this recently in Ba, having to cancel Masses and Sacramental services, in favor of direct aid to flood evacuees.

As regards the second school, there were about 40 people there from the village of Votua (well-known for flooding), to whom we lent a two-burner stove, propane, and two cartons of cookies. They eventually cleared out at 2 p.m., going back home in a combination of boats and a large police truck. Another small group were sheltering at Namosau Methodist school to whom we donated food rations from our cupboards.

The situation in Votua village was, as usual, quite dire. There were I have had a number of Sundays like this recently in Ba, having to cancel Masses and Sacramental services, in favor of direct aid to flood evacuees. 59 evacuees (14 families) sheltered at the primary school on Saturday night through to Sunday. By Sunday afternoon, the ground-level kindergarten was finally cleaned, and all the evacuees were able to go home. Luckily, power and water supply remained in most parts of Ba over the two days.

I have had a number of Sundays like this recently in Ba, having to cancel Masses and Sacramental services, in favor of direct aid to flood evacuees. It is challenging my idea of what a priest’s “major” job in Sunday should be– say Mass, or get my hands wet and dirty helping others? Maybe there isn’t a contradiction? I’m still trying to figure it out. The evacuees in the second school talked of how touched they were when the Hindu teachers there dropped their cleaning of classrooms in preparation for Monday, to start cooking food for their almost 100 “guests.” Perhaps those teachers “did” Sunday in a way that was very pleasing to God – theirs and ours?