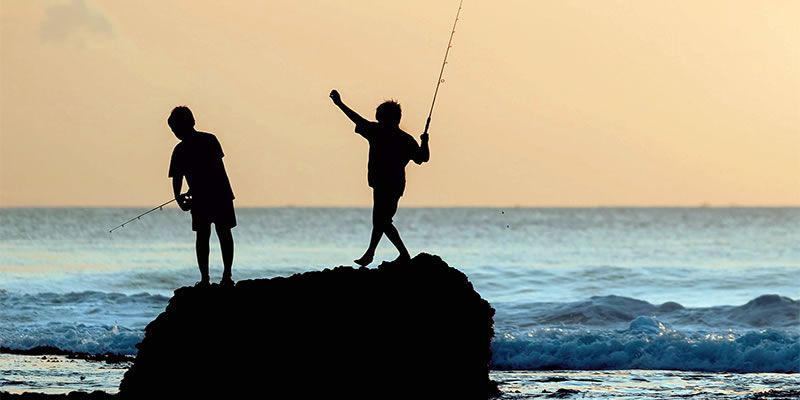 Each year, at the beginning of December, as those around him begin preparing their Christmas shopping list, Ben begins preparing his fishing gear. Then, as family members and friends make plans for Christmas parties, Ben heads off with a few close friends to spend a long weekend at a remote lakeside village.

A few years ago, as this group of middle-aged men set out with the light-hearted spirits of schoolboys, Ben turned to me with a big grin, “It’s such a pity that you’re not coming with us on this Advent retreat.”

A few weeks later, when I met Ben again at a New Year’s party, my first question to him was, “So how did your Advent retreat go?” I had expected a witty response, but instead he began talking earnestly about that fishing trip. 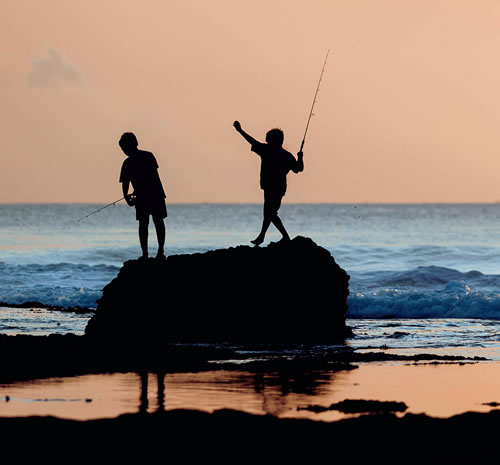 For Ben, no other experience can capture the spirit of the Advent season like a fishing expedition. A few days in a boat, with a rod and line, teaches him what it truly means to wait in joyful hope. While he engages in detailed planning and preparation, he can never predict the moment when he will make his first catch.

On some trips that joyful surprise happens within the first hour, but on other occasions he must wait patiently for a day or more. Over the years he has learned to remain alert and vigilant for that moment when a fish nibbles the bait, the line becomes taut, and his heart pounds with excitement.

For Ben, this practice of attentive waiting is similar to the spirit we nurture during the Advent season as we wait in joyful hope for the return of Christ in glory at an unexpected moment. Part of our attentive waiting means becoming more attuned to the signs of God in the world around us, so that we can recognize Christ when he returns. Again, Ben thinks that there’s no better way to develop such an awareness than to go on a fishing trip.

Before setting out he carefully studies the weather patterns for several days. Throughout the trip, he constantly scans the sky and the horizon for subtle changes in the sun and in the clouds. He frequently notes the direction and strength of the wind, as well as the temperature of the air and water. After carefully weighing these various factors, he then propels his boat to that place where the fish are most likely to gather.

Thanks to such careful attention to his natural surroundings, as well as to his comprehensive knowledge of the habits of fish, Ben thinks that he can come close to entering into the mind of a fish! “The key to fishing,” he says, «is to learn to see the world from a fish›s standpoint … and the key to Advent is to enter into the mind of Christ so as to see the world from God’s standpoint.”

As I tried to grapple with this unusual insight, Ben proceeded to remind me that the first group of apostles who were chosen by Jesus at the outset of his public ministry – Peter, Andrew, James and John – had been fishermen. Furthermore, after his resurrection, Jesus returned to Lake Gennesaret to invite those same fishermen to become messengers of the Gospel to the world.

There is no doubt in Ben’s mind that, when Christ returns in glory, those who will be ready to welcome him will be those who are vigilant in waiting, filled with a joyful hope, and attentive to the world around them. In short, people with the same mind and heart as those fishermen who became apostles.

Now I understand why, at the beginning of December each year, Ben and his companions head off to that remote lakeside village to do their Advent retreat.