A Changing of the Guard 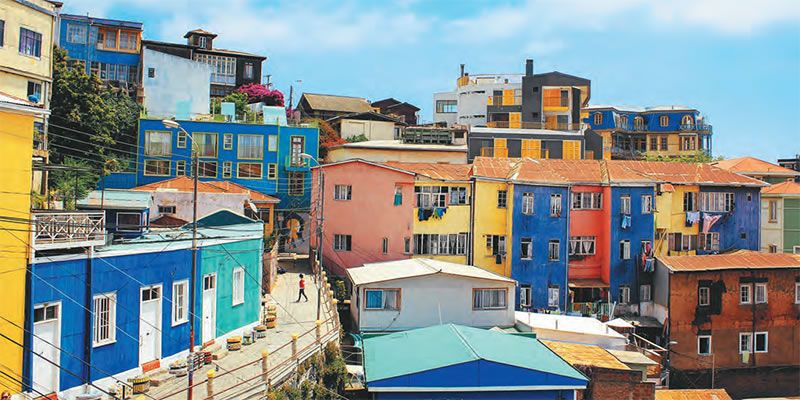 In the book of Ecclesiastes, the sacred writer of this Old Testament wisdom book alludes to the continuous changes that determine our lives saying there is “a time to keep and a time to cast away.” (Ecclesiastes 3:5-6) This is very true for foreign missionaries since if there is one constant that is part of the lives of missionaries, it is change.

When I arrived back in Chile in August 2019, I was only six weeks in the country when what is now called the Social Explosion erupted in earnest on October 19. This unleashed a lot of violence, and protests nationwide were a daily occurrence. Riots were still occurring in Puente Alto when I arrived in the parish of Saint Matthias in late February 2020 to work with Fr. John Greene, a Columban volunteer from Dublin Archdiocese. Fr. Michael Howe, an Irish Columban priest from Killarney in County Kerry who was also a member of the parish team of Saint Matthias had only just flown to Ireland on February 12 to accompany a sick Columban, Fr. Gerard Bellew, back to Ireland. He expected to arrive back in Chile two months later. Little did he suspect when he left Chile that he would have to remain in Ireland because of the coronavirus pandemic until July 2021.

I was only in the parish of Saint Matthias for four weeks when another radical and unforeseen change occurred. In one short month the anger and violence of the Social Explosion turned into fear as the coronavirus pandemic began to spread from late March 2020 introducing an uncertain period of menacing calm. Soon all the citizenry, rich and poor, were engulfed in the silent and stealthy embrace of the virus’ invisible advance through all sectors of Chilean society. We were in lockdown for seven months during which time our only contact with the laypeople was by way of celebrating Mass online by way of Facebook.

During this whole time of total lockdown, I developed a severe and painful ailment called subchondral fractures in my left knee that forced me to stay off my feet from May to November 2021. This was a difficult time for me because I felt disengaged from the parish. However, just when the lockdown was beginning to end in December 2020, and I could begin to celebrate Mass publicly, I inexplicably developed more injuries that limited my mobility. In February 2021, I suffered my first serious attack of sciatica that affected my right knee making it impossible to walk. As a result, I decided to stay in the Columban Center House in the center of Santiago to be closer to doctors and medical support rather than return to the parish. I had my first experience of using a wheelchair that gave me a real appreciation of what it must be like to be permanently dependent on a wheelchair for mobility.

While I was in the Center House, Fr. John remained on his own in the parish. In March 2021 the whole of Santiago was thrust into total lockdown once again as holidaymakers returning from the beach brought the virus back with them to Santiago and other cities the length of Chile. The number of new coronavirus cases rose dramatically from between 6,000 to 8,000 new cases a day.

Fr. John felt extremely frustrated because he knew he was leaving Chile soon to return permanently to Ireland. To his credit, he managed to celebrate the Sacraments of first Holy Communion and Confirmation for the children and youth in the parish who had finished their preparation for both Sacraments in 2019 but had been unable to celebrate them in 2020 because of the onset of the pandemic.

I was only able to participate in one of the last first communion Masses on Trinity Sunday on May 30 on my last visit to the parish. Just prior to that weekend the Vice Director of the Region of South America in Chile, Fr. Tom Hanley, had asked me to consider returning to Australia for health reasons, and I eventually decided to do so. Originally, I had been expecting to stay on in the parish to support Fr. Michael Howe who was returning in July, but this was not to be. My last two weeks in Chile just flew by before I left on June 7. I felt sad at having to leave Chile because it seemed highly unlikely that I would ever return there to work given my age and the onset of the ailments I had experienced.

However, I also I felt relieved because I believed that God was ultimately the author of this sudden, unexpected change in my life and that a new path would emerge for me in Australia.

On July 25, Fr. John Greene also left Chile permanently after over eighteen years on mission in Chile. He is now back in Ireland and will be assigned to another parish in Dublin Archdiocese after he completes a sabbatical on Ecology in the Wicklow Hills south of Dublin.

Since both Fr. John and I have left Chile, Fr. Michael Howe has now returned and been appointed parish priest of the parish of Saint Matthias in Puente Alto. Korean Columban Father Jude Genovio, who was ordained in Korea last year, returned to Chile in September to accompany Fr. Michael.

So, there has been a complete changing of the guard as both Frs. Michael and Genovio will be the new Columban parish team in Puente Alto. The old parish team of Fr. John and myself wish Fr. Michael, a deeply prayerful and contemplative man, and Fr. Genovio–who was previously a Columban Lay Missionary in Chile– every blessing as they take on the heavy responsibility of serving God’s People in Puente Alto.