Christmas with a Hindu Flavor 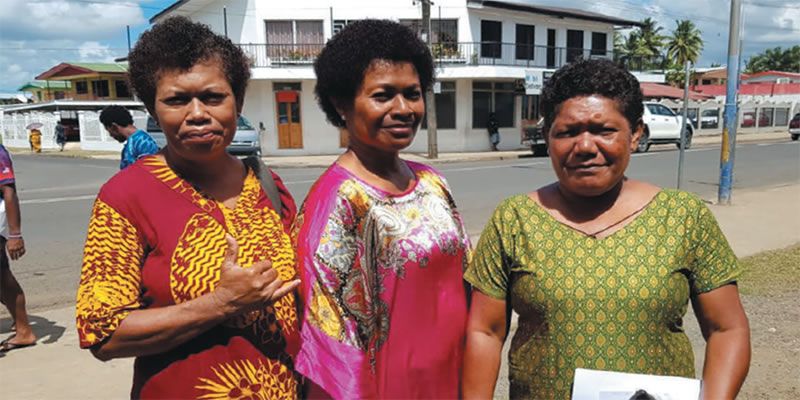 I received a letter at the beginning of Advent last year inviting me, along with the youth of the parish, to “a Christmas feast to commemorate Christmas.” Fijian people are always ready and willing to attend a feast, and I too read the invitation with delight. However, on careful scrutiny, I discovered this was not to be a simple afternoon of eating and drinking, as the small print described the theme of the day as inter-religious dialogue.

Now I had always thought that Christmas is a time for Christians to celebrate the birth of Jesus, so I was left wondering how this could be combined with inter-religious dialogue. Nevertheless, since we had been invited, we decided to go. So together with the parish youth, I set out for the cathedral in Suva, Fiji, where the event was to be held. A large crowd had already assembled by the time we arrived. I recognized many young people from neighboring parishes, but I was also seeing many faces for the first time. The show got under way and in their turn, groups from each of the parishes mounted the stage to perform their prepared pieces. There were Biblical plays with a Christmas theme, choirs singing carols and our Fijian Columban seminarians doing their bit in explaining the true meaning of Christmas. Up until then, I figured it was a normal, artistic celebration of Christmas. 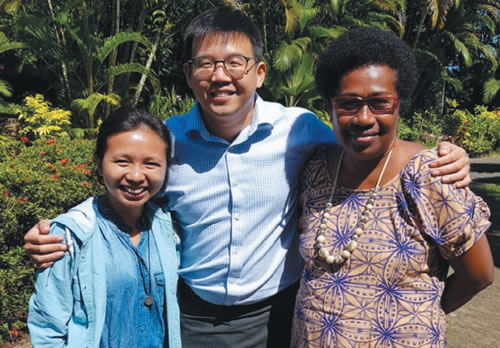 Then without warning, the emcee announced that a Hindu group would take its turn on stage. There was a bit of a commotion in the gathering as the group made its way to the stage, but then people quietened as the expectation grew that the group would simply congratulate us on the birth of Jesus with the usual Christmas greetings.

We were still asking ourselves how this young group of Hindu people would grace our Christmas, when they began singing Silent night, holy night. The gathering gasped in surprise, before joining in. Next, the group launched into a Hindu-style dance, its movements choreographed to the tune of the age-old carol. Even though our religions are quite different, it was a time when we could feel we had become one.

While initially I was somewhat perplexed, I then remembered that in my predominantly Buddhist home country of South Korea it is common for Catholic parishes to display big banners on the first day of April in the Lunar Year acknowledging the birthday of Buddha, which, like Christmas for Christians, is an important feast day in Buddhism.

We were still asking ourselves how this young group of Hindu people would grace our Christmas, when they began singing Silent night, holy night. The gathering gasped in surprise, before joining in.

In the same way, some Buddhist temples display banners announcing their congratulations to Christians on the birth of the Christ Child at Christmas time. In South Korea, it is customary to honor each other’s festive occasions and, at the cathedral in Suva, I was experiencing the same thing in Fiji. People from different faith traditions sharing food and celebrating with each other at Christmas holds a special meaning for me.

Among the many reasons concocted in the justification of war, one is the disparity of religious belief. Fiji has a total population of about 900,000 people, around 65% of whom are Christian and 30% Hindu. This roughly equates to its ethnic division, as most indigenous Fijians are Christian and descendants of Indian indentured workers blackbirded (coerced into slavery or servitude) by colonial enterprises during the 19th century are Hindu.

Both religious and ethnic tensions have led to violence, discrimination and political upheaval in the past. However, I think that if we were to accept our differences and seek peace, as we did at our Christmas feast on that day in Suva, we would realize that the real reason Jesus came amongst us was to bring peace on earth. I pray for those, who through no fault of their own, are dying in different parts of the world simply because of their religious beliefs.

The young people’s inter-religious dialogue Christmas party was a strong sign that we are capable of engendering trust among the different groupings that can produce a more harmonious future. However, it does take imagination, commitment and effort.