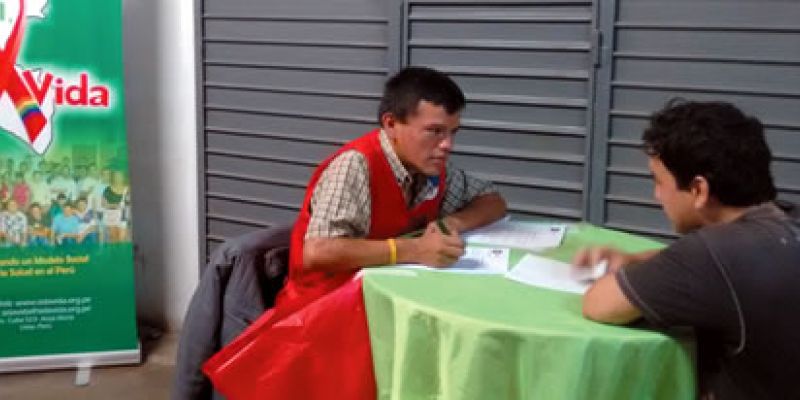 I have often been asked, “What is the biggest change you have seen since you started working pastorally with people affected by HIV and AIDS?” I have pondered this question. I could say that seeing those affected with HIV/AIDS self manage and re-take their lives, is one of the most obvious changes that has occurred during these last ten years but that would be to stay on the superficial level of what is happening. By far the greatest change that I have witnessed is the change in relationships between those who are affected and their families. I am reminded of the verses in Matthew’s Gospel:

While He was still speaking to the crowds, behold, His mother and brothers were standing outside, seeking to speak to Him. Someone said to Him, “Behold, Your mother and Your brothers are standing outside seeking to speak to You.” But Jesus answered the one who was telling Him and said, “Who is My mother and who are My brothers? And stretching out His hand toward His disciples, He said, “Behold My mother and My brothers! “For whoever does the will of My Father who is in heaven, he is My brother and sister and mother.”

It is necessary for those of us who work in educational activities or advocacy or the influencing of public policy, in the context of HIV and AIDS, to become aware of the necessary Biblical, theological and pastoral re-reading of Scripture, that dialogue with individuals and groups affected by the HIV epidemic demands from us. We resist considering that the epidemic, for us Christians, goes way beyond the medical aspects and is not exclusively a health issue. The hub that moves our Christian communities cannot be the virus, or the modes of transmission or the effects on the immune system, but rather we must look at the effects our work has on our system of beliefs. As Christians we are moved by the stigma and marginalization that still affects and impacts on our brothers and sisters living with HIV. Many people still look on people living with HIV as promiscuous, as more impure than the rest of us, showing the very essence of attitudes that Jesus challenged the church people of His time to reexamine.

It is always very dangerous and ideologically incorrect to interpret social reality in terms of better and worse, above and below because soon we tend to juxtapose and reach conclusions of, upper and lower, more and less, North and South, black and white, heterosexual and homosexual. This way of seeing reality and life is totally contrary to the call we receive from Jesus of Nazareth to live the Gospel. Many of our ways of describing reality come from imposed conventions. Let us take an example like maps of the world with the North on top and the South below. This view corresponds to an ideological position that has nothing to do with reality. It would be equally correct to have maps of the world where Africa and South America faced North, and Europe, Asia and North America were placed below towards the South, but the power of our conventions inhibit us seeing that we live with ideological prejudices. Now this is not to say that we do not need conventions to help us maintain some order in our thinking and work, but we must constantly ask ourselves if our way of thinking and expressing ourselves can lead to prejudice and marginalization of others.

Jesus of Nazareth has shown us that God is a very personalized living presence among His people and all peoples; Emmanuel, God with us. Within the promise of His project comes a full life for all. Christians are those who, with others, come together in the common purpose of building more human relationships, based on equality, where the weak, the excluded and those who are marginalized, occupy a special place, because we believe that difference does not change the need to recognize that all have the same rights and the same dignity.

However, for a change towards the recognition of the dignity and rights of all to happen, experience has shown us that all sides need to be cured and healed, not only those living with illnesses. Those outside and treated as different, the diversity which the HIV epidemic reveals, need to regain confidence and hope in the Christian community and know that Christians neither want to be triumphalist nor judgmental.

Christian communities need to show that the core of our pastoral action is to build bridges of inclusion and reconciliation. This healing can only take place when everyone recognizes that we all need the intervention and mediation of Jesus of Nazareth. Rich and poor, Jew and Greek, young and old, black and white, gay and straight, we all need to be healed of our disbelief, doubts, fears and prejudices.

This is the change that I have seen in the families of those who are affected by a member living with HIV. Many of them have been able to make the transition necessary to overcome prejudice, stigma and discrimination and accept the person living with HIV as a sister or brother, daughter or son. We have a lot to learn from the families affected by HIV, and we need to open up the doors of our communities to make them welcome and learn from them.

“Behold My mother and My brothers! For whoever does the will of My Father who is in heaven, he is My brother and sister and mother.”

Columban Fr. Cathal Gallagher lives and works in Peru and ministers to those living with HIV/AIDS.