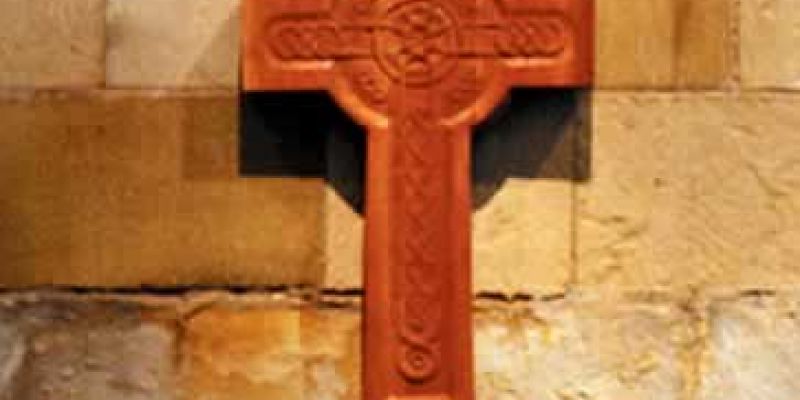 Each Monday at 7:00 p.m. in Seoul, Korea, believers come to celebrate the Eucharist in Kwang Hwa Mun Plaza in the center of Seoul. They come to the site where members of the families bereaved in Korea’s worst maritime accident continue their protest demanding justice. They come to celebrate Mass and express solidarity with the protesting families. Such public celebrations of the Eucharist outside of Churches using makeshift altars on street sides are not unusual in the various dioceses in Korea. These are the “hyun-jang” Eucharists.

During the last 30 years the tradition of celebrating Mass in the actual place of struggle, with people who are fighting for justice has gradually developed in Korea. Such places are referred to in Korean as the “hyun-jang,” hence the term the “hyun-jang Eucharist.” It might be people protesting illegal evictions, striking workers protesting unjust layoffs, or peace protesters attempting to block the expansion of military bases. The causes are diverse, but the Mass is celebrated at that place where people are struggling for justice.

I think this tradition can be traced back to the practice of the former Cardinal Stephen Kim Sou-whan (1919-2009). He always went to celebrate Mass with a poor community at Christmas and Easter. In the late 1980s, I remember him going to celebrate Christmas Eve with people who were being evicted. The people had put up a big tent in the site of the evictions. The property owners had visited the cardinal earlier and tried to persuade him not to go, and when he refused they burned down the tent before Mass was due to begin. But the cardinal still went and in freezing weather he stood with the people and celebrated the birth of Jesus.

Such celebrations have given rise to a huge range of reactions. On one side there is the positive evaluation — (that is where I stand!) — which holds that Jesus’ life was about reaching out to show the love of God to all, especially to the victims and the marginalized. The result was that He was perceived as a threat to social stability and the “powers that be” attempted to silence Him. Despite the opposition He continued to live that way and consequently was arrested, tortured and executed. He gave His life for love and justice. In every Eucharist we recall His life and death and celebrate the memory.

So what more appropriate place to celebrate Mass than in the actual situation where people are struggling for justice, showing that the disciples of Jesus today are in solidarity with their neighbors?

Of course there is the opposite voice which states that in such events the Mass is being used by persons with a set political agenda – usually against the status quo. The basic thesis in this viewpoint is that people should not politicize the Mass! I think Pope Francis gave the answer to that in Seoul when asked why he wore the yellow ribbon of the Sewol Ferry Families. One of the family members pinned it on his soutane and he wore it throughout the visit. It was suggested to him that it was a divisive action taking sides. He said “When confronted with suffering there is no neutral position.” In other words you either stand with the victims or you stand against them! It is a statement which can make us all feel uncomfortable.

This raises even more disturbing questions about our daily and weekly celebrations of the Eucharist. When participating in those Masses does our recalling the memory of Jesus challenge us to go out and get involved in changing society, to stand in solidarity with the victims? If it does not, if it just personally consoles us with no disturbing invitation to change society, is it not just reinforcing a society status quo which has created such inequalities? Might this not be an abuse of the Mass? Very disturbing questions! And I would add questions that never really occurred to me when my normal experience of the Eucharist was in a quiet chapel where all is very ordered and reverend!

As a missionary, conscious that all local churches have riches to share with the wider Church community, I believe that the tradition of the “Hyun-jang: Eucharist” is one which the Korean Church could fruitfully share with others!