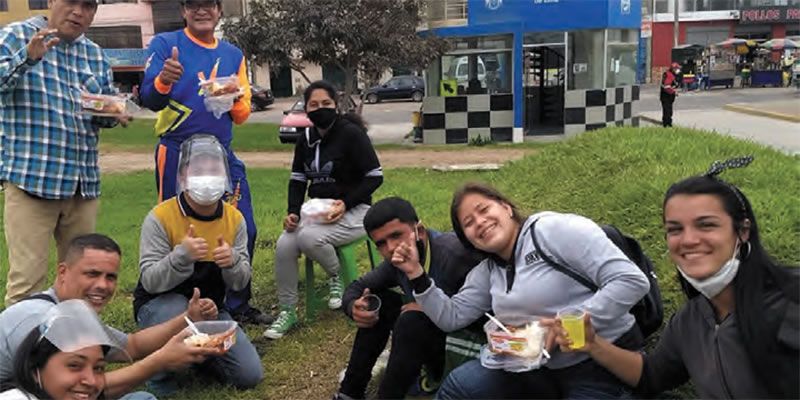 Walking Across Half a Continent

The Covid pandemic instigated hardship and tragedy to countless numbers throughout the world. However, it also has had the effect of bringing out the BEST in many people. Additionally, it has connected remarkable individuals who otherwise might never have met.

Such has been the case with two young men from totally different backgrounds but with one thing in common: WALKING. One is Fr. Dylan Tabaco, a Columban priest from the Philippines. The other is Rafael Yovera, a Venezuelan refugee. Their unlikely point of contact was the city of Lima, Peru.

Fr. Dylan hails from the island of Mindanao in the far south of the Philippines. His father was a fan of Western folk music, hence “Dylan,” after the famous singer/songwriter Bob Dylan. He grew up in a Columban parish, where generations of Columbans helped inspire his own vocation to missionary priesthood. Chief among them was Columban Fr. Gerry Markey, now working in England, who gave the young Fr. Dylan a rosary and taught him the word, “missionary.” The author notes that Fr. Dylan carries the rosary with him to this day.

While in our Philippine seminary he lived an event he describes as, “unforgettable.” His spiritual director, Irish Columban Fr. Mick Mohally, decided to send the students off on a six-day hike, with no money in their pockets apart from their return bus fare.

“It was a 160-kilometer (99 miles!) walk. We had no food for the journey and just relied on the providence of locals we met on the way. That experience helped deepen my vocation as a missionary. I felt the Bolesstruggles of those who have less in life, not knowing if they can survive for another day with a starving stomach and no place to stay.”

Memories of Fr. Dylan’s epic trek were revived a dozen years later. By that time, he had been ordained and appointed to the Columban parish of “Santos Arcangeles” in Lima. It was here he met Rafael.

Rafael was born in Barquisimeto, Venezuela, in 1995. At that time, Venezuela was the richest country in South America. Today, it is the poorest. Ruined by years of mismanagement, corruption and authoritarian rule, the economy has collapsed, and the rate of inflation is the world’s highest. Furthermore, unemployment has soared and the shops are empty of food and other necessities. Rafael is one of over two million Venezuelans who decided they had to emigrate in order to survive and to support family members back home. In Rafael’s case, his family includes an aged and infirm father.

Half a million Venezuelan refugees turned up in Peru. Many settled in Lima, including Fr. Dylan’s parish. “A lot found jobs washing cars, selling things on the streets or doing other menial tasks,” Fr. Dylan recalls. Slowly they managed to improve their lives and send more and more money back home. Then Covid struck! “Soon, they were in an unimaginable situation. Hunger and homelessness became daily realities for them.” The parish began organizing an emergency relief program to help cover some of the refugees’ basic needs.

One day, as Fr. Dylan remembers, “On my way home after doing food distribution, I met a young Venezuelan father with his baby girl, sitting outside a shop and trying to sell biscuits. He was cold and starving. I saw in his eyes how desperate he was to have something for his daughter.” This was Rafael.

Fr. Dylan bought them a meal, and they began talking. Rafael explained how he’d left home a couple of years before, but as soon as he’d crossed the border out of Venezuela he discovered the “travel agency” that he’d paid to get him to Lima had swindled him. They’d kept his money, all that he’d had for the journey. Broke, he’d WALKED most of the way through Colombia, Ecuador, and the north of Peru, hitch-hiking when he could, sleeping rough (outdoors) and surviving by begging and selling the odd bag of sweets.

Finally arriving at his friend’s house in the Peruvian capital, things looked up. He got a job, met and married a local girl (Angela), had a child (little Alhai), rented a small home, started sending money back to his father until the pandemic came along. Suddenly he was destitute again, but now with THREE mouths to feed, not just one.

What really touched Fr. Dylan was that Rafael rounded off his tale with the words, “Life is difficult but beautiful.”

“Then,” Fr. Dylan recalls, “he smiled at me. It was such powerful statement coming from someone who’d gone through so much but never succumbed to hopelessness.”

This was the moment when Fr. Dylan remembered HIS walk and HIS poverty all those years before. Recognizing in Rafael a “fellow traveler” in more senses than one, Fr. Dylan used the parish network to get the family back on their feet again. By the time I met them, Rafael and Angela were working in a tele-sales office and had moved into a small flat.

“If there is one good thing that happened to me during this pandemic,” Fr. Dylan told me, “It would be my encounter with our Venezuelen brethren. I remembered those stories in the Gospel where the marginalized of those times were so grateful when Jesus helped them.”

Rafael was more succinct in his summing up: “Fr. Dylan saved my life.” 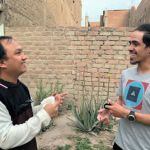 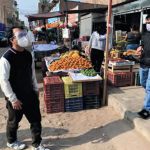 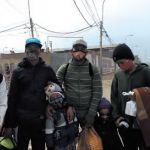 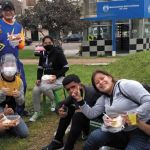 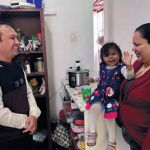