Kitchens in the Sky 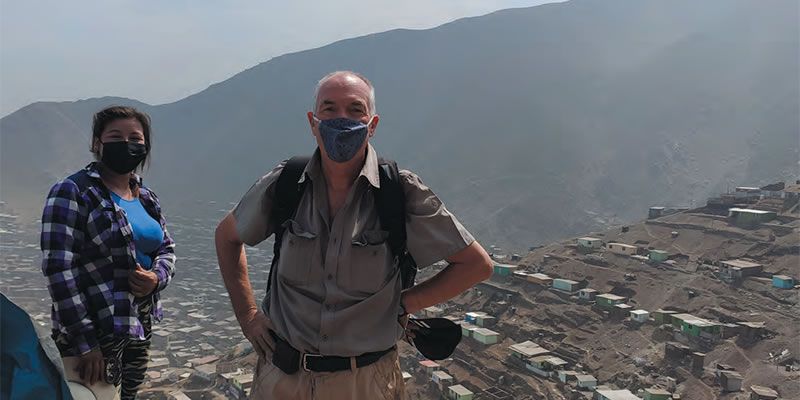 Feeding the Poor in the Mountain-tops of Peru

“Die from Covid or die from hunger. Not much of a choice.”

Sister Isabel Miguelez spells out the stark dilemma facing the poorest members of her parish, a former Columban-run area on the edge of Peru’s capital city, Lima. How do you resolve this dilema? How do you feed people hit by a double disaster, especially when they live in such inaccessible upland areas?
“Simple,” says Isabel with characteristic understatement. “With our ‘kitchens in the sky’...”

Most of these people survive in the “informal economy,” living from hand to mouth on what they can sell on the streets or earn as day laborers. For them, the pandemic was a dual catastrophe. With Peru’s vaccination program being painfully slow, they were the ones most at risk from infection and the ones with the greatest responsibility to self-isolate when necessary. However, this meant they couldn’t go out onto the streets and earn their meagre living resulting in hunger for them and their families.

This is where Sr. Isabel—a Carmelite nun from Spain—came in. Backed by her congregation, the parish and supporters such as the Columban missionaries, she met with the local residents and got them to set up a series of kitchen co-operatives (known as ollas comunes in Spanish– literally, “communal saucepans.”) She started them off by donating stoves, gas cylinders, pots and pans. The men carried the stuff up the mountain paths. The women served as cooks.

Sr. Isabel explained the system as she gave me a guided tour, speaking as we marched single-file up dizzying goat tracks. In each case a committee (normally all-female) is elected. This committee selects a site, sets up the kitchen, buys the food and establishes a cooking rotation. Interested families must register, and then they’ll receive one meal a day, six days a week. The participants need to cover the cost of the food, but there is no fixed rate. Each Saturday they meet and set the rate for the following week, according to current food prices and people’s ability to pay. 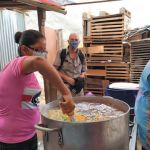 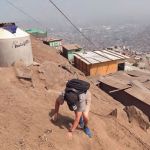 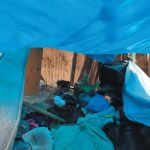 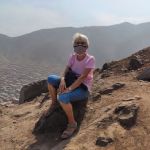 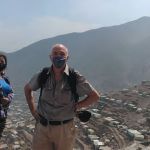 In addition to the initial investment, Sr. Isabel and her support group guarantee fuel supplies and the maintenance of equipment. She goes around the area every day, visiting the kitchens, inspecting, encouraging, congratulating, and cajoling. Her energy and enthusiasm seem endless.

What struck me as I struggled after her was the sheer scale of the challenge. I remembered seeing those same hills years back when the Columbans had the parish, and they were bare. Now they were absolutely covered in flimsy dwellings. Sr. Isabel pointed out that over recent years the population of the parish has exploded, with people flooding in from the countryside in search of a better life in the city. As demand for space increased, land prices soared, and the poor were forced higher and higher up the mountain sides.

The pandemic and ensuing national economic collapse only served to accelerate this process. “It was like watching bread expanding in the oven,” Sr. Isabel said. “Houses just seemed to rise up the hills overnight.”

When I visited, there were three kitchens in operation, providing a total of 270 meals each day, a veritable lifeline for families that otherwise would have struggled to survive. Nevertheless, as Sr. Isabel herself admits, this is only the start. The program will need to expand in the future. Even if the pandemic were to disappear tomorrow (which it won’t), Peru’s economic woes will continue. And migration up the hills will also continue.

Not that this serves to discourage Sr. Isabel. Just the opposite. It seems to motivate her even more.

With the inspiration for worthwhile projects and programs from people like Sr. Isabel as well as the support of Columban benefactors, miracles like the “kitchens in the sky” will continue to help those most in need.