Life of a Columban Baby 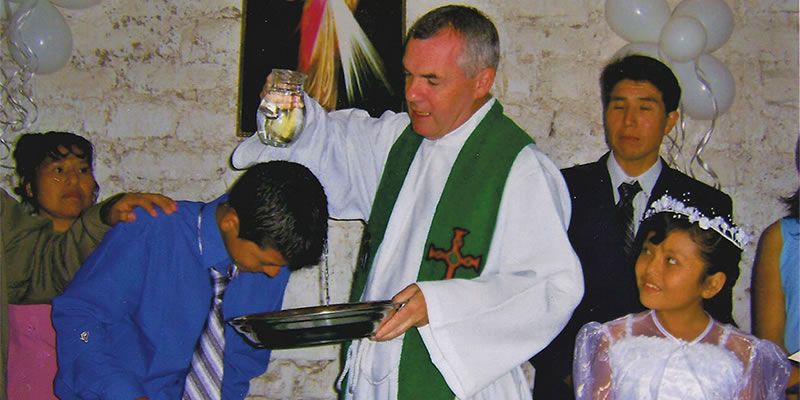 Born on St. Columban’s Day, baptized by a Columban priest, ordained by a cousin and namesake – it seems I was marked out from the start!

Three days after being born on November 23, 1953, in Stockport, Greater Manchester, deep in the industrial heartland of northern England, I was christened by Irish Columban Father Austin Sands, recently returned from the missions in Burma (now Myanmar). 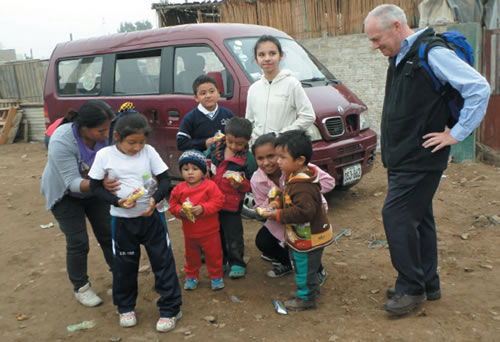 Thanks to my family I was soon imbued with a joint sense of Catholicism and social justice, and as such from an early age looked for ways of “doing my bit” to make the world a better place, though I never had an inkling of being a priest.

Armed with a Bachelor’s Degree in Geography and a Master’s in Urban Design from Hull and Manchester Universities respectively, my Wonderful Career began on the bottom rung of local government town planning, vetting porch extensions and new garages in Wolverhampton. However, I retained a keen interest in developments in what was then known as the Third World and was especially fascinated by the involvement of the Catholic Church in campaigns on behalf of the poor in Latin America during the heady days following the Second Vatican Council. 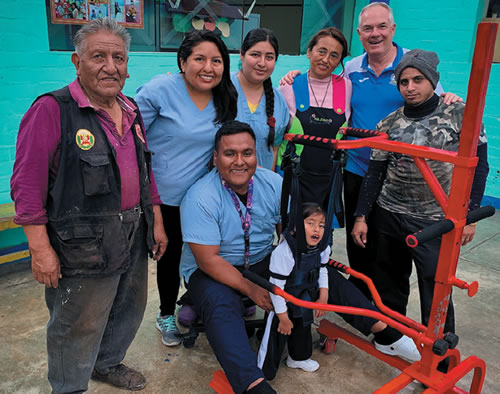 One of my heroes was (now Saint) Oscar Romero, Archbishop of San Salvador (in the similarly named Central American republic of El Salvador). His assassination on March 24, 1980, was a turning point for me. This was the moment when I determined to go to Latin America as a technical volunteer and join in the process Romero had died for.

I applied to the British Volunteer Program, and after several false starts ended up being sent to another Central American nation in conflict, Nicaragua, in 1983, with the task of helping set up emergency relocation areas for peasant communities displaced by fighting during the Contra War (1983-90).

For the first time I saw committed Catholics, both lay people and clergy, working side by side to overcome poverty and injustice, even at the risk of their lives. I was particularly moved by the role of foreign missionary priests and began to feel that maybe this was the path along which God was asking me to travel.

Finally, I consulted with one of these priests, an Irishman with whom I’d become friendly. He encouraged me to try my vocation as an ordained missionary. As I’d no idea about societies or congregations, I asked him if he could recommend one, to which he replied, “John, the only crowd as daft as you are the Columban Fathers” (whose name I’d completely forgotten). “Why daft,” I asked. 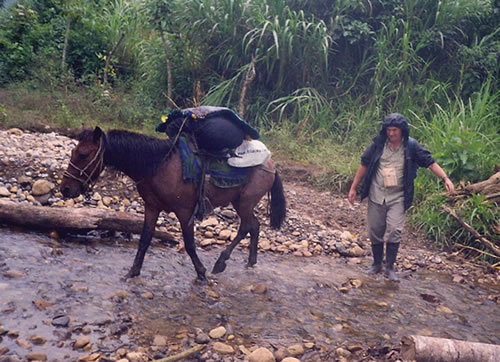 “Because their specialty is to work in areas where, due to danger or poverty, the local Church can’t or won’t work”, he explained. As it turned out, he’d originally been a Columban himself, but that is another story. He gave me the name and address of a Columban in Britain, one Fr. Ed O’Connell.

There was just one little snag in all this. During my time of voluntary service I’d started going out with a very nice little Nicaraguan lady. Fortunately for me, Nice Little Nicaraguan Lady was also a devout Catholic and very understanding. She said she’d wait for me for a year while I returned to Britain, contacted the Columbans, had a taste of their seminary and discerned between them and her.

So, off I went, met Ed, visited the Columban seminary in Ireland, liked what I saw and sadly had to write “That Letter” to Nice Little Nicaraguan Lady. She was half-expecting my decision anyway, bore me no ill-will and later married a local chap. We are still in touch, and she and her husband are now enjoying retirement and visits from their grown-up daughter. So, in case you were wondering, that story has a happy ending as well.

I entered the Columbans in 1989 and was ordained in 1996. Most of my training was done in Ireland, with a year in the U.S.A. – wherein lies another twist in the tale. 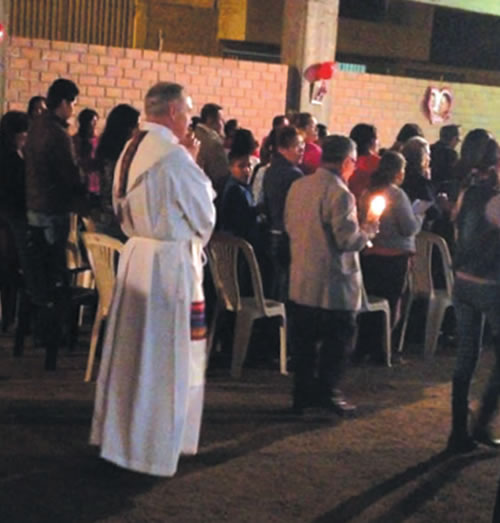 While studying in the U.S., I visited the Columbans in Boston, where one of them remarked, “Hey John, one of the priests in the diocese here has the same name as you. Could there be a connection?” Now, I knew that when my granddad emigrated from Sligo to Manchester before the First World War some of his brothers went instead to Boston, and it was rumored that the offspring of one had become a priest. Might it be him?

This Fr. John Boles was chaplain to Harvard University. I made an appointment, went along to meet him and, sure enough, it turned out that his father had been my grandfather’s brother. We were second cousins!

Six months later, Fr. John Boles was made BISHOP John Boles, Auxiliary Bishop of Boston. I was invited to the episcopal ordination, had a VIP seat in the front pew, and after the ceremony cousin John promised me that if I made to priesthood, he would go to Manchester and ordain me. I did, and he did! “John Boles Ordains John Boles,” read the headline in the local newspaper that weekend.

Due to my affinity with Latin America, after ordination I was appointed to the Columban mission in Peru, where I have been for the last quarter-century.

For me, it has been a dream come true, working with the poor in both a spiritual and a humanitarian capacity. Mainly I’ve been helping develop parishes from scratch in the shanty towns of settlers recently arrived from the countryside. Once the parishes are self-sufficient, we hand them over to the local bishop and move once more to the new frontier to repeat the process. I also serve as chaplain to our school for the special needs children of poor families. Finally, I have returned to the seminary, this time as formator, and have had the pleasure of seeing half a dozen candidates ordained as Columban missionary priests.