A Lifelong Thirst for God 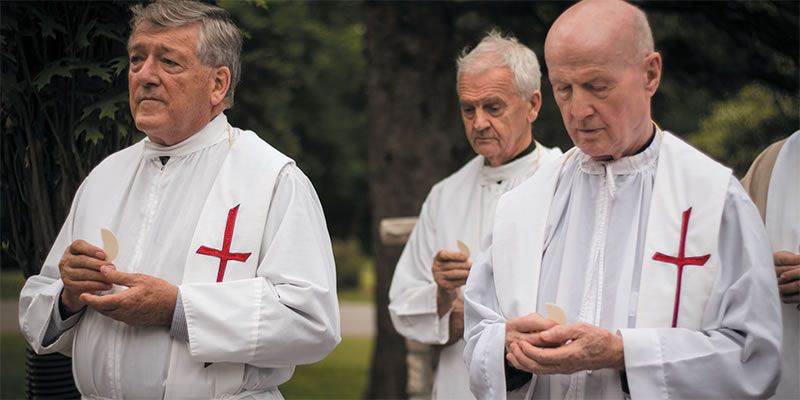 The spacious and peaceful grounds of St. Columbans in Nebraska are greatly favored by many species of wildlife. However, the whitetail deer that roam freely there get the most attention and admiration. In summer, does with their fawns graze serenely on the lawns during the day and then doze contentedly in the shadow of the buildings at night. Throughout the winter months, the wooded slopes and hollows provide them with shelter from the piercing winds.

What a heavenly setting St. Columbans would be for the deer community were it not for the fact that the long, harsh winters result in the natural sources of water remaining frozen for several days, or sometimes for a few weeks at a time! However, a few years ago, upon seeing that all was not well in this deer paradise, Fr. Charlie O’Rourke set out to rectify it. Placing a large plastic tub on the lawn outside his office, he attached a simple heating device to it, and then with the aid of a hosepipe, filled it with water once a day. News of that tub must have spread like wildfire among the members of the deer community, because it quickly became their favorite watering hole, both in winter and in summer. Sensing the satisfaction that their parched throats got from his simple act of kindness, Fr. Charlie was determined not disappoint them: therefore, refilling that tub twice a day became both a duty and a delight for him.

Seeing Fr. Charlie’s sensitivity towards, concern for, and commitment to the deer at St. Columbans made me realize that these were traits that he had nurtured throughout his long life and which greatly enhanced his vocation as a Columban missionary priest.

Born on All Saints Day, November 1, 1930, Fr. Charlie was often teased that he had no choice about becoming a holy man! Moreover, since he had been baptized a few days after his birth, on the Feast Day of Charles Borromeo, sometimes he was reminded by his friends that his patron saint had set a high standard for him to follow.

While still a child, Fr. Charlie’s thirst to know God’s will and his desire to follow Jesus led to his decision to become a Columban missionary priest. Back in the 1940s, what a momentous step it must have been for this fourteenyear- old boy to say goodbye to his close-knit family in a small Midwestern town and travel almost a thousand miles by train to the Columban seminary in upstate New York in order to dedicate his life to God!

After his ordination in 1957, Fr. Charlie was assigned to Korea. There, in addition to learning a new language and navigating a different culture, he encountered many people who were still experiencing hardships in the aftermath of the Korean War. The experiences of those early years on mission led him to realize the importance of becoming an attentive listener. Then, as he sought to respond to the various physical needs of those who were suffering around him, he also came to sense their thirst for God. During the next thirty years, while ministering in parishes in Kwangju, Mokpo, Seoul, Cheju Island, Pusan and Chollanamdo, the focus of Fr. Charlie’s mission was not on the construction of church buildings, but rather on the building of faith communities where people could come close to God.

While the next thirty years of Fr. Charlie’s life were spent in his home country, he continued to minister to the Korean people in Chicago, Los Angeles and Omaha. Having spent many years as a migrant in Korea, he instinctively understood the frustrations and yearnings, as well as the disappointments and hopes of Korean migrants in the U.S. He also understood that the church community was an invaluable form of support for many of them as they looked to God for guidance and help in the strange and stressful environment of their adopted land.

Fr. Charlie was a man of prayer. Through prayer, he kindled his thirst for God and nurtured his commitment to be of greater service to God’s mission in the world. Teaching others how to pray, and encouraging them to be faithful to prayer, was one of his cherished ministries. When he could no longer hold weekly prayer gatherings in the hall at St. Columbans as a consequence of the pandemic, he quickly learned how to facilitate them over the internet. However, soon afterwards he was diagnosed with terminal cancer and was told that he had only a few more months to live. 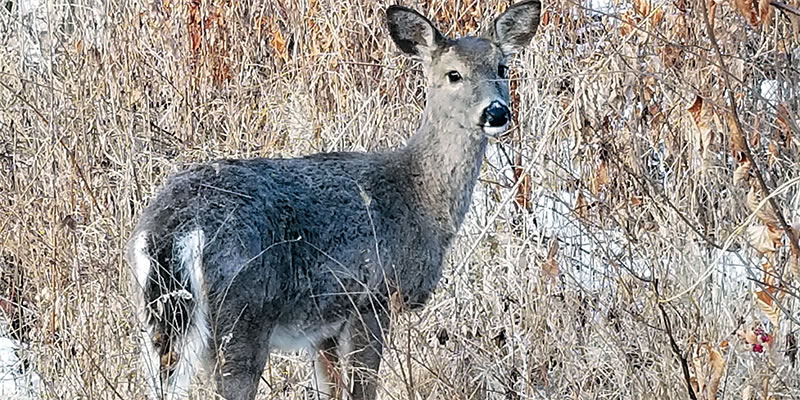 Some weeks later, in a message to family and friends, Fr. Charlie wrote, “It is hard to pray when the pain is severe, but I am aware of how God embraces me and helps me when prayer might be difficult…just thinking of God and spending time with God as a friend. You may say that is not prayer, but some days that helps me so much and I do consider that prayer. The Mass brings to mind that I am in the presence all the angels, saints, loved ones … all are present and jubilant in celebrating the beauty of God and all that God is.”

so my soul is yearning for you, O God.

My soul thirsts for God, the living God.

When can I enter and see the face of God?

A few days after his 90th birthday, on November 6, 2020, Fr. Charlie’s lifelong thirst was finally quenched when he left this world in order to meet God face to face.