Missionaries for a Common Humanity 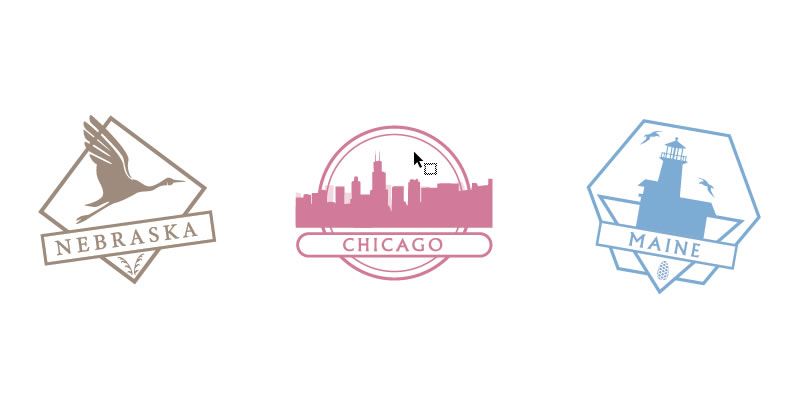 In March 2020, I was enjoying the sabbatical program “Ministry to Ministers” at the Oblate School of Theology in San Antonio, Texas, when the program was suspended due to the coronavirus pandemic. It was a disappointment, but it was also the beginning of a different kind of missionary journey. Because of the pandemic lockdown, I could not return to Chile. Over the next few months, I would drive across half of the United States and pitch my tent in various places: the Columban headquarters in Omaha, Nebraska; a hotel in Chicago; my brother’s home in Portland, Maine; the Columban residence in Bristol, Rhode Island, and finally in St. Agnes Cathedral, Rockville Center, New York. The truth is that I was welcomed and treated well everywhere I stayed!

The Diocese of Rockville Center invited me to help at St. Agnes Cathedral. One of the reasons that I enjoyed being there was the opportunity to meet parishioners who know Columban missionaries and have supported our work over the years. They asked me about Columban missionary priests whom they knew in the past and what had happened to them. I have visited their homes,and they shared their stories of faith with me.

Pope Francis wrote his encyclical “Fratelli Tutti” as a response and reflection on the worldwide pandemic. The pandemic revealed the common vulnerability which we all share. The Holy Father sees the pandemic as the opportunity for us to discover our common humanity and to build a world based on fraternity and social friendship. His call for “universal fraternal charity” builds on Pope St. John Paul II’s description of missionaries as “universal brothers and sisters.” For me, during my time at St. Agnes Cathedral it was privilege to meet some missionaries for a common humanity so close to home!

Peter and Delia Garrity are active in the cathedral parish as lectors, extraordinary ministers of the Eucharist and members the parish choir. Delia is a retired Assistant Superintendent of Schools in Rockville Centre, and Peter is a professor at Teachers College, Columbia University. Peter told me that he was from Hyde Park, Massachusetts, close to Milton where the Columban Major Seminary was located. He remembered meeting Columban Father Patrick Bastable and walking with him to the seminary on several occasions. He credits Fr. Paddy with awakening in him an interest in the missionary apostolate of the Church. However, he did not respond to Fr. Paddy’s hints about joining the Columbans, but many years later Peter and Delia would make their own missionary commitment.

Robert Silon is a dentist in Rockville Center who had offered dental services as part of a medical team led by H.E.L.P. International in Uganda. He learned of a longerterm project the organization was starting for a refugee village in Masese, Uganda. Masese is a village where most of the people are refugees from Sudan, Rwanda, and the Congo. They are Catholics, Protestants, and Muslims. The project needed health and education support, so Robert and his wife Diana reached out to their friends, the Garritys. Over a shared passion for service, the two families, with their daughters, Corryn Silon and Trish Garrity, took the first of more than twenty trips that would change their lives. What started as a school in a shed for 40 students in 2010 has grown to a primary school, serving 540 students, nursery to grade 7, and providing two meals each day. Due to high food scarcity and low economic opportunity for adults in the village, it was common for the children to eat only every three days.

A sponsorship program was launched for the families most in need that provides weekend food for the whole family, lessening malnutrition. The school then moved to providing medical treatment for intestinal worms, yellow fever and malaria, in addition to clean water on campus. In time the school would offer vocational training for adults and small microfinance loans for innovative local entrepreneurs, who lacked the capital and confidence to pursue business. The most significant business venture is an artisan cooperative of the mothers of the students called “Bigger Than Beads” where the mothers make jewelry, handbags, bread baskets, rosaries etc. The products are purchased directly from the female artisans at a fair price, sold at markup in the United States, and 100% of the net profit is reinvested in the school.

Peter and Delia travel back to New York with three, 50 lb. bags filled with the products of the cooperative. Their garage has been converted into a shop displaying the handicrafts. Monsignor Bill Koenig, the rector of the Cathedral parish, is an active supporter of their work and helps them organize a handicrafts fair for the parishioners of St. Agnes. Each year between US $3,000 and $4,000 dollars is made in the sale of the different handicraft articles.

The first celebration of the daily Eucharist in St. Agnes Cathedral takes place at 6:30 A.M. It is always well attended. Mary Joesten, an elderly parishioner, begins her day with daily Mass, but on Saturdays she heads off to work in an ecumenical food pantry. During the pandemic, the food pantry has helped hundreds of people with food relief. However, Mary has been involved in reaching out to the poor since 1969! Her husband was a permanent deacon of the Diocese of Rockville Center. His wife took seriously the ministry of service of the diaconate. She tells the story of how her husband got up one morning and walked into the bathroom of their home to find a homeless man using his razor! Mary had invited him in for breakfast and let him shave himself!

The Men’s Prayer Group in St. Agnes meets on the last Thursday of every month. Kevin Conlon, the coordinator of the prayer group, invited me to speak at one of their meetings. The group was founded by Stephen McDonald, a New York City policeman, who was shot in the line of duty in 1986. The shooting left him quadriplegic and in need of a ventilator. Stephen forgave the youth who shot him and went on to create the “Breaking the Cycle” program which advocates non-violent conflict resolution. Stephen would travel multiple times to Northern Ireland with his friend, Fr. Mychal Judge, OFM, who was killed on September 11, 2001, during the terrorist attack on the Twin Towers in New York. Stephen would spend the rest of his life working to promote the importance of forgiveness. His wife is a lector in St. Agnes Cathedral.

I am sure that if I had spent more time in the parish, I would have heard many more stories of selfless service which recognizes that we are all called to be “missionaries for a common humanity.”

After many months in the United States during the coronavirus pandemic, Fr. Michael Hoban is once again living and working in Chile.