One in His Image 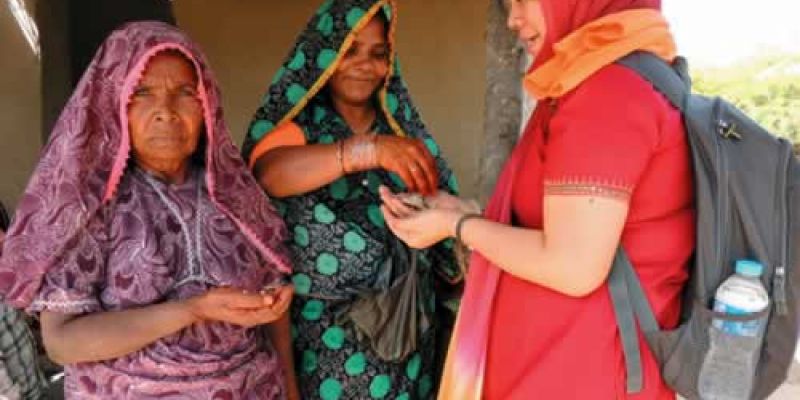 My Pilgrimage in Interreligious Dialogue

My pilgrimage in – indeed conversion to – interreligious dialogue started even before I learned the phrase interreligious dialogue. Both my parents were from Luzon in the north of the Philippines but, in 1946 soon after World War II, my father decided to migrate south to the mostly Muslim island of Mindanao. He took the risk of investing his share of the family inheritance in real estate properties near the city of Pagadian. My mother had a similar migration story, and so my parents met and got married in Mindanao.

Mindanao is the second largest island in the Philippines and is a place where sizeable numbers of Muslims and Christians dwell together. Our parents did not allow their children to speak the local language. At home we spoke Tagalog, Ilokano and English, but not Cebuano. My parents said: “We are not Cebuanos!” Even when quite young, I used to challenge my parents, asking: “But we are not English so why is it alright to speak English?” My boldness would result in a scolding and commands about “no more questioning!” Cebuano, of course, was the language spoken by most Muslims in the area. This linguistic restriction only stirred my curiosity about Cebuano and unknown to my parents I even tried to learn some of it. As a child, simply by listening to my playmates I was already speaking Cebuano before I knew it.

As I was growing up, my parents were continually talking about going to court because of a land dispute. My father held a land title proving his ownership of a piece of land, but the Muslim chief said that a “land title” is just a piece of paper and that the real owners of the land are their ancestors. For us this was a strange notion of private property. My father, accompanied by our tenants, would go to the police to report this harassment and, during the harvest season, our tenants would request “back-ups” for security purposes. This land dispute went on and on for as long as I can remember. Before Dad passed away in 2008, he divided his properties and transferred ownership and land titles to his three children except for that disputed property. He didn’t want us to inherit the conflict.

This land dispute created an atmosphere of fear, and we felt coldness and ambivalence towards Muslims. These feelings were not confined to our immediate family but contaminated our relatives and the families of our farm tenants. When I was in elementary school, I was permitted to visit the houses of my classmates except the homes of my Muslim friends. Later, my sister and I were strictly prohibited from entertaining Muslim suitors. They were all labeled “land grabbers” and “criminals.” Are they all really dangerous, I asked?

When it came time for me to go to college, my parents sent me north because they felt that it was safer to be far from the Muslims. After finishing college and passing the nursing exams, I returned to Mindanao to work in one of the hospitals in the city of Pagadian. My nine years there not only enhanced my nursing profession, but was also an occasion to learn skills in showing respect to all the clients coming to the hospital, an occasion to appreciate social and cultural differences. This was a great opportunity to build rapport with Muslims and get to know them up close and personal. They were our main clients. My confusion caused by the assumption that Muslims are land grabbers and criminals was gradually replaced with empathy and respectful relationships. I was not only their nurse but also their friend.

A deeper relationship with Muslims started to flourish when I started to respond to invitations to join their important family gatherings. I was no longer in the role of the nurse making a follow-up home visit to long-term patients who required palliative care, but I came to be considered as a member of their family. I truly appreciated and enjoyed this. Partaking in some of their important family gatherings and joyfully eating their food and dressing like them has been an awakening experience. It has liberated me from fear, mistrust and ambivalence. However, my family still worried for me saying I was making myself vulnerable to danger and abuse, but I vehemently disagreed.

Although our school books contain simple explanations about the beliefs, practices and rituals of other religions, the school books I read did not deal much with how to respect and celebrate our differences. Having experienced the life of my Muslim friends, I became their advocate. I remember pleading with my parents and siblings not to use the land dispute to disparage all Muslims. All people are capable of grabbing land. I must admit that convincing my family was a tough, uphill struggle, but I have stood my ground.

To fully understand and appreciate our religious and cultural differences I believe that we must have a complete head-to-heart conversion. For me this means changing my perspective from seeing God as only inside the Church and primarily for Christians, to seeing God as a person who is present to all people and present in all religions. In 2002, when I joined the Columban lay mission program, the subject of interreligious dialogue was part of our orientation. It affirmed my earlier conviction that differences of beliefs should not be the basis for defining who we are but rather should be a space in which to understand and respect one another.

As a lay missionary in Taiwan, I worked for nine years in the migrant ministry at the Hope Workers’ Center. There we assisted migrant workers from Indonesia, Thailand, Vietnam, Philippines and Cambodia. Our work involved counseling and assistance for exploited workers, victims of labor trafficking or sex trafficking, provide temporary shelter and visits to people in detention centers. Given the countries that most of the migrant workers came from, I was able to encounter a variety of religions. I found that their religious beliefs and background are important aspects of their ability to understand and cope with their situations. The center is not only for migrant workers who experience difficulties but also a heartwarming place to celebrate different cultural and religious festivities. The time I spent in the migrant ministry have tested my proclamation on “one in His image.”

I am reminded of a telephone call I received at the crack of dawn from the Taiwanese parish priest of the church where the Hope Workers’ Center is based. His voice was apologetic but urged me to go to the center as soon as possible because a migrant worker was brought by a taxi driver and seemed to be in a lot of pain. Not knowing the real story but also acknowledging the urgency of the situation, I rushed on my motorbike to the center. There I saw a man soaked in blood lying and curled in front of the gate of the church, moaning in pain, crying out for help. Some of the neighbors were looking at him. I saw no indication whatever of assistance being offered to alleviate his discomfort. When they saw me get off my motorbike, the neighbors commanded me to move fast. He was an Indonesian migrant worker who was locked up by his broker but managed to escape through a window by tying his clothes and a blanket to make an escape sling. Due to his weight the knot untied easily and he fell from the second floor but managed to crawl beside the road until a taxi driver helped him in and drove him to the church at the worker’s request.

I found this to be a provocative experience. The layers of human dynamics in that scenario made me reflect on the Good Samaritan. Who was the Good Samaritan in that scenario, I asked myself? Obviously I cannot count myself as one because I was called to assist him; my presence wasn’t voluntary. When a stranger knocks the door for help I pray that my response to help will be spontaneous because I see Christ in him.

It is my hope that one day people will call each other by name and not through labels of creed and race. This is how I see God—no limits, no boundaries, but a Being who is present to everyone, and in the midst of every group, regardless of “nation, tribe, people and tongue.” (Rev. 5:9)