In So Many Words

In our modern world many people who were born Catholic and Christian proclaim that they are now atheist. On the other hand, many who never embraced the Christian faith have severed all ties with atheism and Marxism and suffered and endured prison and torture because of their conversion and immersion into a powerful witness of faith and love. There have been many heroic converts to Christianity over the centuries. One of these was Tatiana Goricheva. She lived during the Soviet Era in Russia. She was a very capable lecturer in electronics at the University of Leningrad. 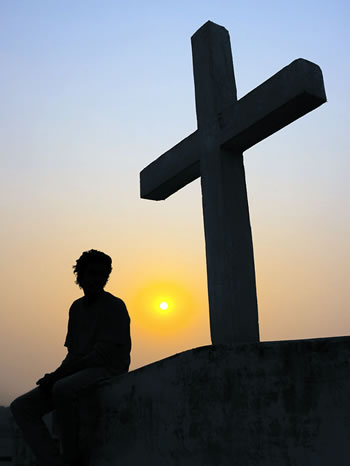 In her autobiography, Tatiana relates the story of her exceptional discovery and her conversion to the Christian faith. She describes how she gave up the Marxism/Leninism which she learned in her youth once she discovered the existence of God and His self-revelation in Jesus Christ and in His Church.

For this she was dismissed from her university lectureship and interned in a work camp in Kazakhstan, after which she was deported. But Tatiana wasn’t put down by this treatment. On the contrary, she radiated new life because of her new-found belief in a loving God, which gave her new impetus and transformed her whole life. Why did she suffer so much and abandon the way of life she was educated in and lived up to then? She herself said, “My aim was to be cleverer, more capable and stronger than others. But no one had told me that the supreme thing in life is not to overtake or get the better of others to love.” Isn’t that the secret of life no matter what one believes?

In the Gospels, Jesus left us two great commandments: to love God above all things and to love others as we love ourselves. It sounds simple but may not be easy to do. At times we can find many reasons why we feel we can’t love God because we can’t see Him. And at times it may be too much of an effort to love others because when we look at them or live with them, we only see the differences between us. But the way of the Gospels moves in rhythm with the heartbeat of the Man-God who brought the culture of mutual love and self-gift even to death into our world. The truth of every other person lies in the fact that each one is my brother or sister for whom Christ died.

She radiated new life because of her new-found belief in a loving God, which gave her new impetus and transformed her whole life.

Our modern world is mostly the product of science and technology. Faith in many cases has been reduced to probable opinions. But what is this Faith? What is the Good News? It is the wonder of humankind risen in the Resurrection of Christ as the victory of God. St. Paul exhorted the new believers, “to walk in love as Christ loved you and gave Himself for you.” He also reminded them of their deepest identity as “God’s work of art” created in Christ Jesus to live the good life as from the beginning He had meant us to live it.

Columban Sr. Abbie O’Sullivan was missioned in the Philippines, Hong Kong, Britain and is presently missioned in Ireland.