Reflections of an Aging Catechist 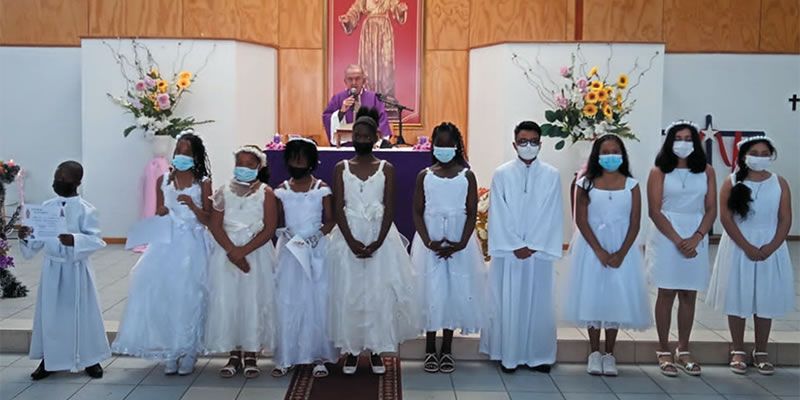 During my years here in Chile, I have been always been interested in catechetics. The Chilean Church was among the first local churches in Latin America to promote family catechetics. Family Catechetical programs are designed to help parents prepare their children for the reception of the Eucharist. Parents meet in small groups where they share about their lives and grow in their own faith. They are the primary educators of the faith for their children. In the various parishes where I worked, I tried to work closely with our adult catechists, meeting with them regularly, providing formation and promoting the reading of the Scriptures. I also accepted the responsibility for several groups of parents and met with them every week. But, my work was primarily with adults! In the Family Catechetical program, the catechists of the children normally are the youth of the parish, and are known as Animators of the Faith or Educators of Children in the Faith. That would all change when I was assigned to our Columban parish in the north of Chile!

The parish of Sagrado Corazón de Jesús is located in northern Chile, in the middle of the Atacama Desert, the driest desert in the world. Our municipality is Alto Hospicio which is the neighboring municipality to the city of Iquique. This is mining territory, as well as a center of commerce and of transport of goods to Bolivia. Columban missionaries have been working in the diocese of Iquique for more than forty years, and the three existing parishes in Alto Hospicio were all developed by the Columban missionaries. Our policy has always been to develop new parishes and then hand them over to the diocese. At present, we are responsible for the parish of Sagrado Corazón de Jesús.

Our parish is unique in many ways. It is an area which is still very much in development. There is plenty of undeveloped land in the desert! While it is true that the government and private enterprise are building a lot of new housing, the number of squatter settlements is steadily increasing. There are fourteen squatter settlements in our parish. When families arrive to live in a settlement, they will put up a temporary building made of plywood or other light building materials. They don’t have to worry too much about the roof because it never rains here. Gradually, they will make improvements, adding rooms and building solid walls made out of concrete building blocks. Unfortunately, it may take years before basic services like paved streets, running water, sewage and garbage disposal arrive. In the meantime, the local government sends trucks with water, and electricity is provided in a reasonable amount of time. When a proper home is constructed, they can spend several years before they obtain legal recognition for their house.

The majority of people moving into the squatter settlements are immigrants who come from various countries of South America: Perú, Bolivia, Colombia and Venezuela. Recently, there has been a huge influx of Venezuelans. One of the biggest and oldest squatter settlements is located three blocks from the parish house. It is called “Toma Santa María.” Toma is the word used here for land which is occupied illegally. The majority of families in Toma Santa María come from Perú, Bolivia and Colombia. The Colombians are Afro-Colombians.

Because of the pandemic, schools initiated online learning. The diocese of Iquique adapted its catechetical program to the circumstances. Our parish followed suit and began to prepare children for First Communion through virtual classes. Unfortunately, the children of the “toma” did not have regular access to internet. Senora Leda Cortes is Chilean and lives in the Toma Santa María. For many years, she worked in child care and kindergartens. When the pandemic restrictions were eased, she began meeting with a small group of children to tutor them. They met in a community center run by the Jesuit charity “Hogar de Cristo.” The parish had used the community center for a soup kitchen until the pandemic interrupted this important service. Her classes always began with prayer, and she even taught them how to pray the Rosary. She soon discovered that many of the children were not baptized, and none had been prepared to receive the Eucharist. She started to look for a catechist! She made me an offer I couldn’t refuse!

So I began meeting on Tuesday afternoons with the small group which eventually grew to about fourteen children. I soon learned that my methods for working with adults didn’t work with hyperactive children. I would begin the lesson plan and after about five minutes I had lost them. They would start squirming in their seats, poking one another or heading for the swings. I always brought a written summary of the lesson. I noticed that instead of reading the lesson, many of them would draw something on the sheet. It finally occurred to me that less talk and more drawing might hold their attention. I got on the internet and began downloading pictures to be colored.

The pictures always had something to do with the particular theme of the class. I added short texts from the Gospels. I also introduced some puzzles, mazes and maps, all based on the Bible or the Sacraments. One of the parish catechists, Jorge Mendoza, provided me with a box full of dozens of coloring pencils. Jorge and his wife, Monica, prepare couples for marriage and parents for baptism. Instead of talking I would spend a lot of time sharpening pencils! As the children were drawing, I could talk about the Nativity, the flight into Egypt, the miracle of the loaves and fishes, etc. The children took the coloring of the pictures very seriously. We bought copybooks for the children in which we pasted their drawings. Senora Leda always finished her tutoring classes with something to eat for the children, and I inherited that responsibility. I bought lots of cookies and chocolate drinks! Class always finished with prayers. Senora Leda had taught them well.

Jorge Mendoza and his wife were an invaluable support. They were in charge of the soup kitchen and knew most of the parents of the children. The children called them “Tio Jorge” (Uncle Jorge) or “Tia Monica” (Aunt Monica). If a child stopped coming to class, Jorge would visit the family to find out what was happening. When I could not attend a class, Jorge would replace me. After a couple of months in the community center, we were able to move to a meeting room of the chapel of Sagrado Corazón de Jesús. Jorge came up with the bright idea of allowing the children to play soccer for twenty minutes on the dirt patio. That way they came into class with less physical energy.

Our next step was to invite the children to participate in the Friday evening celebration of Mass. I have to admit, I was more than a little wary of this move! Would these restless children sit still for forty minutes? The answer was Yes! They made it clear that they wanted to participate. Fortunately, I had brought special children’s missals from Santiago with the prayers of the Mass as well as one of the special Eucharistic Prayer for children. With the missalette in hand, the children quickly learned the responses. One bold move deserves another so I invited them to act as altar servers. Once again, I was surprised that most of them wanted to be altar servers. They started showing up early for Mass and offering to help. At the end of every Mass, I invited the faithful to give them a round of applause! Toma Santa Maria Summer Camp There is nothing like a brief spell in the spotlight to stimulate conversion!

As the time grew close for their first reception of the Body and Blood of Christ, we began to meet with the parents.

In one meeting, Jorge suggested that the children be dressed in white tunics which the chapel could provide. This idea met with strong resistance, primarily of the parents of the girls in the group. They wanted their daughters to wear a communion dress. The boys could put on the white tunic but the girls had to wear a communion dress. My years of dealing with parents of First Communion children had taught me not to argue with the parents. For poor parents, wearing the communion dress means that “my child matters.”

The First Communions were celebrated on December 12, the Feast of Our Lady of Guadalupe. As you can see from the attached photos, the children came dressed in their finest! It was joyful and moving celebration, a sign that in the celebration of the Eucharist all are welcome and we are all equal, daughters and sons of our loving Father and sisters and brothers of Christ; all welcome at the table of the Lord.

Even though I might be an aging catechist, these immigrant children taught me a new way of preaching the Good News to the littles ones and for that I thank them. I’ll be back! 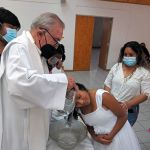 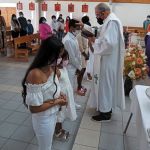 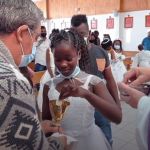 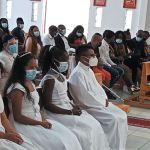 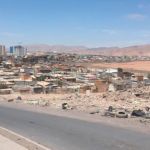 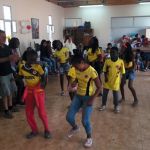