Seeking the Humble and Contrite Heart 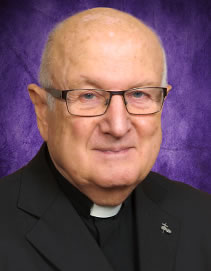 Queen Victoria’s Diamond Jubilee in 1897 was quite close to what people think of now as the high-water mark of the British Empire.

Instead of triumph and bombast and celebration, Kipling wrote these memorable lines:

Have we passed the high-water mark of American Catholicism?

Many of the people who write to us bemoan that their own children and grandchildren are not going to Church. Religious practice has unquestionably declined over the past generations. Opinion polls confirm this trend.

Nevertheless, while these surveys use different methodologies, the causes they cite are quite varied. We have all heard a host of opinions as to why organized religions (not just Catholic!) have suffered decline in members and influence.

People speculate that the reforms of the 1962-66 Vatican Council resulted in our diminished numbers – either because they went too far or did not go far enough. The Vatican II changes were enacted at a moment of great cultural foment, the 1960s. Obviously changing times influenced Church life and faith life – both positively and negatively.

If it took 50 years or more to come to this situation, it will probably take at least that long to chart a new and better future. There is consolation in remembering that Church history is marked by similar crises. The saints – martyrs, monks, mendicants, missionaries - in every era have led movements of transformation in the Church. They did so at a great cost – sometimes paying with their own lives.

Sin, of course, is not new. In recent decades, we have witnessed corrupt behavior by individuals within major institutions, adding to our tendency to mistrust once-revered institutions. Clergy have been revealed to have engaged in criminal sexual behavior and cover ups – especially harming young people. In reaction, some of our Catholic people have headed out the door. There have also been financial scandals. Tragically, many who leave abandon not only our faith but also all religious faith.

Today’s society is permeated by individualism that discourages social participation in any form, including religious.

Societal values have shifted. Today’s society is permeated by individualism that discourages social participation in any form, including religious. Ideological divisions have seriously weakened our response to the challenges that the Catholic Church currently faces. Some things are beyond our power to control, but not everything.

Pope Francis is trying to transform the entire Church into a more participative organization. And Cardinal Wilton Gregory said recently:

“We need a transparent way to tell the truth, to hold ourselves accountable, and to return to the central mission of our Church, which is Gospel concern for the poor, and the proclamation of the message of Christ for the life of the world. If we can do these things well, the other concerns will respond accordingly.”

The humble and contrite heart is still sought 125 years after: