Of Such Legends Are Made 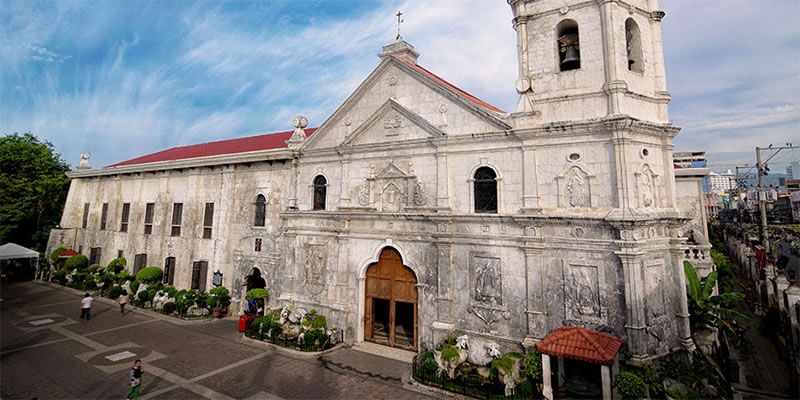 A carving out of wood with little artistic merit, yet adorned in robes of kingly magnificence, the Santo Niño is a source of religious myth and fable dating back to the sowing of the first seeds of Christianity in Philippine soil just half a millennium ago.

Celebrated in festival and dance, the small statue of the kingly boy Jesus has become a symbol of the Christian faith opening its arms to embrace the disparate cultural and language groups that populate the Pearl of the Orient Seas and an expression of the bonds that connect the Christian people with their Muslim sisters and brothers.

Housed in Cebu behind tight security for the past 400 years of its turbulent existence in the Basilica Menor del Santo Niño, the Santo Niño has an annual outing through the streets of its hometown on the third Sunday of January.

In pre-COVID times, the city played host to crowds from across the country jamming the thoroughfares to catch a glimpse and a blessing, as well as make merry in the conviviality of a major fiesta. The festival honors the Santo Niño with the centuriesold dance known as the Sinulog. It is performed to a haunting drumbeat so foreign to the modern ear that keeping the rhythm of its one-step forward, half a step backwards challenges even the most dexterous of stalwarts.

However, while the dance may be soaked in tradition, the statue’s fame peppered with earnest supplication and drenched with care and respect, the popularity of its annual celebration is relatively new. Seized upon in the 1980s by the then-minister for Sports and Youth Development, David S. Odilao Jr., it was slated as a good expression of Cebu’s cultural history. Odilao gathered a group of young people to dance the Sinulog around the basilica.

As the boy Jesus clothed like a king, the Santo Niño stands as a symbol of the transition from the religion of the natural world to Christianity. Shrouded in myth and fable, historians mostly believe it was presented by the Portuguese explorer sailing under the flag of Spain in 1521, Ferdinand Magellan, to Hara Amihan, later known as Queen Juana, consort to Cebu’s raja, Humabon, as a baptismal gift.

Magellan’s records suggest that about 800 people received the sacrament of baptism between his arrival on April 7 and his death three weeks later, which resulted from an altercation with the raja of Mactan, Lapu-lapu, on April 27.

The remnants of Magellan’s crew managed to get back to Spain, but it was another 44 years before the Spanish returned to Philippine shores. A contingent of conquistadors, akin to pirates in government uniform, arrived on April 28, 1565, under the command of Miguel Lopez de Legaspi.

In the marauders’ usual friendly manner, they sprayed the village with cannon fire from their ships and later one of them, Juan Camus, discovered the statue of the Santo Niño stacked in a box along with several other idols when searching the smoldering ruins. Historians claim that during the intervening 44 years the people continued to dance their traditional Sinulog, no longer in honor of their former idols, but in recognition of the Santo Niño.

Popular mythology illustrates the determination of the Filipino people to claim the Santo Niño as their own. It is said that on two occasions it was shipped to Spain as a present for the king. However, when the box was opened in Madrid, it had miraculously fled and reappeared in its home in Cebu.

Another attempt was made to present it to the pope, this time under lock and key, but once again, it hotfooted its way back and was safely ensconced in its rightful home when Vatican officials received the package.

Other legends attributed the statue’s existence to a deal done with Chinese traders by Spanish Franciscans, but a more attractive one claims that a log of wood was fished out of the water by a hapless fisherman. Locals discovered that the log could dispel birds ravaging their crops, make it rain and increase fishing hauls, so they carved it into the Santo Niño.

Such stories notwithstanding, today the Sinulog is danced in churches as a symbol of religious linkage and heritage. Those privileged to carry a replica of the statue in procession often dress as a Muslim woman to illustrate the interreligious relationship between Christianity and Islam.