There's a Kiwi in the House! 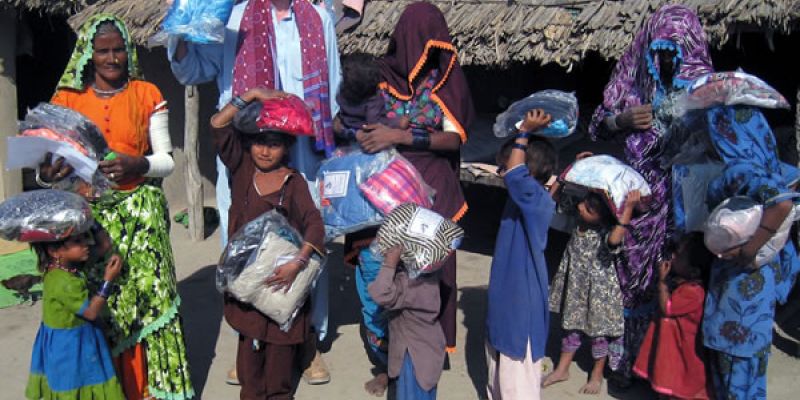 When Dan O'Connor first arrived at the Columban House in Lahore, Pakistan, in 1983, he was greeted with "There's a Kiwi in the house!" And indeed he was a "Kiwi" hailing from Hokitika on New Zealand's South Island. He had been posted to Pakistan for two years on the Columban Overseas Training Program. Dan's family were dairy farmers, and he describes himself as being "a farmer at heart, working close to the land and so close to God." Yet he was feeling the call to leave his beautiful valley to join the Columbans. The family used to receive the Columban magazine, "The Far East," and his father would read stories to his children from it. "Why do you have to go to another country?" inquired his mother when Dan sounded his parents out about joining, but they were supportive when, at the age of 26, he first contacted the Columbans.

Dan's life path could have gone in several directions. He worked in a hospital for a time, but even more important to him was his running. In 1977 he ran in the New Zealand cross country and marathon championships for the Canterbury Center. However, he did not pursue it as seriously as his sister Mary O'Connor, who secured a coach and went on to run in the Los Angeles Olympics. She placed second, twice, in the London Marathon.

Dan moved to Australia for his Columban training and says he "had a deeper peace that wasn't there before." In the beginning he found classes difficult enough, compared to his outdoor life working on the land and milking cows, but "they had a tractor and an orchard, and I joined a local running club."

In 1983 he found himself in Lahore, northern Pakistan, for eight months learning the Urdu language followed by a further four months in the town of Murree in the foothills of the Himalayas. After six months he was able to communicate to some extent with the locals. He enjoyed sharing the life with the local culture and the hustle and bustle of city life. At times it was not so easy to enjoy the pollution and loud tooting of the erratic traffic as well as the fierce summer's heat. While in the mountains he trained at seven thousand feet altitude. There he won a race with the support team of Sultan (language teacher), and Rasheed (cook). Back on the plains he represented the Punjab Team in the 42.2 kilometer marathon race at the "Pakistan Olympic National Games." Dan placed second to a runner from Nepal. A protest was lodged as Dan had won points for the Punjab Team. "He is not a Punjabi," they complained and despite gaining second position he was disqualified from winning points although delighted to be presented with the large silver medal. He loved the parish work which included a stint in the southern Sindh Province, with the Parkari Kholi tribal people.

After ordination in 1986, he was assigned to Pakistan, where he spent many years in the Lahore Diocese before moving south to Hyderabad Diocese in the Sindh. He likes to wear the local loose-fitting dress called shalwar kameze with a Sindhi shawl as a protection from the hot sun and dusty desert. On special occasions, such as Christmas and weddings, the locals love to have a large drum beating loudly, and Dan enjoys joining in the lively dancing.

The Columbans have a strong commitment to interfaith dialogue and this is a key mission for Dan. "Much interfaith happens at grassroots level in the ordinary everyday happenings such as drinking tea, shopping, public transport, talking about cricket, etc. It also takes place in a most profound way in the health clinic in the Badin Church Compound. Here the sick and poor come for medical treatment. Many of these are tuberculosis patients and are Muslim, Hindu and Christian. Doctor Zakir is a Muslim, and the other staff are Christian. Schools in Badin parish have Christian, Muslim and Hindu students. The teachers are Christian, Hindu and Muslim. During the Holy Month of Ramadan an "Iftari Party" consisting of prayer and a shared meal is hosted in the parish. "This facilitates Muslim, Christians and Hindus to be good friends" he states. Columbans also support poor rural workers who work for wealthy landlords in somewhat slave-like working conditions focusing on the human rights of illiterate farm workers.

"It is great to be in a country where the culture and language are so different from my own" says Dan. He loves the hospitality of the people, the experience of the rural villages and singles out the wedding season as a particular delight. Most wedding services he conducts are inculturated, meaning that aspects of the local WWW.COLUMBAN.ORG November 2017 21 culture are in the liturgy service. "The bride leads the groom slowly around a candle and crucifix three times after which this is repeated three times with the groom leading the bride."

Within the minority Christian community, there are initiatives to build up the local church. Empowerment of women is promoted by the parish team, including religious Sisters. International Womens' Day is celebrated with great gusto. Local women make beautiful Christmas and Resurrection banners, and many of these are sold in New Zealand. The monies raised help with such things as school fees, clothes, Christmas shopping and in the installation of hand water pumps in villages.

In line with Pope Francis' encyclical "Laudato Si," the Columbans work to raise awareness of ecological issues collaborating with environmental and development groups. Columban mission in Pakistan is close to the people, and the people are close to the land. "Although the people do not own the land, they are close to it. We share life and hope with visitation and Mass in the many villages where our parishioners eke out a living in the scattered villages." Dan reports that the salinization by sea water in the Sindh is a growing issue, negatively affecting agricultural output and food production. Villages are supported in the planting of trees.

Dan has run marathons in under two and a half hours, but his most impressive skill is his energy for Columban mission in Pakistan over the past three decades. He has truly entered into the life and culture of the country. "The Christian community though small and often marginalized have a great zeal for life with Jesus as their Savior and friend" says Dan. They identify with the cross because of all the crosses in their lives, but they have a tremendous zest for life."

Christmas in the villages reveals to him what the scene at the birth of Christ must have been – single room mud hut homes, straw to lie on, goats, sheep and shepherds under bright shining stars. Visitors coming to Badin Parish comment that what they experience and see must be similar to that of the first Christian communities.