When God Speaks Through the Bush 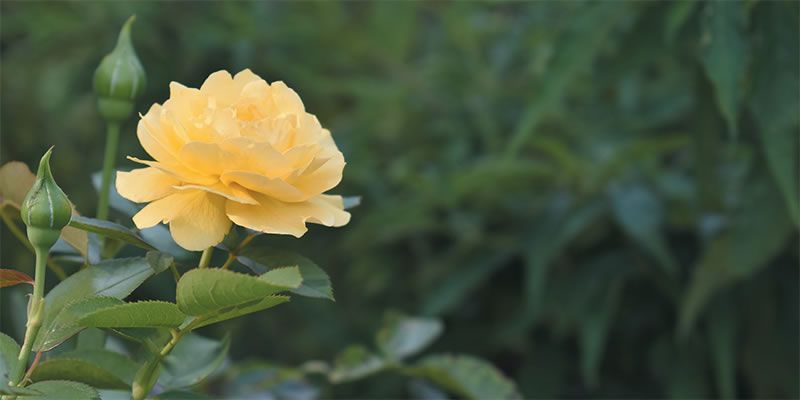 In the Bible God spoke to Moses through the Burning Bush in Exodus Chapter 3 giving him a special message. I never thought that God would also relay His message to me through a bush at this present modern time, but He did! It was not through a Burning Bush, but through a yellow rose bush. You may ask, how and what makes God choose a bush again to relay a message? Let me tell you the story.

The year 2020 was the 30th anniversary of the Columban Lay Missionaries (CLM), a great celebration across the society. The CLM here in the Region of Britain, with the support of the Regional Council, were so excited to mark it by celebrating it. We first thought of planting a tree that would grow tall that people could look up, or plants that could grow flowers that could climb up so people could easily see it too. Then, suddenly the coronavirus pandemic struck the world and affected many countries including United Kingdom.

Our plan was postponed due to lockdown after lockdown. Then finally in November 2021 after more than one and a half years, the coronavirus restrictions were relaxed and it was announced that we could finally gather to celebrate the Feast Day of St. Columban. Lay missionaries in Britain got excited again to resurrect our plan to mark the 30th anniversary of CLM.

On the day we were meeting to finalize what to plant, Columban Fr. Ray asked, have you seen the article in The Guardian UK News online this October that a yellow rose breed was named after the first well-documented Ethnic Minority Briton? So, we all searched the internet and we read it together. It was true. There is a yellow rose named after the first Ethnic Minority Briton, an 18th century gardener who was the first recorded Black person in North Wales.

The meaning of the yellow rose was explained by its breeder: it signifies friendship, love, community, and togetherness of people from different backgrounds. We all agreed that is very Columban. Since most of our outreach ministries deal with migrants, refugees and asylum seekers, and we are advocating those values too, we decided to plant a yellow rose to mark the anniversary.

The meaning of the yellow rose was explained by its breeder: it signifies friendship, love, community, and togetherness of people from different backgrounds.

We contacted the distributor of the particular breed of rose several times, but we were informed that the supply is not yet available in the month of November. Just the same, we decided to plant a yellow rose and to adapt those beautiful values that a yellow rose signify. Then we started to combine it with the idea of planting a tree, so we were thinking of planting a yellow rose tree that people could look up to and admire. 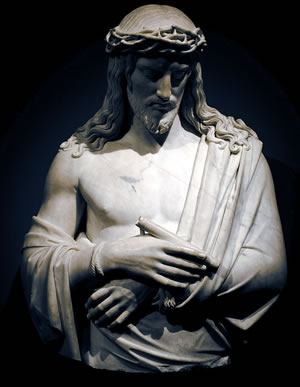 Teresa and I happily dug the hole in the ground to prepare for the rose planting. The same day Nathlie called from the Garden Center, telling us that there is no yellow rose tree, only the yellow rose bush. As I spoke with her, I felt sad and thought, “God, why are you giving us a small bush and not a tree?” Teresa’s reaction was similar. That very moment too God spoke the message of wisdom from the bush rose to my mind: “Humility… Humility is the reason, Ger.”

Then scenes on the life of Jesus started to flash through my mind. Jesus chose to be born in a lowly stable, not in a palace, even though He is the King of Kings. He chose to ride on a small donkey and not on a tall stallion when He entered Jerusalem even though He is The King of the World. God always chose the simple and little things. Our God is a humble God, and He wants us to follow His good example.

Before Nathalie’s call ended, she said, “by the way, Ger, the name on the pot of this rose is ‘Anniversary Rose.’” “Oh, indeed, it is really the best fit then for the occasion,” I remarked. As I shared this with Teresa, she herself became at peace too in having a yellow rose bush. When I called the other lay missionaries Sophia and Roberta they too agreed that we would go for the yellow rose bush, and we finally had a consensus.

As Jesus said in John 15: “I am the true vine, and my Father is the gardener…every branch that does bear fruit he prunes so that it will be even more fruitful.”

On the day of the ceremony as we were planting our yellow rose bush, I sprinkled holy water onto it and these words just came out of my lips: “Hello Yellow Rose, since your symbol very much reflects who we are as Columbans, and because you were planted on the Columbans’ ground on St. Columbans Day, from now on we will call you Columban Rose. Perhaps that is the reason why you are a bush rose, God wants us to always follow your good example, always near to the ground. God wants us to always be near to the ground too, at the grassroots level where the needy people are to whom God sends us. May God make you grow and bloom with many yellow flowers always, to serve as a reminder to us why we are here.”

At the end of the ceremony some people said, what you said about the rose is beautiful Ger. Truly, I believed, it is not from me, the message is from God, spoken through the yellow rose bush.

The life of a missionary is like a rose bush–sometimes we can seem invisible, with a very low profile. There are flowers, but there are thorns too, together with our joys and there are also challenges. During winter, the rose has to be trimmed close to the ground so it would flourish more with new leaves in springtime. The same thing happens with us lay missionaries, sometimes a trimming may come which is painful and can leave us bare, but it is necessary so we can bloom more for God. Sometimes, we must let go of the things we are holding on to, to give way to new beginnings or new life. As Jesus said in John 15: “I am the true vine, and my Father is the gardener…every branch that does bear fruit he prunes so that it will be even more fruitful.”

The more I continually reflect about the similarity of the life of the rose bush to the life of the lay missionaries, the more I realized the wisdom it brings. Indeed, God helped us find the best rose for us to mark the 30th anniversary of Columban Lay Missionaries. When you visit the Columban House in Solihull, try to have a peep at our Columban Rose near the entrance of the Sunroom. Whatever the season or state of the Columban Rose may be, who knows, God might speak words of wisdom to you, too, through the bush.