The Enforced Culture of Fear and Silence 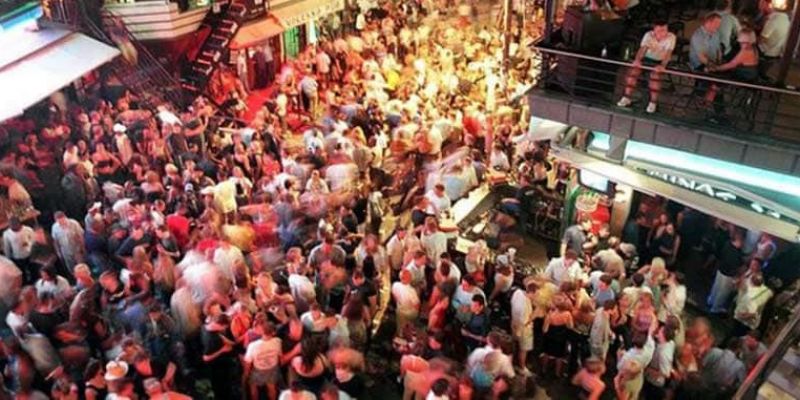 A case of gang rape of a 19-year old young British woman in Ayia Napa in southeastern Cyprus by 12 youth 15 to 18 years old in July 2019 received international attention. Ayia Napa is a town described as the Sodom and Gomorrah of the Mediterranean and the sex, alcohol and drug abuse capital of Cyprus. The justice system in Cyprus is far from just in this case, it seems. The young woman, after she reported the rape to the police expecting help and protection instead was accused of lying. Medical examination showed evidence consistent with multiple rapes. The place reeks of a near total absence of respect for the dignity and rights of women.

The Cyprus police immediately took the side of the well-off youth and blamed the victim. The woman, they decided, was the criminal. The police pressured her during interrogation and finally forced her, without a lawyer being present, to sign a statement retracting the story of rape. She thought they would let her go home. Instead, they charged her with a crime- ublic mischief- nd released the 12 suspected rapists. She was convicted in a Cyprus court of law recently and received a four-month suspended jail sentence.

This is a classic example of “blame the victim” practice that points to the woman as the culprit and a liar. It is this practice designed to inflict pain and suffering on the victim and exonerate the accused that is so unjust. In instills fear in women and children and prevents them from coming forward to report sexual abuse.  It gives encouragement to child abusers and rapists to scare victims into silence and repeat their heinous crimes. Other sex abusers deny everything; some offer money to buy the total silence of the victim. A report by the Center for Women’s Resources says a woman is raped every hour in the Philippines.

Millions of women and children are victims of human trading and trafficking. They are still treated as property to be sold and exploited in forms of modern slavery. Amazingly, society in general doesn’t seem to care or to be outraged very much by this grave worldwide injustice and human slavery and brutal treatment. The victims are transported to other provinces or countries and are forced to remain silent and suffer and endure as if slavery is their designated role in life. Thousands of refugees and migrants are exploited in the evil trade of poor vulnerable people.

The challenge for us is to uphold and fight for the dignity of women and children and men. We need to have a dedicated intolerance and a sense of anger ready to protest when there are violations of the dignity and rights of anyone. Men too must be part of this protest and action for justice and human rights. Together, we must speak out and act until one day true equality and respect is experienced by all people.