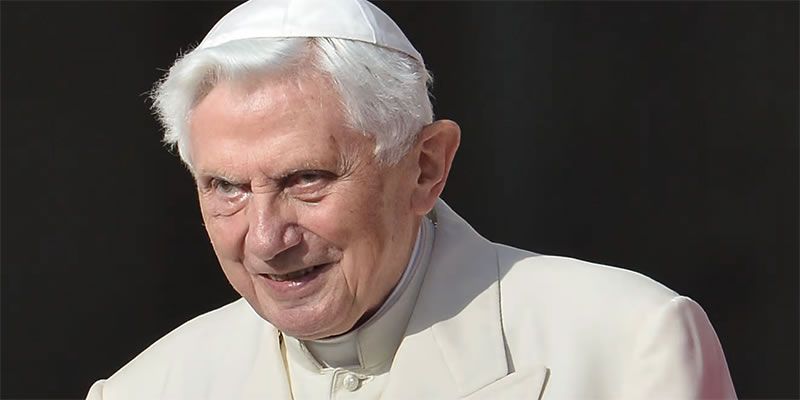 Some journalists were fascinated by the fact that Pope Benedict XVI freely surrendered his infallibility in giving up the Papacy. However wonderful Papal infallibility may seem in theory, it really has not been of much significance in the history of the Church. It is very limited and works only for faith and morals. It has never solved any problem for the Church, but rather has led to problems when there was an overlap between matters of faith and matters of science.

The Church authorities have sometimes extended their competence in matters of faith to cover other matters, like when they said that the Bible taught that the sun goes around the earth, and therefore it was heretical to teach that the earth moves round the sun. At the time of Galileo (1564-1642) all writings that claimed that the earth was in motion were placed on the Index of Forbidden Books. That remained in force until 1741 when the Roman authorities quietly relaxed the ban. They learned that they were not always infallible.

I have often wondered why Pope Pius IX was so anxious to get the Council of Vatican I (1870) to confirm his claim to infallibility as Pope. Some historians suggested that Pius was upset because he was in the process of losing the Papal States to Garibaldi and the Italian nationalists, and desperately wanted some new symbol of power to help him stay relevant in the world of politics. But Pius claimed that the Pope had full and supreme power over all the Church, so it puzzles me that he did not simply declare the dogma of Papal infallibility. To insist on confirmation from the Council seems to hint at some degree of self-doubt.

Anyway, Papal infallibility is not always what it is talked up to be. Pope Boniface VIII tried it in 1302, and it fell flat. He should have known better. Boniface VIII immediately succeeded Pope Celestine V (1294), who resigned after just five months as Pope. Before Celestine there was no Pope for two years, as the Cardinals could not agree on a candidate after the death of Pope Nicholas IV in 1292. But the fact that they dawdled for two years without electing a Pope seems to indicate that they thought the Church could manage quite well without somebody infallible in charge.

Boniface got into a head to head struggle for power with the Emperor Philip the Fair. To establish the Pope’s superiority over the Emperor he issued a Papal Bull, Unam Sanctam, in which he refers to the two swords (Luke 22, 38) as the sword of temporal power (of the Emperor) and the sword of spiritual power (of the Pope). According to Boniface, the Papal sword always trumps the Imperial sword. He concludes the document with these words:
“We state, declare and define that every human being, in order to be saved, must submit to the Roman Pontiff.” (Denzinger n.874)

With this solemn choice of words, it seems that Boniface wanted to appear to speak infallibly. Unfortunately for him, his declaration was so obviously self-serving that nobody took him seriously.

Centuries earlier there was the case of Pope Honorius I (625-638). As Pope he got involved in correspondence with some bishops and theologians in discussions about the human nature of Christ. The words used by Pope Honorius implied that Christ had no human will. This led to Pope Honorius after death being declared anathema by the Ecumenical Council of Constantinople (680) and condemned by Pope Leo II (681-683) for “fanning the flame of heresy.” That was a sad fate for a Pope who could have taught infallibly if only he had remembered.

Even the first Pope Saint Peter was not immune from teaching error as the apostle Paul pointed out in his letter to the Galatians (Galatians 2, 11-14). Peter approved the ruling that gentile converts to Christianity were obliged to observe Jewish religious law. Paul objected to this and later wrote, “I opposed Kephas (Peter) to his face because he was clearly wrong.” (Galatians 2, 11) Paul prevailed, and his teaching on this issue became official Church teaching.

With the history of occasional Papal mistakes, it seems unreasonable to demand unquestioning assent to every public statement of a Pope as if it were infallible. I think the framers of the doctrine would have done better to insist on infallibility for the Church while admitting Popes as individuals can be wrong occasionally. Even in the contests with the Roman Emperor, history shows that the power of excommunication proved to be a much more effective weapon for the Pope than the claim to infallibility.

Benedict XVI must have been aware of all this when he handed in his infallibility badge on February 28, 2013. But I am sure he was quite confident that the Church, with the guidance of the Holy Spirit, would not go astray even while Papal infallibility was temporarily placed on hold.

Originally posted to his personal blog on March 7, 2013