A Meke Dance and Baby Sharks 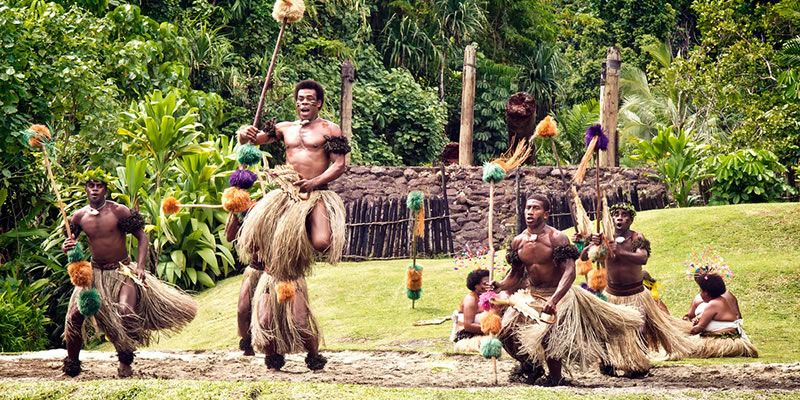 I met the fishermen last night as I crossed the Nacamaki village green on my way to a dance practice. The dau ni vucu (composer) was teaching me a vakamalolo meke (sitting down dance). The two villagers were going to fish all night. They invited me to join them. Reluctantly I had to refuse because the meke practice was important. Arrangements had been made for three of us to formally present the meke to the chief a few nights later. 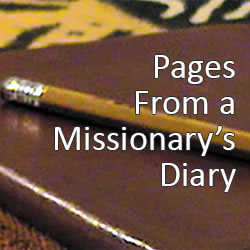 Next morning I was up at 6:00 a.m., and I was about to go to church when saw the boat pulling into shore. Curious to see the catch I went over to the boat. I was amazed when I saw a large shark and three little ones in the bottom of the boat. The fishermen said that the shark had given birth to the three little ones when they hauled her aboard.

For the grand meke performance I wore a grass skirt, rings of leaves tied on my arms, and a whale’s tooth, with which to signify and present the dance, hanging around my neck over an oiled chest. One of my companions took the whale’s tooth and made the presentation speech. A group behind us began the chant. The three of us (with me in the center), while still sitting, bent forwards and back with arms shooting out to the sides and in front in time to the chant. The pace was much faster than during practice. No one had warned me, and I was finding it hard to keep up. Afterward I challenged the meke teacher on the change in pace. “Of course we had to do it fast,” he said. “It’s a man’s dance not a woman’s (dance).”

Sometime later the chief announced a serious ban on the killing of sharks. The shark is believed to be an ancestor god in a nearby province of Fiji. One of the villagers had killed a shark with a spade in shallow water near the village. Other villagers recounted warning dreams afterwards. I looked around for my fisher friends but couldn’t find them.