The One that Gives Me Strength 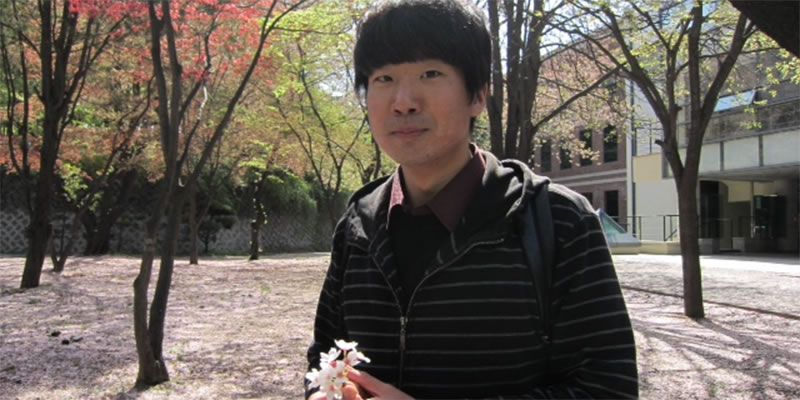 Columban seminarian Muhn Sung-Yun Leo is from the diocese of Daejeon and joined the Columban Missionary Society in 2014. He has been on his first mission assignment in Taiwan since 2018 having taken a temporary break from his seven-year study program at Seoul Catholic University. He shared the following reflection:

I am working in the diocese of Thaibay at the Chinese Martyrs parish church. Here I am fulfilling my practical training on my first mission assignment having completed my language studies. In Taiwan this parish is both historically and symbolically very important as it commemorates the 121 Saint Martyrs from the Cheong dynasty period in China.

I am a very ordinary student and am not in any way special. I am young with little or no experience of society and am an introverted, passive type of person. As I was preparing for my mission practice I was worried about this and that with my greatest concern being about having to learn a foreign language. I was very aware that I might become even more passive when I might not be able to understand or use the new language. I found that I was more lonesome than even I had expected when I came here and spent a year learning the language. The only person I used to regularly meet was my language teacher and I spent most of the day sitting at my desk studying. My anxiety did not disappear even though my language teacher rated my ability with the language and my class assignments highly.

However, after I came to this parish I could feel that God was compassionately listening to my worries. I had thoroughly memorized the Mass texts and the prayers in Chinese before coming to the parish. I took great enjoyment out of being able to do this. The Catholics looked approvingly at me as I stuttered through the rosary and the prayers used during the ceremony at the out station. They were pleased with my pronunciation and tone saying they were very accurate. I began to gain some confidence when I heard them praising me for my language ability, and as I met more and more Catholics my character changed and I became more positive. Now I can recite the divine office with them and am capable of reading the Gospels. Each Saturday morning, together with the parish priest, I sit with the phone and a list of Catholics as we announce the Sunday events to around 300 believers. Before making the telephone calls I practice the proper grammar and the words I am not familiar with in order to be able to communicate in a natural way. On Sunday when I meet the Catholics, they thank me for calling them and cheer me on saying that I speak Chinese well.

I have come to realize that being a Korean is a great advantage. Many of the young people here admire Korean movies. When they ask me about Korean movies and dramas I joke with them introducing Taiwanese movies and telling them to be sure to watch them. In order to learn Chinese I have been watching lots of Taiwanese movies. While at first I said things in jest, as time goes by it has become more real. The Catholics gave me presents of Taiwanese movies and the more I watched them the more I realized that they are good. Before I knew it, I realized I found that I was able to converse with the people about Taiwanese movies. I could talk about the parts of the movies I like as well as the parts I felt were regretful. This introverted personality disappeared as I chatted away excitedly and this talkative, regular person appeared.

The apostle Paul often comes to mind as I spend my time here in Taiwan. As Paul went on his missionary journeys he was confronted with different societies, cultures, emotions and languages. He confessed that it was by God’s grace that unworthy as he was he received the gift from the Philippian people. I have learned that God takes care of those that go on mission and that God ensures that the needs of the missionary are supplied by the people with whom they exercise their mission. I give thanks to God who has given me this opportunity to develop my talents and makes amends for my weaknesses. Like the apostle Paul I too want to confess to the people. “There is nothing I cannot do with the help of the One who gives me strength”.