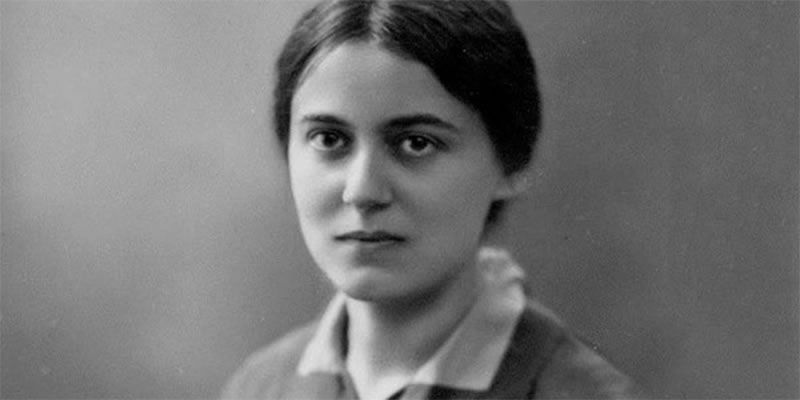 The story about paying tax occurs only in Matthew (17:22-27), not surprisingly, as he was a former tax-collector. At the time of the writing of his Gospel, the question of paying the temple tax was disputed. The temple had been destroyed in 70 A.D., and the money raised was now going directly into the Roman treasury. Should Jews pay this tax now? Jesus' answer indicates that a Christian should carry out the duties of a citizen, however unpleasant they may be. We all complain about paying taxes, but we do so when we know that the government is using its revenue for the good of the people.  But we know of governments who are enemies of their own people, as in Myanmar today.

The story of Sr. Teresa Benedicta of the Cross is a harrowing example of the same thing. Edith Stein was born in Breslau in Germany (now Poland) in 1891 of a Jewish family. She was a brilliant philosopher and taught at Freiburg university, writing a number of books. She became interested in the Catholic faith and was converted by reading the autobiography of Saint Teresa of Avila. She joined the Carmelite order which sent her to the Netherlands to escape the Nazi persecution of Jews. However, when the Dutch bishops wrote condemning anti-semitism, Jewish people there were captured and Edith, now Sister Teresa Benedicta of the Cross, was killed in a gas chamber in Auschwitz in 1942. Let us remember in our prayer today, all those who are living under illegal and corrupt governments which are causing terrible suffering to the very people they should be protecting.