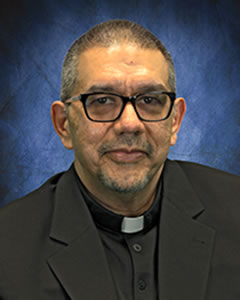 As a child, I enjoyed Christmas for the presents. Weeks before Christmas, I would be searching the house looking for where my parents hid the presents. Once found, I would take the present out of the box and play with it when I was home alone. Of course, when I heard my parents arriving, I quickly ran to put it back. It was bit of a cat and mouse game that I oddly enjoyed. All I could think of was that one day this football will be completely mine! 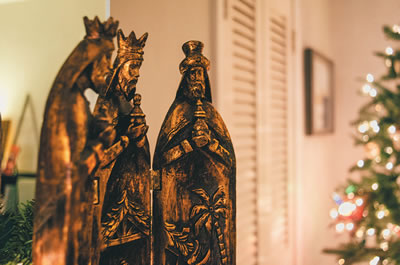 When I went on mission to Chile, I came to celebrate Christmas in a different way. In Chile, Christmas was not about receiving presents but celebrating with family and community. Certainly, in the U.S. we hold family important in Christmas, but in Chile it extended beyond family to the wider community. This began, surprisingly, with the lack of build-up to Christmas. There were no colorful decorations in the public streets or on houses (if any, very minimal). Also, no continual Christmas music playing in malls or on radio stations. It was very subdued. Initially, I missed the hype in my early years of mission. However, in time I began to appreciate the quietness of it, much like the humble couple from Nazareth traveling to Bethlehem unnoticed. There was a simplicity in it all.

When Christmas Eve came, the Christmas Vigil Mass was packed with a great amount of people, many of whom didn’t attend Church the whole year, very much like the shepherds, who were considered outsiders from the community but gathered to share one joyous moment. After the Mass, people departed to their homes for the meal. It was here that family, neighbors, and others would pass from house to house greeting everyone. Eventually, at midnight, the slow, quiet coming of Christmas erupted with fireworks in the streets, people laughing, hugging and greeting one another in the streets. t was as if the choir of angels broke open the heavens and began singing, announcing the Good News. At that moment, all the troubles and worries of daily life disappeared. Only joy and contentment were shared. As the priest of the community, I was invited to several houses, and I spent the evening visiting and greeting the parishioners. It was a joy being received and a joy to give a blessing to those I with whom I shared the celebration.

During my many years in Chile, I don’t recall presents being exchanged during Christmas. If they were, it was not central to the celebration. In time, I never missed the idea of presents because it became something more profound. The present I came to appreciate was not an object but a relationship—my relationship as a priest to a community. And, that is what Christmas signifies, God’s willingness to enter a relationship with His people by the birth of His Son. On this Christmas season, I wish to bless all our readers this great gift of a relationship with Jesus Christ, our brother and Savior. Merry Christmas to all!