On Accepting and Being Accepted 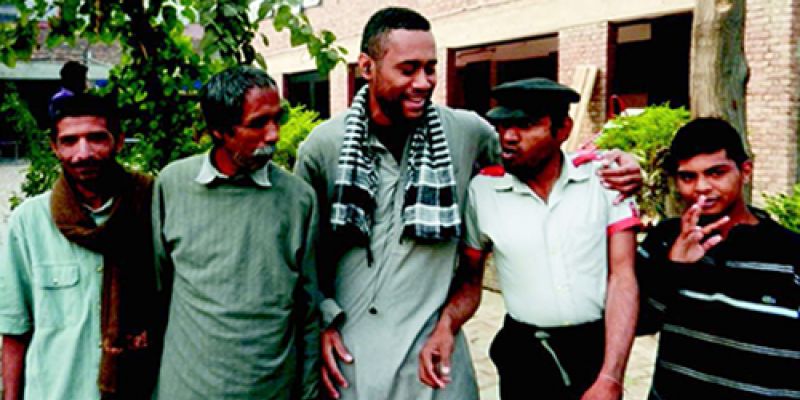 Paula (center) with friends in Pakistan

On Mission in a Parish in Lahore, Pakistan

In 2007 my father talked to me about the possibility of going overseas as a lay missionary. When I began to attend, with 20 others, the orientation program in Suva I had no idea what being a missionary might be about. I had only seen the priests, Sisters and brothers working in my parish in Fiji. Six of the twenty who attended the class were selected for the one year preparation program in 2008.

For me, a significant part of our program was living with a Hindu Indian family in a sugar cane growing area of Fiji about three hours drive from Suva. Living and sharing with them I began to realize that being a lay missionary was not merely about preaching the Christian message. I learned that I could also learn from others and do so in an unfolding relationship that would be for my good and theirs.

Some evenings I would go to a nearby village to drink yaqona with Fijian friends and would arrive back home late in the night. My Hindu host family always waited up for me; I felt guilty about keeping them up late. I also realized that they genuinely cared for me. One day four Fijian men from the community of the Jehovah’s Witnesses came to the house to talk about their religion. They were saying negative things about the Hindu religion and telling my Hindu host family that they were worshipping idols. I was so upset and embarrassed. The visitors were my people, Fijians, and even though they were not Catholic, they had come with a Bible. My host family realized that I was upset.

That encounter made me really question: “What does it mean to be a lay missionary?” I had no interest in telling people who had welcomed and befriended me that they were worshipping idols. I have come to understand that the missionary’s work happens in the give and take of life. Here I ask myself about what I might learn from those with whom I am involved, how I might offer them some of who I am and in turn grow in this experience.

I treat people as I find them, regardless of who they may be. Around Christmas time last year I was riding my motorbike and the clutch cable snapped. I stopped and began walking the bike along the side of the road. I spotted a policeman on duty at an intersection and asked him if there was a service station in the vicinity. He left his post and accompanied me to the service station where I had the cable replaced. As we were saying goodbye, the policeman asked me where I was from and whether I was a Muslim. I told him that I was Fijian and a Christian. He said to me, “Merry Christmas.” I asked him whether he was a Christian. “No”, he replied. “I am a Muslim.” And so, we parted company.

Whenever I met a certain young man in the parish I would ask him how he was and he would reply, “By the power of your prayers I am still alive.” The people only asked for my prayers, and yet I hardly pray at all in the traditional way of saying prayers. However, my spiritual director told me that in doing good I am praying.

As regards to what I have to offer, I feel that my main contribution is simply being with others, be they youth, children or families. Last week I went to a wedding in a village just outside the parish. I was feeling a little unwell and really did not want to be there. I thought the ceremony would start at 8:00 p.m. but nothing happened until 11:00 p.m. By the end of it I was feeling even worse. I had wanted to get back to the parish that night, but it was too late and dangerous to ride my bike back to town. After the wedding I was sitting with friends watching a dancer on YouTube and a small girl came along and began to dance the exact moves I was watching on the screen. I began to cheer up and a smile crept over my face. I noticed the others in the room watching me. They told me that they had seen my unhappiness. They asked the little girl to dance precisely to bring me out of my mood. I realized the importance of happily being with others. It had never occurred to me that my hosts would look for a way to actually make me happy.

I participate in the parish programs and, for the most part, I do no more than accompany. I am not a teacher of anything. Three times a week I go to a home for mentally disabled men. I help with their washing, make sure they shower properly and have made friends with them. I have found that they respect and help each other. I spend a lot of my time in the rural villages of the parish so don’t always make it to the meetings in the parish center. However, the man in charge of the parish Bible programs, Mushtaq, insists that I be present. He told me that I give energy to other participants even though I don’t understand all that is being said.

Being a lay missionary in Pakistan is for me an enriching experience; I hope that those with whom I share my days are also being enriched in some way.