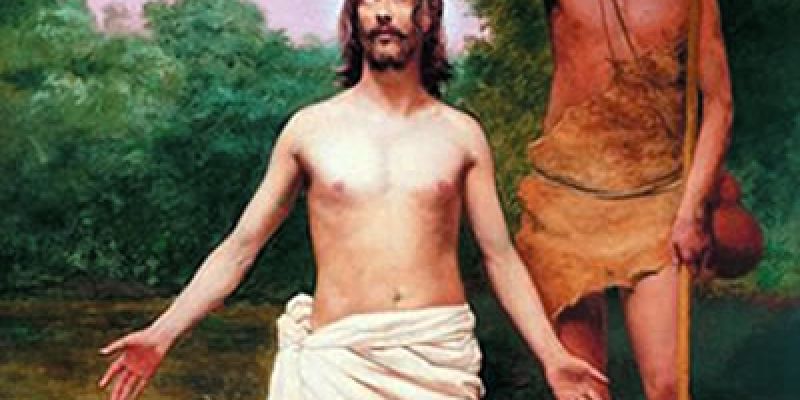 Ethnic Indian people are traditionally obsessed with matters of pollution and purity. Purity is a central value in the culture. The caste system in India is based on this. While ethnic Indians in Fiji don't observe the caste system, purity and cleanliness are major values of their culture and have traction in many areas of life. The sacrament of Baptism which is a ritual of washing then has deep meaning for Indo-Fijians. However, there are complications involved because of beliefs regarding pollution, as I found out when introducing baptism by immersion to an ethnic Indian community in Fiji. 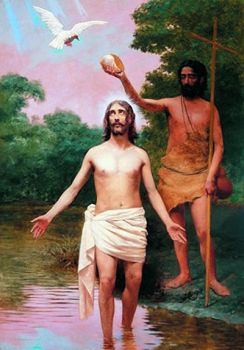 The Origin of Christian Baptism

The baptism of Jesus was the beginning of His public life. Jesus' first major adult decision was to be baptized by His cousin John who was preaching an ethical purification to avoid God's punishment of Israel. Jesus' decision to be baptized by John showed His agreement with John's message and disagreement with the message of the other major parties in Israel. He rejected the Sadducees' option for the status quo, the Pharisees elitism, the Zealots' preparation for rebellion and the Kumran community's opting out of society.

Where John preached a coming catastrophe Jesus preached a blessing – the Reign of God which all in Israel were invited to accept. God's Reign would involve a society of equality, justice and love. Jesus announced the arrival of the Reign of God by parables and by miracles of healing. Jesus saw His own commitment as leading to a baptism of suffering and death. After His resurrection Christ commanded His apostles to baptize those, who through their preaching, would commit themselves to His Kingdom.

Symbols which Highlight the Meaning of Baptism

Baptism makes us disciples of Jesus and members of the community of salvation won by His passion, death and resurrection. We commit to His values and His way of life in His spiritual family. Succeeding sacraments provide further intense encounters with Jesus' saving action and power to renew our commitment to His Kingdom.

But for centuries, since baptism became the prerogative of children, emphasis was put on cleansing from original sin and entry to heaven. Fear was involved in baptizing a child within a few days of birth with only a few relatives present. The earlier powerful symbolism of baptism by immersion was reduced and the meaning of the sacrament was impoverished.

Vatican II changed that. It recommended longer preparation and baptism by immersion for adults, as practiced in the early Church. The symbolism of baptism by immersion is seen clearly in the words of St. Paul "By our baptism then we were buried with him and shared his death, in order that, just as Christ was raised from death by the glorious power of the Father, so also we might live a new life."(Rom 6:4)

Baptismal fonts were built into church floors in some places and set apart from the nave of other churches. We had a trickle of adult conversions in Naleba, and I saw the value of baptism by immersion. The Archbishop of Suva gave permission. The font was dug in front of an open hall and to one side of the church. It was concrete and had steps leading down from one end and up to the other end. It would be kept clean and sheltered by a cover of galvanized iron when not in use.

Next I instructed the community on the history and symbolism of this form of baptism. During discussions with the community some men objected to men and women, even if fully clothed, being immersed in the same water.

Fear of pollution from menstrual blood exists in many cultures. That was the case here. This was not spelt out in detail, but it could not be mistaken. One of the church elders tried to support me by saying, "If Father blesses this water, it is clean and cannot harm anyone!" The shrillness softened, but there was still no consensus. Finally a compromise was reached, to which the men could agree. The water would be flowing and the men would be baptized before the women.

There was another cultural obstacle. At that time, Hindi films did not show any parts of the female body. Instead the shapely female form was sexualized by female actresses falling into water and emerging with dress clinging tightly to their skin. Since the ladies would emerge from the baptismal font with wet clothes, we ensured that their sponsor would wrap a large white sheet around them as soon as they emerged from the font. This ensured modesty, and the white cloth also symbolized the new life of Christ which they received in baptism.

With these preparations and adaptations in place, two adult men, two young boys, and two adult women were baptized that Holy Saturday night. Since that first occasion, other people in later years have been baptized in this way. It is now taken for granted that this is how adult baptism can best be celebrated. Dialogue on the blood taboo will be a slower process.