Celebrating the Centennial Down Under 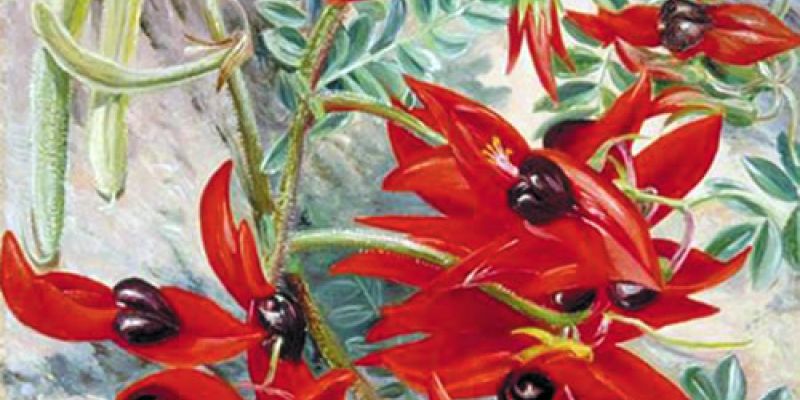 You travel a long way from the United States of America to reach Australia which is accurately described as "Down Under." New Zealand is also "Down Under," a little bit further down to the south and east. It is significant for "Aussies" not to be identified as "Kiwis" and just as importantly for "Kiwis" not to be identified as "Aussies." In New Zealand lives a unique flightless bird called a kiwi, hence the name for New Zealanders. Together we form the Australia/New Zealand (ANZ) Region.

At the last census in 2016 Australia had a population of just over 24 million people, and New Zealand's was nearly 4.7 million. We are small countries in the world, but we have a long history of Catholicism in both countries.

Over the next year we shall celebrate 100 years of Columban missionary activity with our Columban brothers and sisters throughout the world. This is a celebration for all of the people who have been supporters through the years.

These stories of encounters of faith with people seem to reveal that the missionary is converted in some way, by the deep faith of people that humble us all.

Therefore, the first place to start is with Columban benefactors. With the assistance of Australia and New Zealand's generosity it has been possible to continue our missionary existence in countries that are in most need.

The two key ways to reach Columban benefactors and Catholics in the parishes was and still is, through The Far East magazine and the Columban Art Calendar. The Far East is in its 96th edition. Its contents have not changed from carrying stories of encounters of Columban missionaries with people in mission lands where people live so differently to us and experience life in different ways. These stories of encounters of faith with people seem to reveal that the missionary is converted in some way, by the deep faith of people that humble us all.

The Far East has always carried stories of projects, usually not big projects but ones where a small sum of money makes a huge difference to a person's life or the village life. Our benefactors believe they can and do make a difference e.g. a well sunk close to a village saves women a walk of miles to the nearest tap. Or the taxi tricycles in the Philippines where our supporters helped the drivers buy their own vehicle instead of renting at exorbitant prices and thus break the spiral of poverty holding them down.

The Columban Art Calendar has been an important fund raiser for us and still is. The Columban Art Calendar is an iconic part of Catholic life in Australia and New Zealand. The beautiful artwork used with permission from the renowned art galleries of the world has traditionally had "pride of place" in kitchens where appointments and important notes on family life are written in the large spaces around the dates. Today the Calendar faces fierce competition from modern technology, however it is still a significant fundraiser and highlights the presence of Columban missionary activity.

Today we produce other publications like prayer books on different themes of forgiveness, grief, intercessions. Written by an English Columban priest, Fr. Patrick Sayles, who has a gift for composing prayers, the Society has sold thousands of copies around the world. Simple prayers from the heart dispose us to pray more easily to our God. There are also the booklets on specific Columban work which illustrate the commitment to St. Elizabeth's hospital in Hyderabad in Pakistan and its outreach programs. Also illustrated is the night school for boys who sweep the streets by day and go to school by night.

Publications have had their impact in the areas of justice and peace and Christian and inter-faith work with Muslims in particular. We believe that we are following the lead of Pope Francis in addressing these religious issues.

The Columban Partnership Program is aimed at parishes and in more recent times schools who raise funds for projects in Peru, Chile, and the Philippines. Parishioners and teachers have travelled to parishes in those countries to visit the projects and to form friendships with those in partnership with Columbans. The school children interact with their peers in other countries via the internet where possible.

A Columban Mission Experience in Chile for World Youth Pilgrims was held in the week before World Youth Day (WYD) in July 2013. One hundred and fifty young adults from Australia and New Zealand spent time in some of the poorest parishes outside Santiago. The pilgrims experienced at first-hand the mission of the church Ad Gentes.

The WYD-Columban Mission Experience Chile 2013 aimed to create awareness of the importance of the New Evangelization, of overseas and cross-cultural mission and to promote vocations to the Columban priesthood and religious life. It was a great success and it gave the people in Columban parishes in Chile the opportunity to play hosts to the ANZ contingent.

The Australia/New Zealand region of the Missionary Society of St. Columban provided this update.