A Gift from the Beggar 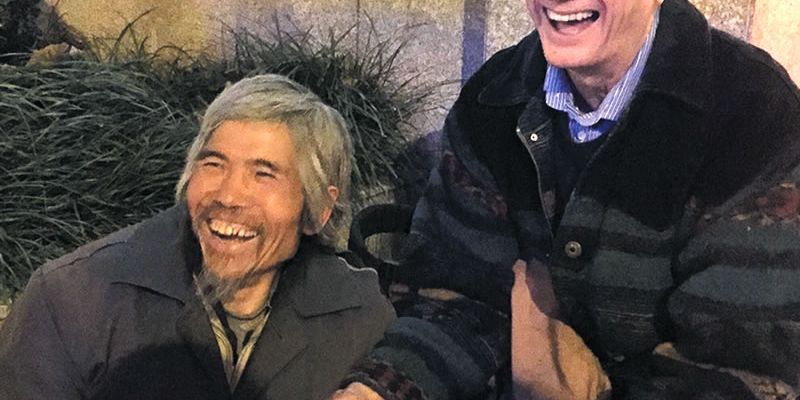 The other day I walked out of the church after Mass. There is a group of beggars there at the gate of St. Peter’s Church. Sometimes they are hunted away by the authorities, but they tend to drift back. They have been around for years and know me quite well. Sometimes I ride past them on my electric bike and at other times I walk to the church from the subway. These beggars, male and female, are generally very pleasant people and appreciate it when you stop to chat to them. Actually I tend to do this more than drop coins into their tins. They seem to appreciate this even more than the money.

One day Mr. Peng, one of the beggars, who always reaches out his hand for me to shake, on this occasion put his hand into his coat pocket and pulled out a fountain pen. I guess he had picked it up on the road. This is for you, he told me. I gratefully accepted the gift from the beggar. Peng Jin Yu is from Anwei Province, China. He looks very old, but in fact he tells me he is just 54 years old. I could just about be his father!

Last Sunday when I emerged from the church in civvies — as I get around here in Shanghai — one old lady with her grown-up disabled son in a cart exclaimed for all to hear: he is a foreign priest. I saw him there dressed up in a picture on the wall in the corridor on the bottom floor of the Church.

So the cat was let out of the bag, but I am not sure what difference it made.

After many years in China, Fr. Warren Kinne now lives in Australia.