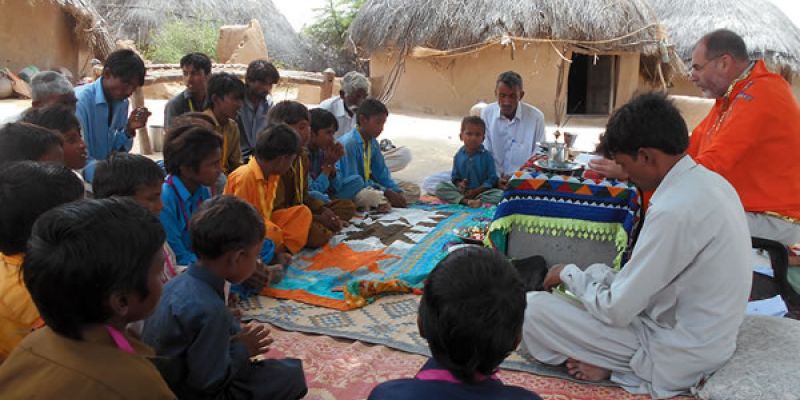 An Ode to Joy

When I was sixteen years old, my father was diagnosed with cancer and died ten weeks later. Soon afterwards, I dropped out of high school to manage the family farm in order to support my mother and four younger siblings. For the next several years I worked on the land, deepening my love of nature, and growing in awareness of God's presence around and within me. 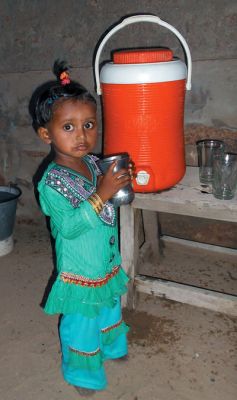 During those years I also become familiar with the life of Columban missionaries through this mission magazine, and nurtured a desire to follow that path myself. I was unsure, however, if the gap in my formal education would prevent me from pursuing my dream. Nevertheless, in my early twenties, I applied to join the Columban seminary, and was accepted.

During my seminary program I was sent on mission to Pakistan for two years. There, I experienced a way of life that was not only very different from anything I had experienced in my home country of Ireland, but also a culture that was beyond anything I had imagined! However, the skills that I had acquired while adapting to new and challenging family circumstances as a sixteen-year-old proved very useful now in this strange environment. Furthermore, the lessons that I had learned during my transition from managing the family farm to being a seminarian helped me to be patient with myself as I learned to engage this new world.

Two years later, when it was time for me to go home in order to complete my academic seminary program, my heart was already set on returning to Pakistan as a Columban missionary priest. After my ordination in 1992, my wish was granted, and since then I have ministered to the Parkari Kohli tribal people, who are among the poorest and most marginalized people in Pakistan.

There are many reasons why the Parkari Kohli tribal people feel consigned to the fringe of society. Their ancestors were among the untouchables, at the very bottom of the Hindu caste system throughout a four thousand year span of history. The weight of such oppression still lies heavy on their hearts. While their conversion to Christianity a century or so ago helped to provide them with a sense of dignity, major political and demographic changes in the aftermath of World War II left them as a tiny religious minority within the newly created, predominantly Muslim country of Pakistan.

The Parkari Kohli tribal people also share similar burdens with many other Pakistanis, who are familiar with the corrosive effects of poverty, corruption and violence in their community. Limited access to education and a lack of even basic healthcare in many small towns and villages contributes further to a sense of powerlessness and hopelessness. Literacy rates are among the lowest in the world, while one out of every fourteen children dies before the age of one.

Despite being surrounded by such dark clouds; I have been surprised by glimmers of light in the most unexpected places.

One such moment was the funeral of a one-week-old baby girl. After we had recited the prayers at the family home, in the midst of crying and wailing, the men carried the little body, wrapped in a white cloth, to the graveyard. As is the custom, the women remained at home to mourn there. The little grave was dug and the body placed in it. However, following a cherished tradition, before the closing of the grave the face of the child was uncovered to allow the grieving family members and friends one last look. Since I too was standing at the edge of the grave, I too had the privilege to share that moment with them. To my utter amazement, there before my eyes was the most beautiful smile that I have ever seen on the face of any human being. The scene left me dumbfounded. When the face was covered again, I began to wonder if I had lost my mind by imagining such beauty, yet the image remained printed on my heart.

How could it be? This was a child, one of many, who would not have died if a large fraction of the country's financial resources hadn't been wasted by corruption and unnecessary military spending, but had been devoted instead to the provision of healthcare services.

Clearly, it wasn't the will of God that she had died; rather she was a victim of many injustices that reign over our world. Yet despite the fact that she was a nobody, she smiled, revealing a mysterious joy. Where did that joy come from?

The only answer I can give is that she had seen something that none of us has yet seen. She had broken through the heartache and the injustice of this world and encountered the Mystery of Love. She had seen the face of God and lived.

That baby girl had not been given a name, but I call her Mussarrat. It is a name given that is frequently given to girls among the Parkari Kohli tribal people, and in English translates as "Joy."

Recently, while remembering Mussarrat and the unexpected joy that she brought into my life, I felt inspired to write this poem to honor her enduring memory.

In the sure hope of the Resurrection Too which your smile bears witness. This year, as I celebrate with gratitude more than twenty-five years as a Columban missionary priest in Pakistan, I am keenly aware of the mystery of suffering and joy being inseparable in the story of Jesus, in the story of my own life, and in stories of the people around me.