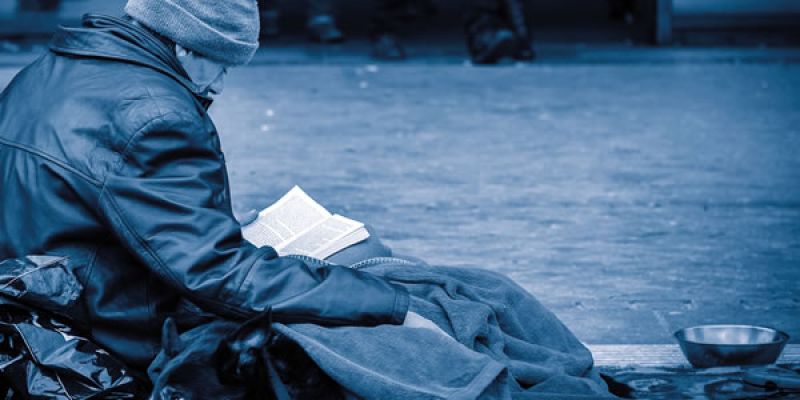 Since the St. Joseph church compound was close to the central bus station, many homeless men came there. Some requested food, while others slept under the verandahs. When winter came and work on construction sites halted, their numbers increased significantly. The parish council became concerned about their welfare. Consequently, a committee was set up to respond to their needs. A short time later, its members began to distribute hot drinks, food and blankets, all of which were gratefully received by those destitute men.

During the following few years, as the committee members came to know the men and developed a deeper understanding of their plight and their pain, they began to wonder if they could do something more to assist them. Then, after consulting local government welfare agencies, they found ways to collaborate together to find low rent apartments and provide a small, fixed income for those men who were the most vulnerable.

In short, since they did not belong anywhere, they felt isolated and lonely.

However, a month later, one of the men was found dead in his apartment. The cause was suicide. Then, some weeks later, another man died in similar circumstances. Everyone went into deep shock. How could this happen? There seemed to have been enough reasons for these men to despair when they had been homeless, but not now when they had a home and a reasonably secure life.

As the committee members came to know the men and developed a deeper understanding of their plight and their pain, they began to wonder if they could do something more to assist them.

During the weeks that followed members of the church committee visited the other men who had moved into apartments in order to discover what was going on. Over and over again, they listened to stories about how these men struggled to adapt to their new life. While they had been homeless they had several things to strive after each day – making sure that their meagre belongings were not discarded by someone who considered them garbage; waiting at the back of a particular restaurant for the food bins to be put out; returning to the church on time to secure their preferred place under the verandah for the night. In contrast, after they moved into an apartment, they no longer had a daily sense of purpose and quickly became depressed. Furthermore, their new neighbors ignored them because they despised them for having been homeless. On the other hand, due to their changed circumstances, they themselves no longer felt that close bond they once had with the other homeless men at the bus station and the church. In short, since they did not belong anywhere, they felt isolated and lonely.

What a surprise learning this was for the members of the church committee! They had responded generously to the physical poverty of those homeless men by providing them with food, clothing and accommodation. Now, however, they felt a new calling to respond in the same generous manner to their emotional and spiritual poverty.

Columban Fr. Timothy Mulroy is the director of the U.S. Region. He lives and works in St. Columbans, Nebraska.