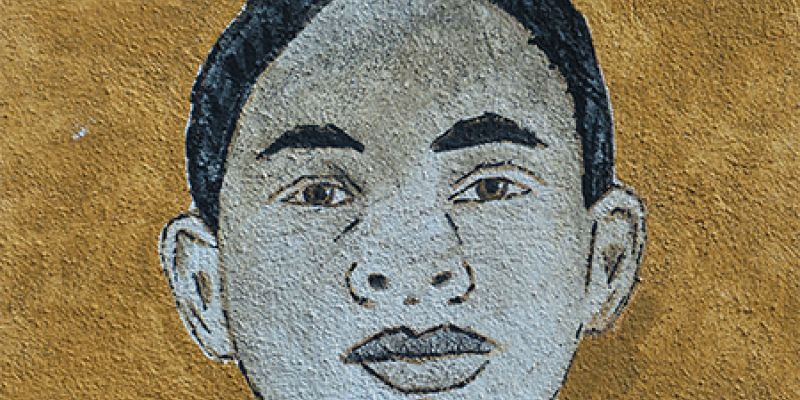 My name is Olajoke Ajikolu, and I am from Nigeria. I have five brothers and a sister, and life seemed to be pretty hard for us. I stopped going to school at the age of 16 as the family could not afford the school fees for me. Then things became so hard that I was forced to leave my family and move to Lagos to live with my dad’s brother for a few years. I was selling pure water on the streets to be able to help myself and my family in what little way I could. I was introduced to a family who promised me a good education and to take good care of me if I came to live with them in Ireland. Not even in my wildest dreams could I foresee what was in store for me in Ireland.

I came to Ireland with the family, my employers, in 2002 to have a better life and to help my family back home. When I arrived to Ireland and started working, I realized that my dreams for having a better life were fading away. I was required to work 7 days per week. I was minding four children and doing the household duties such cooking for the family, cleaning, ironing, and vacuuming. I did not have any breaks and did not receive a single payment for my hard work. I was working around the clock for seven weeks without any pay. I felt that I was trapped in the house like a slave with no way out of the situation. I could not leave because I did not know anybody; I would be homeless if I had left as the family provided me with the food and shelter for the work I did for them. I felt so scared and betrayed by the family who promised me I would have a good life in Ireland. I was forced to endure these conditions for ten years.

I became very depressed and isolated from the rest of the world during those years. I was not allowed to talk to other people about my situation or leave the house whenever I felt like having a little walk. Thank God I was allowed to attend my church in Drogheda where I felt consoled and peaceful at least for an hour or two. Over time I felt that I gained strength in the Church and received a lot of encouragement to talk about the things that worried me. In the end I got the courage to open up about the horrendous conditions I was forced to endure in my employment over those years.

The priest of the Church became very concerned about my well-being and my situation. He helped me to leave my employment in April 2012 and found me a place to stay at the Women’s Refugee Center in Drogheda. I felt relieved and free from exploitation and employers. I felt I could breathe again and felt that whatever happens down the road, it will be better than what I had experienced at my work with the family.

Eventually I was referred to the Migrant Rights Center Ireland (MRCI) for help and assistance in my situation. MRCI brought my case to the Gardai to investigate the years of slavery I was through when I was working for the family. I was given accommodation in the Balseskin Direct Provision center as part of this case. I spent three years in Balseskin Center living in a limbo – I did not have any immigration status so I could not work, study or do some training, I could not start moving on with my life. It is hard to live with unknown and uncertainty. I did not receive a positive outcome in my trafficking case. I became depressed again and felt betrayed by the State this time.

In March 2015, finally some good news came along my way when the Department of Justice gave me stamp 1 for 12 months to work with Comfort Keepers without a work permit. I was very delighted with this as I could start my work as a nursing assistant, earn my own money and be able to move on. Unfortunately, my joy was short lived as I realized I had to pay €300 for the the Garda National Immigration Bureau (GNIB) card and I did not have such funds. I was getting only €19.10 weekly allowance when I was living in the Balseskin Direct Provision Center, and there was no hope for me to save that amount of money.

MRCI did their best to get the fee waived in my case or get the social welfare office to fund the fee for the GNIB card. Unfortunately, these two requests were denied. I could not start my work with Comfort Keepers because they told me I had to show GNIB card to them and only then they will be able to give me a job. At that moment I felt very low and desperate. In my mind I was thinking “where on earth I am going to get that money from? Will the day come when I will work and live a normal life again?”

I was very emotional when MRCI called me one day to tell me that €300 was donated by the Columban missionaries. I was so grateful to receive this help as I knew that this donation will make a big difference to my life. It had been five long months since the Department of Justice gave me the right to work until I will finally be able to work.

I started working as a nursing assistant with Comfort Keepers only three weeks ago, and I love it. I love my newly gained independence, I love my work, and I love helping other people. I do not look back and I don’t want to! I have many plans and dreams for the future, and I know I am in a good place now to fulfil them. I am lucky to have so many people around me who cared about me for years and who worked really hard to bring me to the place where I am now. God bless you all.

Columban Fr. Bobby Gilmore lives and works in Ireland with the migrant community.