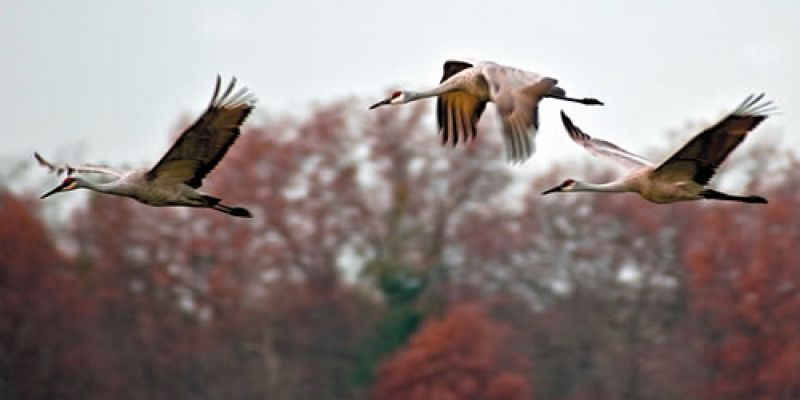 In the not-too-distant past it was almost impossible to get governments and institutions to discuss immigration and immigrant issues. It wasn’t as if immigration wasn’t happening. Nations that were losing the energy band in their societies were silent rather than admit their failure to offer citizens access to their economies.

Receiving nations were also silent as they were getting an asset for free— young, healthy, idealistic, educated and skilled people. They needed both skilled and unskilled immigrants to do the dirty, dangerous and difficult jobs that indigenous populations shunned. Indeed, western nations criticized communist nations that were denying their citizens the right to migrate. However, when the walls came down and a new global order began to emerge, sections of the media headlined and politicians began to raise fears using alarmist language describing immigrants as “swamp and swarms.”

The new global order promoted policies of free trade and the free movement of capital. The architects of this new economic order ignored the need of immigration policies to address the free movement of people. Demographic deficits in the new trading unions of the North American Free Trade Area (NAFTA), the European Union and the Asian Basin were by and large ignored. Demographic surpluses in places like North and Central Africa, South Asia, Central America and Eastern Europe were also ignored. Large, young, unemployed populations in these areas began to recognize that international investment was moving to destinations of speculative profit while their nations became destinations of low paid industries turning out cheap products for the more affluent regions.

International debt to finance centers and banking institutions drained developing nations of resources needed to develop indigenous industry and infrastructure. Trade deals between the rich trading areas and the undeveloped resembled the imbalance of the colonial area. Nations with long coastal areas were invaded by trawlers that scooped the sea bed taking away the indigenous fishing industry. Local people in the fishing industry began to use their fishing boats to ferry immigrants to coasts and off-shore islands of the European Union. They headed for those areas of the EU that they had an affinity with in colonial times. Many of these undocumented immigrants ended up in agricultural industries producing and processing goods much of which ended up in indigenous markets in Central and Sub-Saharan Africa, South Asia and Central America.

Central to this new global arrangement was a new communication system that informed excluded populations of their abandoned plight. Seeing the inequality, people were made to feel poor. University graduates pounded streets of their home cities seeking any kind of employment. Formal and anecdotal information told of a better life abroad and plenty of employment opportunities. The choice was destitution at home or the possibility of an opportunity to a better life abroad. In seeking to move these abandoned young people, like millions in the past, found the legal arteries of migration blocked.

Unfazed, they sought informal means of leaving home and arriving in new destinations where they, as others in the past, hoped a new life awaited them. All communication coming back from those already abroad told of streets paved with gold. Failure is not a word in the emigrant dictionary. Into this scenario a new enterprise emerged. Human trafficking that always existed in many forms began to develop from a cottage industry to a major enterprise. The framework of this illegal enterprise was already active in the smuggling of illegal drugs to affluent markets.

What in previous decades was sporadic movement of people began to take on a corporate-type enterprise managed and run by ruthless cartels in many instances operated in the connivance of local authorities and corrupt government officials. Failed states offered many of these cartels unexpected opportunities both at source and in transition to ply their trade.

The best example of this uncontrolled illegal opportunity arose with the collapse of organised government in Libya. Now Libya is a transition route to Europe. It is run by gangs that are out of reach global governance. The European Union coastline is the destination of modern destitution emerging out of long term indifference to the many predictions and warnings over the years.

Economic migration tells that the movement of people indicates the movement of wealth and investment. The effects of debt in developing nations were and are a stranglehold on development. But, while debt was a major obstacle to progress, the flow of wealth out of these nations to centers of finance and dispersed to tax havens is a greater scandal. However, seldom is the connection being made between that and economic migration. The destinations of wealth are the destinations of immigrants. The antiimmigrant voices seldom make the connection between their standards of affluence due to investment from poor countries and the destitution that pushes people to migrate. Few anti-immigrant voices make the connection of endemic corruption, common violence, lack of law and order, extremism and immigration. Hope drives desperate people to seek desperate solutions.

Aid agencies, both government and non-government, seldom confront the corrupt practices of recipients of aid. Imagine, those immigrants who have lost their lives in the Mediterranean do not emerge from nowhere. They are the citizens of states that have failed them and whose inept leaders are members of the political and institutional directorate. It is cowardly of some European politicians to make the destitute immigrants the scapegoats of their political ambitions. But, what disturbs many is the rise of racism, anti-semitism and Islamophobia facilitated by a right to use offensive language in the guise of freedom of speech.

Added to this great economic exodus out of underdeveloped and failed debt-ridden states is the present tide of humanitarian migration from war zones of Iraq, Syria, Libya and Somalia. It has become obvious that the conventions set in place after WWII and the Holocaust have not been taken to heart by many countries. The ambivalence in dealing with the present refugee exodus from Iraq, Syria, Afghanistan and Somalia is reminiscent of the failure of the Evian Conference in 1939 to deal with the plight of the Jews and other vulnerable minorities in the face of Nazism. Refugees do not cause their own displacement.

It is no surprise that immigrants have become convenient culprits in a bankrupt political culture more concerned about protecting its deference than in the service it is called to render. The problems of our lives cannot be solved by making convenient culprits, building fences or new wars like the wars on drugs, terror, misinformation and confusion.

If there is no shared reality can there be shared solutions? Shock treatment dealt in dismissal of alternative opinions makes prisons that confine us to repeat mistakes of the past. In this era markets and migrations need each other demanding migration legislation that complements cohesion preventing calamity.