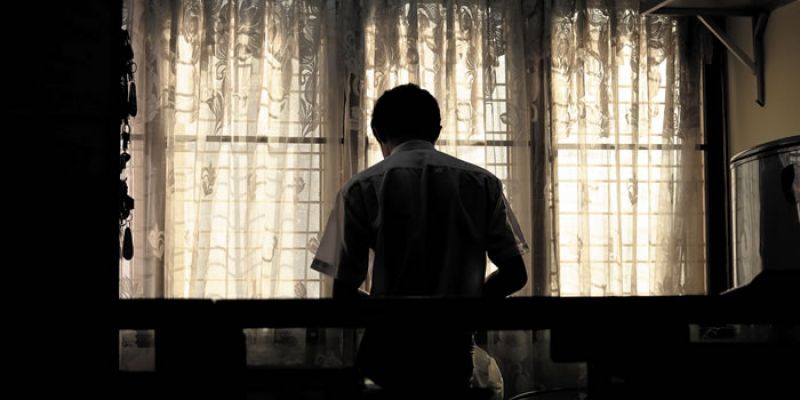 A Gift of Peace and Purpose

Matt was a bachelor farmer. He was consigned to bachelorhood probably because his mother lived way beyond the Biblical three score and ten. He was the youngest of the family. His older siblings emigrated. The family farm slipped into his ownership. Matt would have liked to marry and have a family, but he thought that there would be a crowded house if another woman arrived. So he resigned himself to a single life.

It was not a drab life. He was his own boss and went about the tasks as the seasons demanded. Going to the local cattle fairs was a day out. There he met his friends and neighbors and listened to the news from further afield. A good day at a fair was the day he sold his cattle, sheep or pigs. A bad day was when he had to bring them home again and wait for the next fair in the hope of selling that would bring in some money. Money was always scarce in those days and still is in rural areas around the world. There never was adequate recompense for the energy exerted and credit at the local store was a kind of insurance until the next fair and market day. But people had great internal resources and developed great self-reliance in coping with whatever life threw up. There was little government presence in people's lives other than the arrival of the postman with a letter from abroad, an electric or rates bill.

Matt also enjoyed the opportunity to play cards in a neighbor's house. The village meeting house was a place where people called in after work. It was there that news circulated be it about farming, politics, births, marriages and deaths. If somebody arrived from abroad there would be an added interest in listening to what was happening over there and how locals who had taken the boat were making out. Of course the returned immigrant never told the whole story. He only talked about success in a land of plenty and opportunity for all.

Matt would have liked to marry and have a family, but he thought that there would be a crowded house if another woman arrived. So he resigned himself to a single life.

Another daily pilgrimage for Matt was to the local shop to purchase the basics. There he might bump into unexpected passersby. This regular meeting of people helped him cope with the kind of isolation that stifled rural life. Of course, being a churchgoer, Matt turned out in his Sunday best and cycled to the town for the late morning Mass. He listened to what transpired at Mass and felt an inner easiness as he met other worshippers from around the parish in the pub afterwards. Matt was able to take it all in. He was well-educated for his time. The national school system was tailored for its environment in that it taught the basics to enable the person to make out whether at home or away. It helped people make connections between self, family and community. Each generation managed to hand on simple methods of coping with the ups and downs of life. Matt was aware of a wider world through reading the provincial newspaper and the arrival of the radio and television had widened his world further.

Having played football in his younger days Matt looked forward to reading about, listening to and watching games. Also, he was a great storyteller and a great listener. People used to say that he was a man of a few words but worth listening to.

Meeting Matt on my return from the Philippines, he was eager to hear about those faraway places that were prominent during the World War in the Philippines. He described the Leyte landings as if he was standing on the shore watching MacArthur and Romulo wade on to the beach. It was easy to tell Matt stories because he was an interested listener who was able to form his own images of whatever the subject was about. He requested that I call at his house before my return to the Philippines. Frequently, he reminded my parents to remind me to keep my promise.

So, on a cold, wet February morning as I made my way home after Mass I pulled up outside his house. He saw me emerge from the car and had opened the door before I knocked. His welcome was from the heart as he offered me a chair beside the open turf fire. After initial pleasantries about taking time to visit him he inquired about the date of my return and how I felt about leaving again. Looking out the window at the misery of the day I answered that I had mixed feelings about leaving home, but at least it would be an escape from the harsh winter.

I had put aside the issue of leaving until the last day thinking that it would be easier to deal with if done suddenly. But there is nothing sudden about leaving home. In reality, as the day of departure nears one is silently putting aside bits and pieces in a suitcase, locating a passport and travel tickets thinking that no-one notices. Those watching instinctively feel that departure is nigh but out of kindness or awkwardness in dealing with departure refrain from asking a direct question like Matt. Matt's question broke into my silent planning and preparation. He had seen it all before in his own family and in the village. He was no stranger to people leaving by the front door for America or stealing away silently by the back door without a send-off.

We shook hands and I bid him farewell. As I walked out the door he said, “Be good to others and they will be good to you.”

Actually, his question helped put me in departure mode. Sensing that he stood up and went into the room at the back of the fireplace. He reappeared with two glasses and a bottle of whiskey from which he poured more than adequate helpings. Matt himself was not known as an imbiber of spirits. Neither was I, and definitely not at ten-thirty in the morning. However, it was his way of both welcome and send off. He then got a jug of water and lightly irrigated the contents of both glasses.

Raising the glass he said, "I am delighted you came to visit." I responded that it was good to see him again and that along the way I would drop him a line. We both drank the contents of our glasses slowly without much to say to each other. Then I said, "Matt, I'll have to hit the road." He replied again that he was delighted that I came to see him.

Standing up to go I moved towards the door where we shook hands and I bid him farewell. As I walked out the door he said, "Be good to others and they will be good to you." It was the best send-off I ever experienced. In a nutshell he re-focused my inability to manage departure. Also, his words gave me a simple and profound purpose, an identity, a self-worth and the knowledge that it depended on me. I often wonder if he had said, "Love your neighbor as yourself," would it have had the same impact? I doubt it. May Matt rest in peace. He brought peace and purpose to me.