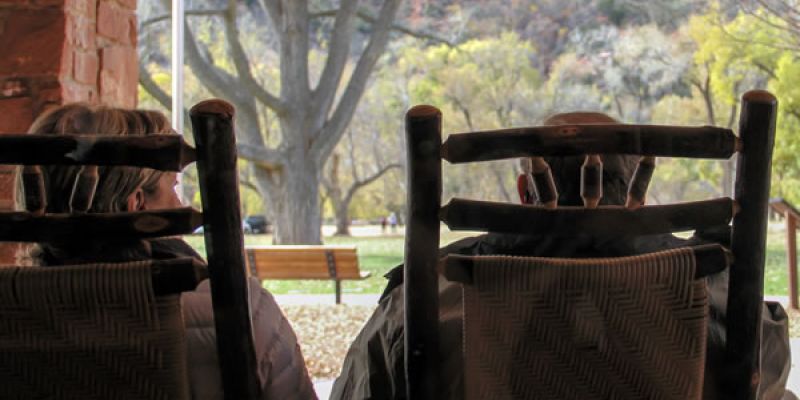 Encouraging Others in Korea

For more than a year, I spent most of my time visiting the elderly while on mission in South Korea. I would say that meeting the different types of elderly people is interesting and enjoyable but requires a lot of energy and a peaceful mind and heart to be able to listen to them. Among the elderly people I have engaged with are:

Sad to say, at least two of the elderly I have visited are now in God's hands.

Due to their age and physical condition many can no longer walk far. Most of them just stay in their houses and spend time watching television. There was a time I caught an elderly person drinking makgeolli (rice wine) just to ease her loneliness. Some of them spend time sitting near the window waiting for the daylight to fade.

How did I meet them? One night, on my way home, I was in deep thought about my presence here as a missionary. I saw an elderly person standing along the way. As I came near to her, I greeted her with a smile, which she returned, and invited me to her house. When I went in I saw no-one inside except her. She invited me to sit with her on the floor and excitedly shared about her life without even knowing me. It was our first time meeting, but she was so excited and happy to have someone with her. Since it was 9 o'clock in the evening I had to say goodbye to her and go home. As I walked towards the door she asked me to visit her, as she lived alone and had nobody with whom she could talk. And I did promise to visit her.

When I was first sent to Bongcheon dong, during my free time I roamed around just to see the place. I hoped that it might help me understand my presence there. In doing that, I noticed many elderly people sitting on the street. As time passed, my face became familiar to them and some knew me. I met some of them in the church, and after Mass I used to walk with them on their way home until I received an invitation to visit their house. Some were introduced to me by a nun living in the area. After more than a year in Bongcheon dong mission parish I decided to spend some of my time at GuRyong village. It is about 45 minutes away from Bongcheon dong. With the help of Fr. Lim Yong-Hwan (the Chief of Urban Poor Apostolate Committee), I met Sister Lucia who is staying in the village. She introduced me to the elders with whom I now spend time.

In moments of doubt and uncertainty with the life I am now living, I could say that God is always there watching and guiding and leading me to situations that help me understand my life as a missionary. Life can't be a happy moment all the time. Along with happy moments there will always be situations that I encounter which could hold me back from continuing to share my life spending time with some who are longing for someone's presence – those who would love to have someone who could help them feel their value as an individual. At first, I spent most of my time helping the people working in the mission parish, and it was not easy, especially when all of them were mothers and some were already grandmothers.

They were sometimes overly protective of me. For most of my two years living in this place where I am assigned, I found grandmothers, mothers and friends. During that time I encountered someone who would question my presence here in Korea as a missionary. I also met someone who looked at me as if I did something wrong, just because of their past experience with a foreigner. Many of the people I me thought that I was one of the Filipinas who are married to Korean men. Sometimes I would encounter a Korean mother who wanted me to become a daughter-inlaw. I have felt the limited way people see and think about the Filipino women in this country. I can't blame them for the way they look at every Filipino woman, because I have no idea about their previous experience with Filipino women. But there were moments when I told a mother that her son is not a child anymore and to let him live his own life. I remember one mother who told me that she was looking for a woman for her son and started enumerating the properties that her son had. She told me that she was interested in me. I smiled, thanked her for the compliment, told her I believed that I was not the woman for her son, and that I would pray that he would find the right woman for him.

I may experience challenges on my journey as a missionary. It is important that I give time to see the tears and feel the hugs and kisses from those whom I am encountering, especially the elderly. I need to show respect, even to those who don't show respect to me. I need to be gentle to those who are trying to be strong, and share love, especially with those who are feeling unloved. I may be still young and innocent in the eyes of other people but my heart hears, sees and feels the pain in lonely people. Life may not always be good to me, but I always have the space to make someone laugh, despite my limited Korean language. My own uniqueness makes my mission journey memorable and fills it with joy. For that, I am forever grateful to our God.