A Missionary in His Own Country 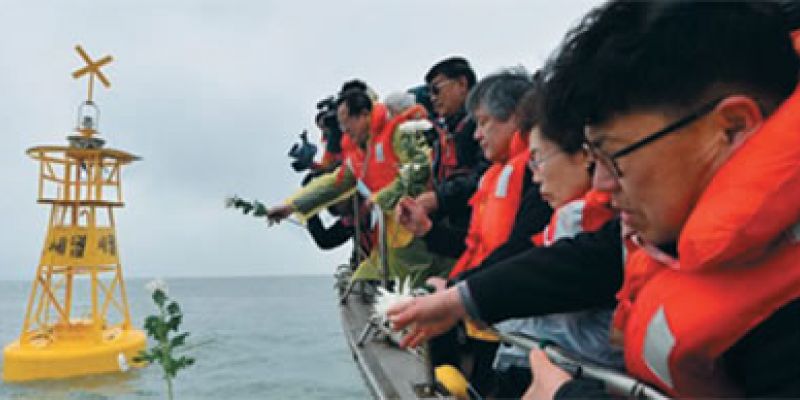 Fr. Thomas Nan was ordained in 2002 and spent eight years in Peru as a Columban missionary. “When I was young I never knew the Columbans. I was an altar server in my parish and always thought I would become a diocesan priest. It was through a friend that I was introduced to the Columbans and then decided to become a missionary priest. My parents live in Seoul, and I have one brother who is married.”

“How can I be a missionary in my own country?” This has been the question that has haunted me since returning home to Korea from Peru several years ago. Back in Korea it took a lot of prayer and discernment with fellow Columbans to discover the most urgent missionary tasks I could commit myself to. I now have three missionary commitments in my own country.

Looking for Columban supporters throughout the different dioceses of Korea keeps me very busy. Every Sunday I visit a different parish to celebrate the Eucharist and to invite parishioners to subscribe to the Korean Columban magazine and support the missionary efforts of Columbans by their prayers and contributions. This is difficult but important work. There are now many Korean Columban missionaries spread around the world who need the support of the Korean faithful to be able to continue their work.

On the first Friday of each month Columban supporters in Seoul meet at the Columban Mission Center for a talk on the missionary nature of the church, followed by the celebration of the Eucharist.

Celebrating the Eucharist in the open air during protests against injustices has a long tradition in Korea. I believe it is important for the Church to accompany those who suffer injustice and to express solidarity with them. One way we do that is by offering the Eucharist as a sign of solidarity with them, in a very public manner, right out on the street or at the protest site.

Each morning the Eucharist is offered at this protest site against the construction of a naval base on the southern island of Jeju. Columban Fr. Pat Cunningham and myself when possible, participate in the celebration of this Eucharist. For at least one hour, according to Korean Law, construction of the naval base has to come to a halt because of the presence of a religious celebration. Other religious groups also hold their religious ceremonies at different times during the day.

Many people including the Bishops, clergy and laity of the local dioceses both on the island and close-by on the mainland, oppose the construction of this naval base, not only because it will lead to the militarization of the area, but also because of the great environmental harm caused by its construction. Its construction has also greatly damaged the livelihood of local fishermen.

As I am based in Seoul, it is much easier for me to participate in the celebration of the Eucharist each Wednesday at the protest site for the victims of the ferry, the Sewol, that capsized traveling from Incheon on the mainland to the island of Jeju. Most of the 304 victims were secondary school students.

Many of the relatives of the victims believe the government investigation into the disaster was inadequate because of the lack of accountability from high level authorities. They accuse the government of corruption and incompetency that helped cause the ferry disaster.

Every Wednesday at a protest site in a public square in Seoul, where the relatives of the ferry victims have erected a tent in a permanent protest site, different religious congregations including the Columbans take turns to celebrate the Eucharist and pray for justice for the victims and their families. I believe it is important for me to be one of the celebrants of this Eucharist.

The Korean Confederation of Trade Unions

The Eucharist is also celebrated every first Monday for workers belonging to Trade Unions who fear reductions in wages, job security and retirement benefits due to government policies. Whenever possible, I try to participate in this Eucharistic celebration.

My other missionary commitment is to coordinate the Columban Priest Associate Program. This is a program that invites diocesan priests, with the approval of their bishops, to work with Columban missionaries in an overseas appointment for a maximum of six years.

At the moment, there are thirteen Korean Priest Associates from five Korean dioceses working in Chile, Peru, Fiji and the Philippines. There are eighteen priests who have finished their overseas missionary experience and have now returned to their home dioceses.

My job is to invite diocesan priests to consider the possibility of an overseas missionary experience, to help train them once they have been accepted and to help them re-integrate into their home dioceses upon their return.